No Justice for Yame, Student Found Dead 9 Months Ago in Tawang

ITANAGAR: On September 16 last year, Toko Yame, a class 12 student at the government higher secondary school in Tawang in Arunachal Pradesh went missing after an altercation with students of Jawahar Navodaya Vidyalaya (JNV). It would take more than a week for authorities to locate his body, by which time it had decomposed so much that it was almost beyond recognition. The family, meanwhile, waits for justice.

Nine months since the incident, the 17-year old’s family is alleging that the police have yet to make any significant headway and arrests in the case.

As news coverage about the incident grew in the local media, several youth and students’ organisations began condemning the incident and called for a thorough probe into the murder. Taking lead in the criticism of the state authorities in failing to make any concrete progress in the case is the All East Kameng District Students’ Union (AEKDSU).

Toko Yame was an East Kameng native who was studying in Tawang, around 400 km away from his hometown.

What complicated matters was the underlying communal tension that began to brew.

Toko was a member of the Aka tribe while Tawang is almost exclusively the traditional home of the Monpa people. Hectic parleys between community organisations, government officials, and rural body leaders ensured that there was no retaliation or a flaring up of violence but the atmosphere remained tense. But frustrated with the growing delay in resolving the murder, Toko’s family began to lose patience with the authorities.

On May 15, his father, Koya Yame, told reporters here that he lacked confidence in the special investigation team (SIT) that was formed to investigate the case.

He had also said that his son was murdered because he was a ‘gidu’- a term used to refer to non-Monpas and is seen to carry negative connotations. The distraught father had alleged that it was not just students who were involved in the altercation and that local residents and police also assaulted his son and other students who were not from Tawang, whilst they were taunted by the ‘gidu’ term.

Koya had claimed that his son was subjected to inhumane torture before being killed. He said that his son’s hands were put in boiling water, an ear and an eyeball were missing, one of his knees and his skull was punctured, there were restrained marks on wrist and neck, and stab marks on the throat.

One recent media report said that 35 people, including juveniles and adults, have been named in the charge-sheet but it has not been submitted to the district police as yet.

On Monday at the state capital, hundreds of people came out to take part in a rally staged by the All East Kameng District Students’ Union (AEKDSU), and Toko’s family.

AEKDSU is demanding that the state government call the CBI for an inquiry and to terminate the police personnel who were on PCR duty on the day of the incident. Toko’s father has appealed to the people to support AEKDSU to bring justice for his son and to hang the accused.

The protestors also served a 15-day ultimatum to the state government to meet their demands, failing which they have warned of an ‘economic blockade’ against Tawang district, which could see the supply of food and other essential amenities being cut-off.

At the protest rally today, a visibly upset Koya said that they will continue their fight until justice is delivered. 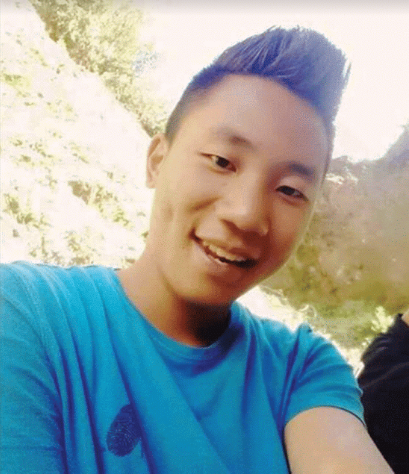 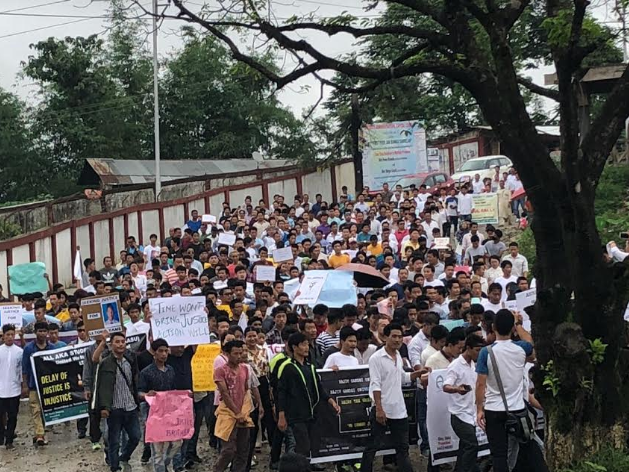