KHOIRABARI (Assam): Jaymati Das in her mid 50s has got tired of proving her and her sons’ citizenship. She has made any number of visits to the court to prove that she and her two sons are genuine Indian citizens.

Her husband Gopal Das had also received a similar notice. Sick and ailing, Das could not take the pressure and committed suicide.

“This is what we were destined to see. After all the humiliation, I lost my husband. Now, do you think I deserve to be alive here?” a sobbing Jaymati told The Citizen sitting on the steps leading to her tiny residence at Nichilamari village in Assam’s Udalguri district. This is near the India-Bhutan border. 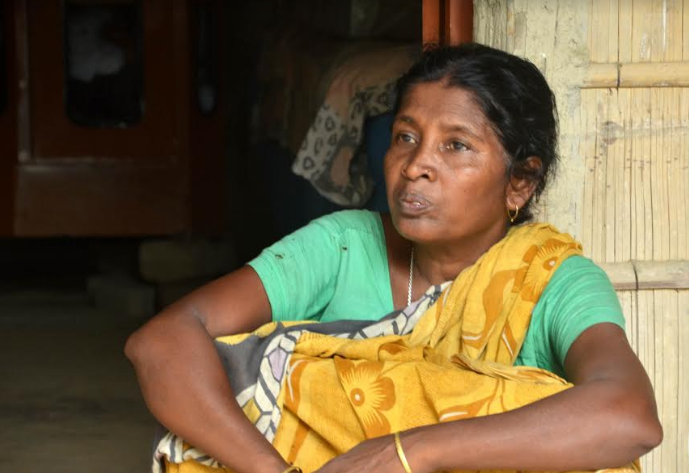 To check alleged illegal settlers in Assam, the Border department of theAssam police, sends names of “doubtful” persons to the respective branches of the Foreigners Tribunal or FT which were set up to deal with the illegal settlers issue.

Accordingly, the FT serves notice to the individuals who are suspected to be living here without valid documents or who might have crossed the border after March 25. 1971 which is the cutoff date to detect illegal citizens across the state. Assam has at least 100 FTs.

If the individual fails to prove his citizenship he or she is sent to the designated detention centres before the deportation process starts. 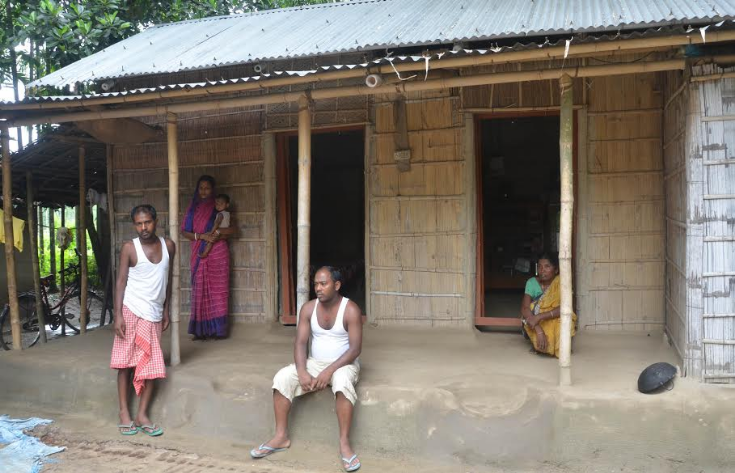 The government record says that there are at least 899 declared foreigners who have been put up in the six detention camps in Assam.

On the other hand, the Election Commission of India (ECI) has started marking voters as D or Doubtful who have failed to prove their citizenship since 1997 in the electoral rolls. And the D voters are neither allowed to cast their votes nor can they contest in the electoral process.

Jaymati said that her husband has been very tense for the past several days ever since they received a notice from the Foreigners Tribunal which asked Gopal Das to prove his Indian citizenship. She said that the name of her husband was featured in the voters’ list of 1966. “He even cast his votes in the elections,” she added.

Additional Superintendent of Police of Udalguri district, Abhijit Gaurav, however, said that the police are yet to come out with a concrete report. “It’s difficult to say that the individual had committed suicide only because he was served notice or so. He hasn’t left any suicide note either. Our investigation is going on,” Gaurav told The Citizen.

Gopal Das’ eldest son Ganesh Das, in his mid 30s, who has also been served notice by the Foreigners Tribunal, narrating the story of his father, said that he was depressed for the last several weeks though he had not said anything specific to the family.

“Father had visited the FT at least three times in the last one and half months. June 6 was the last time he visited the tribunal and the next hearing was on June 26. He also gave around Rs 15,000 to the advocate. For us, Rs 15,000 means a lot,” a visibly worried Ganesh said.

Ganesh who runs a cycle repairing centre at Khoirabari town which is nearly 10 kilometers from his house, has not even opened the workship since his father died.

“We are not mentally in a state to work. We have lost our guide,” Ganesh who couldn’t complete his high school due to acute poverty said.

After the incident, the entire family is in deep shock. Following this, they are haunted by the thoughts of being stateless at this stage in their lives. The worry is palpable.

With the updated National Register of Citizens (NRC) which is going to be published on July 30, they are scared that their names will not be featured in the final draft.

The first NRC was prepared in 1951 after the census of the same year. It was put together by recording particulars of all the persons enumerated during that census. Unique to the state of Assam, this document was prepared to distinguish Indian citizens from illegal migrants from then East Pakistan (now, Bangladesh).

Now, the updated NRC will be published to include the names of those persons or their descendants whose names appeared in the NRC, 1951 or in any of the Electoral Rolls up to March 25 of 1971 or in any one of the other admissible documents issued up to midnight of the same period, which would prove their presence in Assam.

According to a new notification of the NRC office, all the family members of those persons whose names have been referred to the FT for proving their citizenships or have been marked as D or Doubtful voters will be excluded from the final draft.

Narayan Das, younger brother of Ganesh who has been working in a manufacturing unit in Tamil Nadu for the last seven years is also worried to go back to work and leave his family behind.

“Now, if our names are also not featured in the NRC, we will be doomed. I have no idea what to do now. I don’t want to see my brother and mother to suffer again,” said Narayan who was also served a notice by the FT to prove his citizenship. He managed to do.

This is not an isolated case of suicide in Assam. Over the last several years at least 10 persons of Bengal origin have reportedly killed themselves under pressure to prove their citizenship.

All Assam Bengali Youth Students’ Federation (AABYSF), a students’ body has alleged that the border police is responsible for randomly marking people as doubtful.

“It’s the responsibility of the chief minister Sarbananda Sonowal to control this kind of irregularity. I urge the CM to do something and provide relief the people from such harassment,” AABYSF president Kamal Choudhury said. Choudhury also demanded compensation for these victims.

Choudhury said that it’s not a solitary case.

Assam Border Police DIG Raunak Ali Hazarika, however, refuted the allegation of harassment saying that this was legally not possible.

“See, our basic job is to submit the names to the Foreigners Tribunal after proper verification of the papers if any individual is suspected to be illegally staying here,” Hazarika said.

On the issue of mistaken identity and wrong accusations, Hazarika said that they give ample opportunity to the accused individuals as per the law to prove their citizenship.

Local media has reported at least 10 such deaths in the last two years across the state. In September 2016, one Aklima Bewa, 62, allegedly committed suicide Bongaigaon district (https://www.telegraphindia.com/1160909/jsp/northeast/story_107167.jsp).

In July 2017 one Saibun Nesa Laskar (45), a resident of South Mohanpur in Sonai constituency in Barak Valley, allegedly committed suicide, as she was unable to trace the legacy data of her ancestors, reported Assam Tribune (http://www.assamtribune.com/scripts/detailsnew.asp?id=jul0315/state053).

Activist and researcher Abdul Kalam Azad said that the so called declared foreigners or the doubtful voters who are still outside the camps are not living a normal life. And said that he kept getting posts on the social media from citizens scared of being detained, and stating they will commit suicide.

“My online search takes me to Emile Durkheim who teaches me that suicide is not an individual act but the society is in complicit with this horror,” Kalam told The Citizen.

According to state government’s reply in the Assembly in March this year, the number of D voters is 1,25,333 in Assam.