SRINAGAR: For Dr Abdul Gani Poshwaal and his family June 29, 2018 was doomsday. The body of his 16 year old son Faizan Ahmed Poshwaal was lying on the hospital stretcher in front of him. Faizan’s clothes and the stretcher were drenched with blood from multiple bullet fired by the security forces during an encounter in Chatapora village of Pulwama district.

The doctor could never have imagined that one of the bodies he would tend to in the emergency would be that of his son. Faizan was killed two months after his 15th birthday, and three months before he completed Class X Board examinations.

Dr Poshwaal recalls: “ It was a gloomy day with rain forecast. I woke up before dawn, offered my morning prayers in the nearby mosque as per my daily routine. And found it a little strange that Faizan had not woken up, as it was rare for him to miss the morning namaaz.

I went to the hospital, a five minute walk from my residence.”

Shaheen Kausar, Faizan’s mother said that he woke up around 11.30 and quickly got ready for the Friday prayers at Pampore. He left without having breakfast, saying he would join the family for lunch after the pryaers. He did not return.

DrPoshwal said, “I was doing my work at the district hospital, Pulwama, whn the news about the encounter at Chatapora came in. Within 30 minutes persons with bullet and pellet injuries started being brought in for treatment. On seeing the large huge number of injured people I stared to worry about Faizan so I called him on his cellphone to inquire about his whereabouts but there was no response on the other end. I got busy in attending the injured from the encounter site but my heart was worried about Faizan. I decided to call him again but there was no response. After attending to five or six persons iinjured from the encounter I was heading back when my phone rang and I was asked to report to the Emergency again.As soon as I reached I felt that something was wrong. My colleagues looked worried, many were crying. I was approached by the Medical Superintendent and others who started to console me even as I was asking them what had happened. Then I saw my sons body wrapped in a blood soaked sheet near the operation theatre. Faizan had betrayed me, he had left me.”

Faizan’s first funeral prayer was offered in the hospital premises wherehe had spent most of his childhood. Amid angry slogans and heavy rain his body was transported to Pampore’s Gosannad – Ludhown for burial with masses turning up for funeral. It thundred and rained like never before, as the skies mourned the death of the popular young lad Faiza Ahmed Poshwaal.

Photographs of his family and his grave: 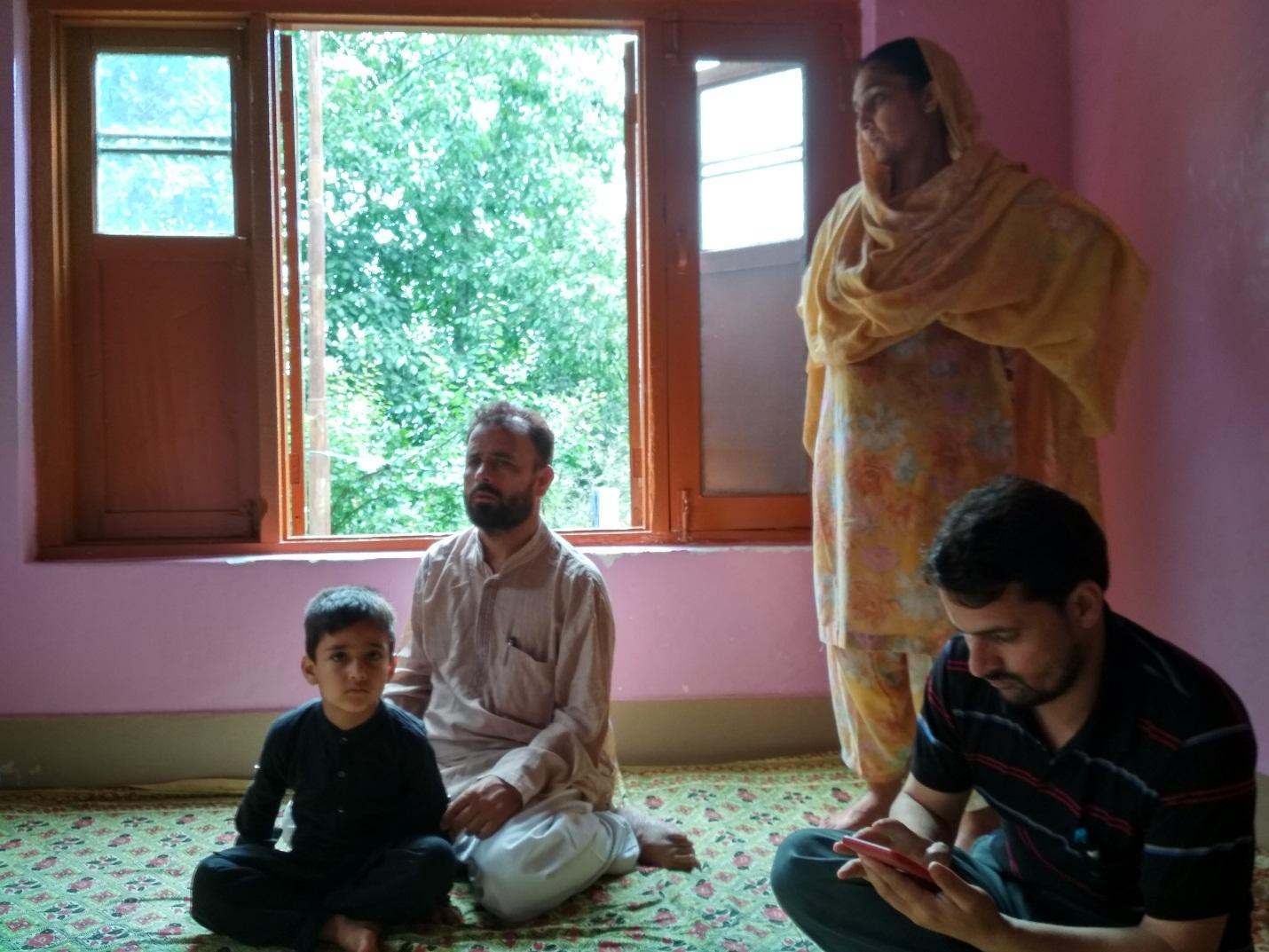 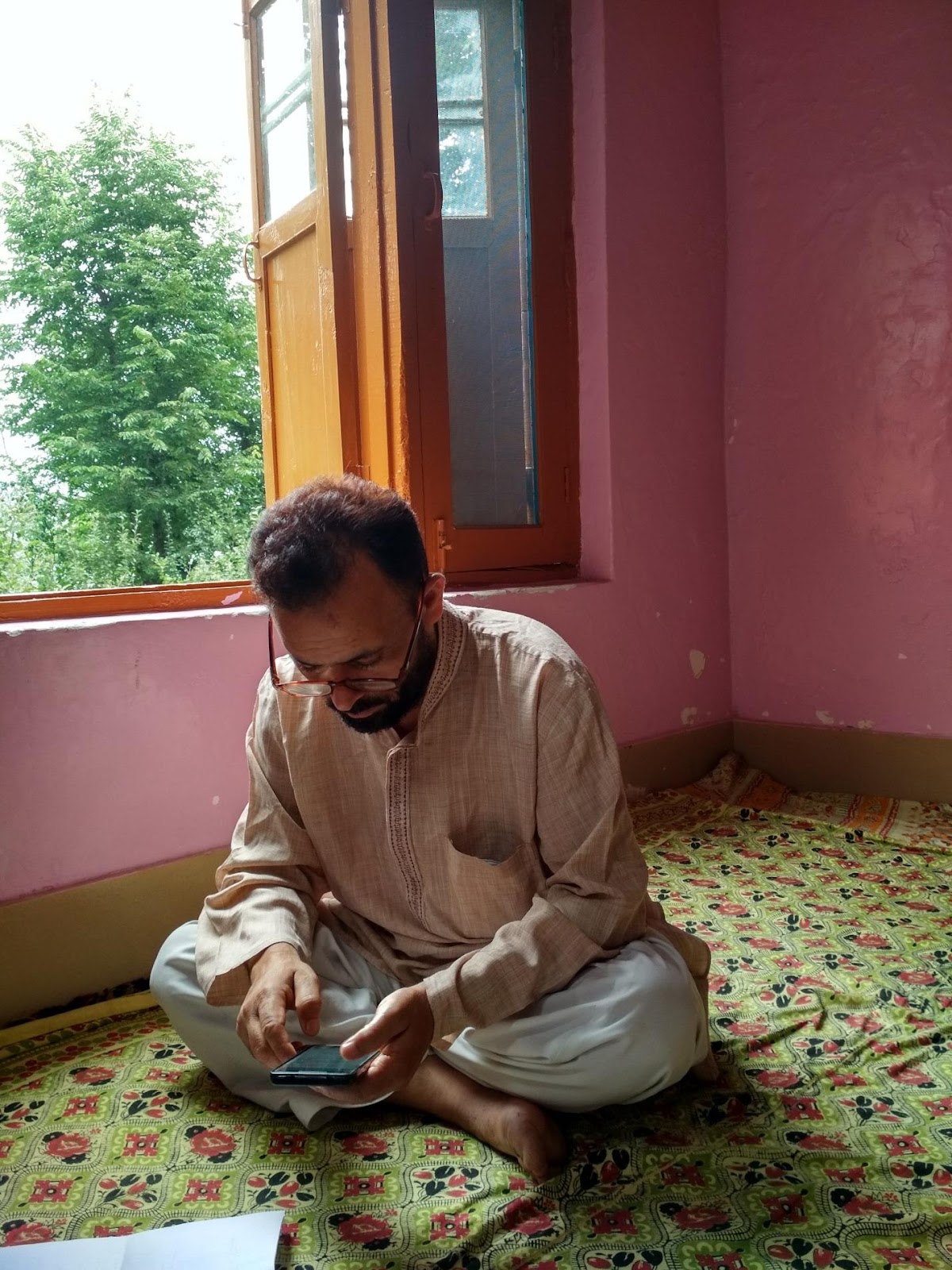 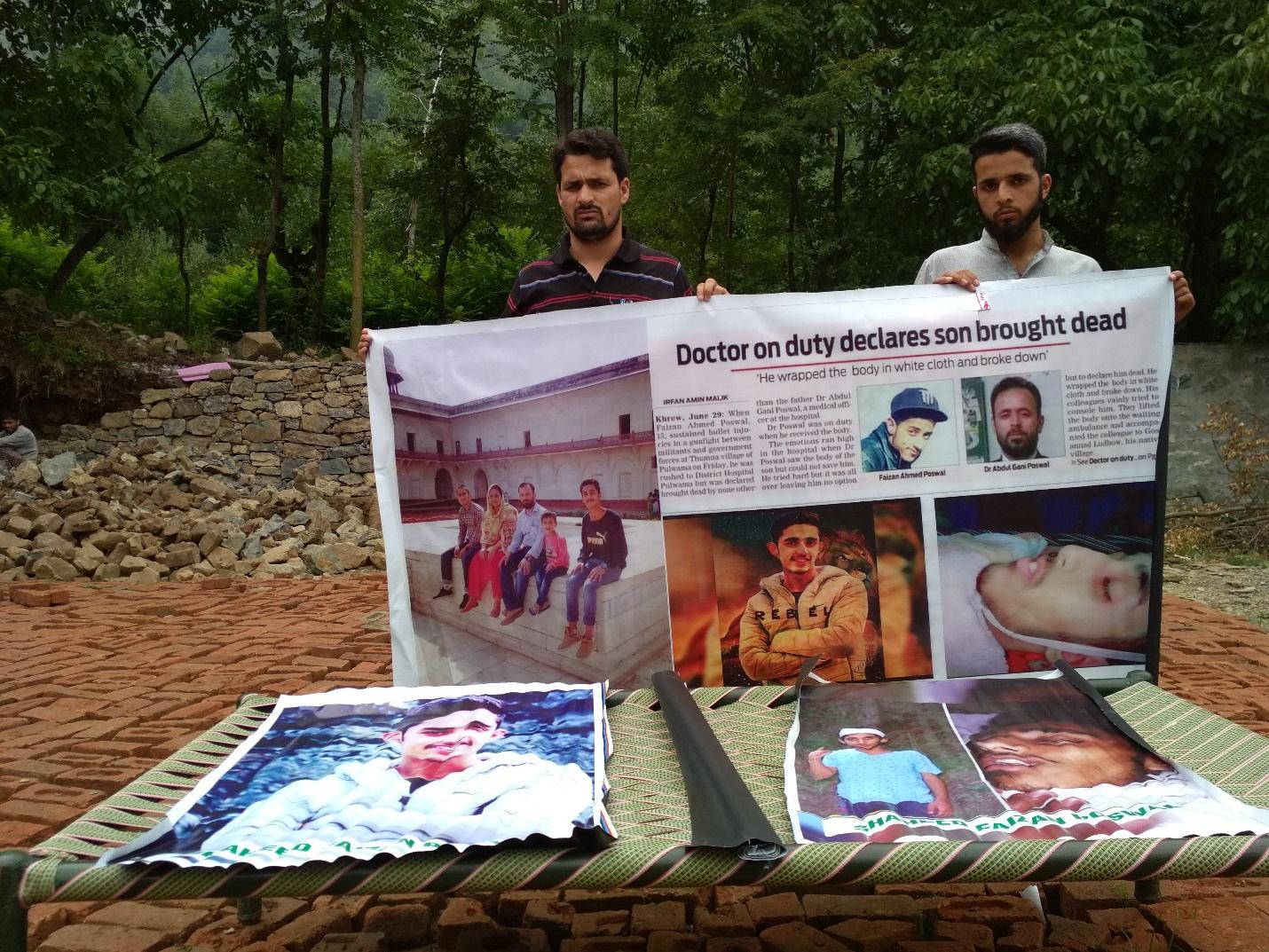 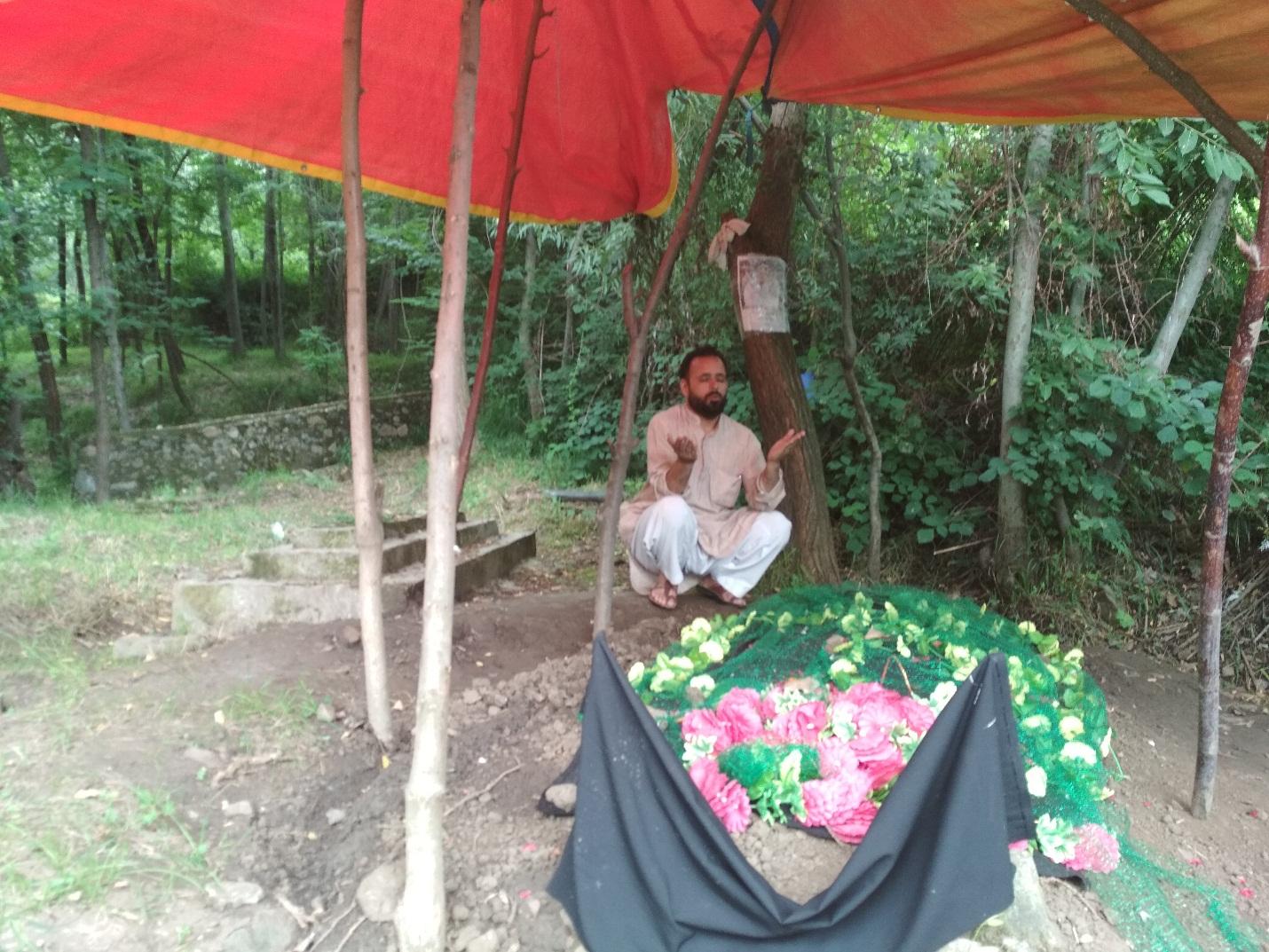 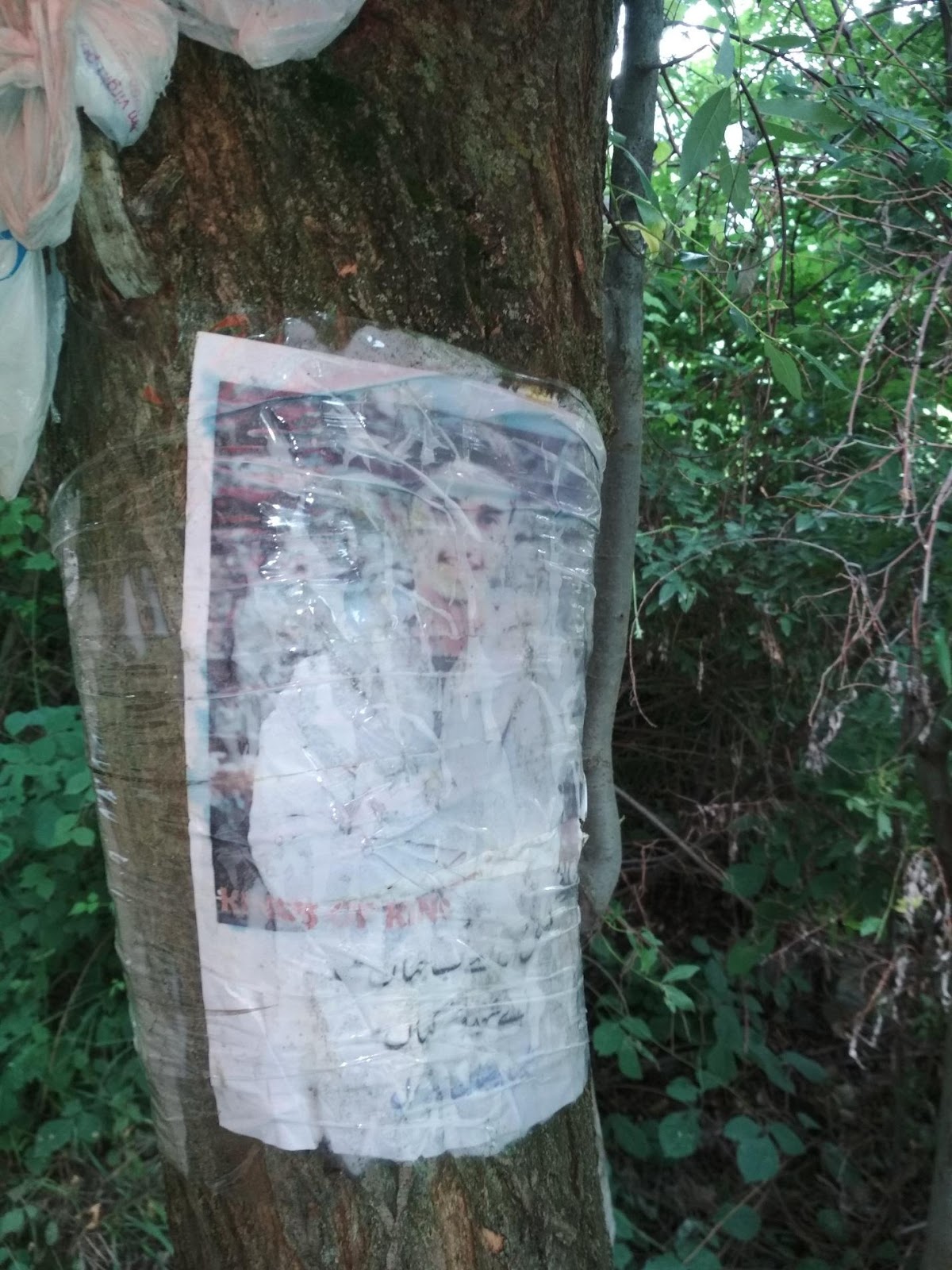 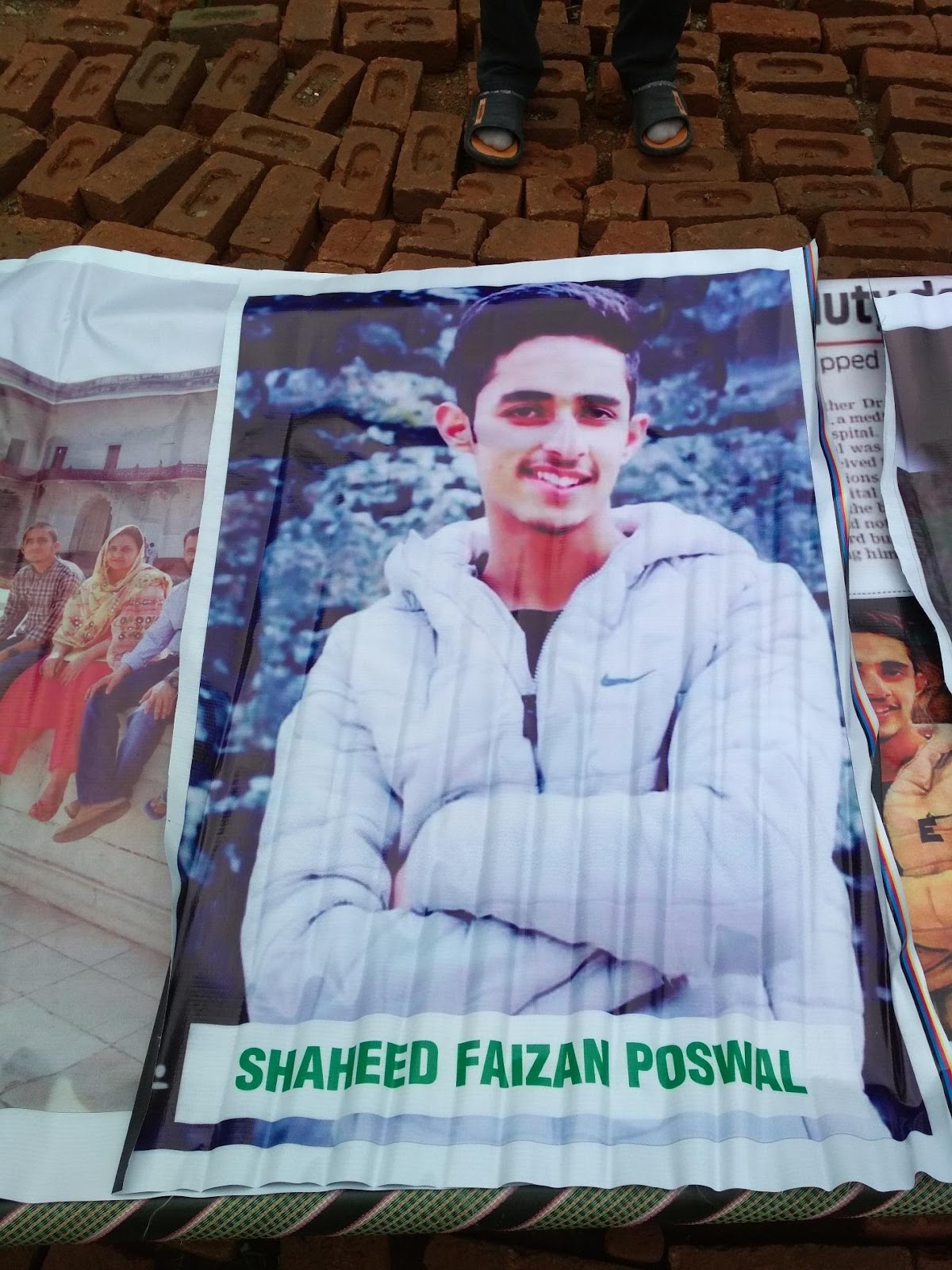