Shepherds of Paradise, Line of Control

GUWAHATI: Raja Shabir Khan, a National Award winning filmmaker from Kashmir, is pained that he cannot screen his film in front of his home audience.

Khan, whose film ‘Shepherds of Paradise’ has been appreciated far and wide, was speaking at the first Guwahati International Documentary, Short and Animation Film Festival. His film was also screened during this three day festival, organised by the Assam-government owned Jyoti Chitraban Film Studio, in association with the DBH Regional Government Film and Television Institute in Guwahati.

“It’s painful not to be able to screen my film in Kashmir. When I won the National Award, it was in the local papers and that’s how people got to know, but there was no way I could arrange screenings for them. The people who knew me, for them I sent links and they watched it on their computers or phones, but not the general public, not on the big screens. Because of the visuals and locations, it’s to be watched on the big screen but very few people have seen it,” Khan, an alum of the Satyajit Ray Film and Television Institute, told The Citizen.

‘Shepherds of Paradise’ won the awards for Best Non-Feature Film and Best Cinematography at the 60th National Film Awards in 2013. The documentary is about the nomadic lives of the Gujjar and Bakerwal shepherds of Jammu and Kashmir. It is about the challenges they face in their daily lives, particularly when they move from the Jammu plains to the Kashmir valley.

The film narrates the challenges and difficulties posed to these people as they cover the 300-kilometre distance on foot, and explore the beauty of this place called Paradise on Earth.

“There is some stigma attached to films in Kashmir. Because the large number of Muslims there feel that watching cinema is not considered good in religion. Till the 1990s we had cinemas and it’s not that people didn’t come to watch films. But gradually, the militants shut down all the cinemas and people also don’t think of cinema as necessary. Apart from that the government is not taking the initiative it actually should. Again, in colleges there is a lack of expertise. Say the mass communication department might be headed by the head of the department of English. This is unfortunate,” said Khan, who is one of the few filmmakers from the region. 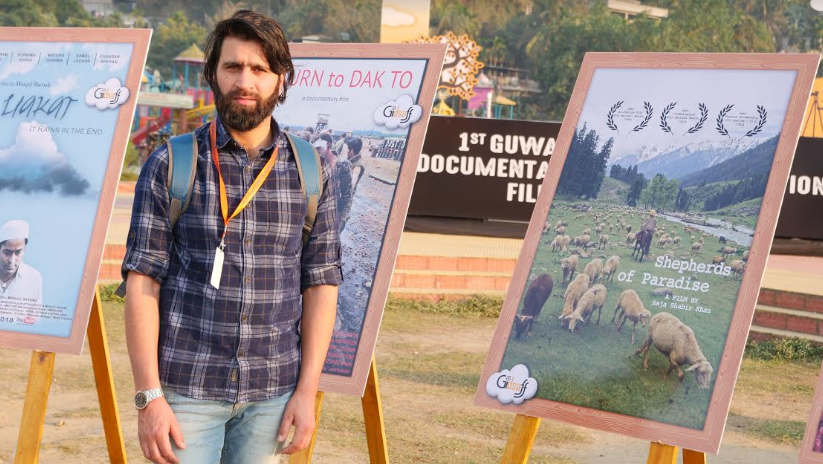 There is only one theatre there, run by the state government’s Ministry of Culture.

The filmmakers also face hurdles more than any other place in the country when doing their job. “As a documentary filmmaker, the government, the administration and the police don’t recognise you and don’t allow you to shoot on certain things. Only journalists who have press cards are allowed to travel to certain areas. Under such circumstances documentary filmmakers like me a face lot of trouble,” said Khan.

Security personnel didn’t allow Khan to go to a border village to complete the shooting of his last film. “While shooting ‘Line of Control’ I had a tough time. It is about a family divided by the line of control in Kashmir. I did 50 percent of the shoot and even left some of my equipment in the village. I went to Japan, then to Pakistan to do the research but the Indian side did not allow me to go to the village to complete my shoot. Somehow I managed to complete the shoot,” Khan said.

In another incident, locals in militancy-infested areas informed the police after mistaking his cameras for machine guns.

Khan’s other films are ‘Angels of Troubled Paradise’, ‘Delhi-Fear and Freedom’ and ‘Vanishing Glacier’.

The only good news in recent times, according to him, is the Kashmir World Film Festival, which has brought back some hope for cinema in Kashmir. 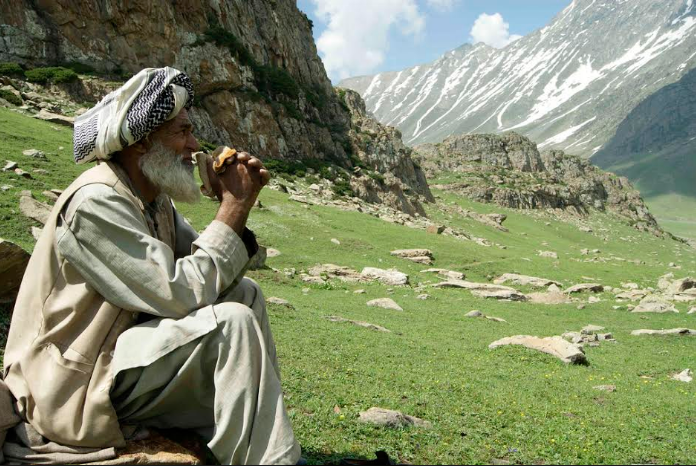