Longjam's most recent work tells of the impeccable effort of Achoubi, a widow who reinvents

GUWAHATI: Meena Longjam is one of the most promising filmmakers from northeast India and the first woman filmmaker from Manipur to win a National Award. She won it for her documentary ‘Autodriver’ (2015) which tells the story of the only woman auto driver in Imphal.

Longjam spoke to The Citizen during the first Guwahati International Documentary, Short and Animation Film Festival.

You are one of very few women filmmakers in the region who have been able to establish themselves - the journey must be challenging?

To be honest we are not even a handful, but I am sure that after knowing me and my work more serious filmmakers will be recognised in our region. The journey has definitely been challenging since I juggle the role of motherhood and also being a career oriented woman.

Your film ‘Autodriver’ was itself a statement on women’s empowerment. How would you like to define it now?

‘Autodriver’ is the embodiment of woman who fights against all odds ushering to a level where she not only wins heart, but shows the true essence of Manipuri women, their courage and usherance in a disturbing society.

It’s about Laibi, a lady auto driver based in conflict torn Imphal city. In order to support an ailing husband and education of her two sons, she takes up this profession defying a traditional society.

How difficult it is for you as a filmmaker being in Manipur? Do you think you could have done more elsewhere?

People say that Manipur is a filmmaker’s paradise. As there are layers and layers of stories embedded in every facets and myriads, perturbing and instilling the storyteller in you. But as a filmmaker, how much we know the craft; we at certain point feels we lack certain requisites and resources.

After the banning of Hindi films in the year 2000 by a group of self proclaimed patriots, all the cinema halls perished. But it gave a new horizon to digital films to spurge in Manipur.

We have made films for our people, our land and for the world to know about us; but you feel disheartened when you don’t have good platforms to screen and also invite filmmakers from around the world to see where we stand today.

Our neighbouring states like Assam, Arunachal Pradesh are bringing festivals of international repute to the people there, but for the past many years our state has not been able to host any festival of even regional or national repute.

Yes, with the kind of limitations and knowledge expansion platforms I do feel I would have got better opportunities in other places.

But what ties me down here is the love for my place and my people, the responsibility of ‘If I don’t tell my story who else will?’ 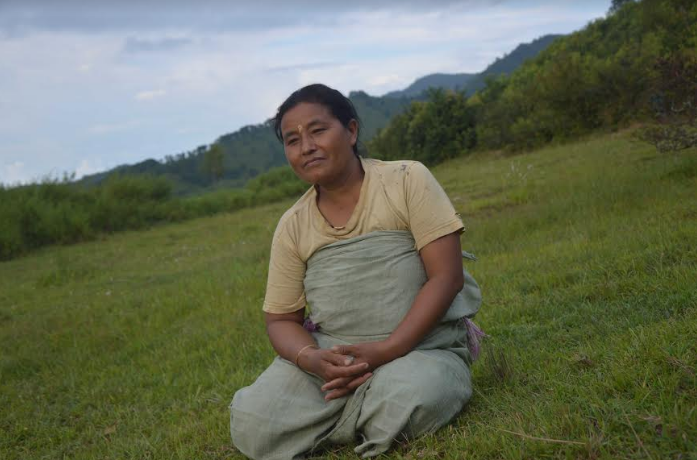 Was the ban on screening Hindi films in Manipur theatres a blessing in disguise?

Yes. It helped independent filmmakers come up with their own projects. See, that’s how Manipur today has a bunch of highly talented filmmakers. Probably, the highest number of documentary filmmakers from the region who have been able to prove themselves in different places.

They have achieved all this despite insufficient encouragement and support from the Manipur government. We don’t have festivals, forget about a film institute or film studio.

I think filmmakers like Paban Kumar have shown the path for the new age filmmakers, and following that, there are plenty.

What is the government doing to promote films and filmmakers?

There is a Manipur film awards program but apart from that, nothing. We have not been able to host any film festival for the past many years. I mean since I have arrived in the scene, I haven’t seen it. There is a lack of support in that sense.

We have a small organisation called the Tele Cine Foundation comprising young filmmakers. This group has been organising screenings, master classes and everything. They have actually backed the new documentary filmmakers in Manipur.

We don’t have a film school in Manipur. The Manipur State Film and Television Institute was supposed to come up in 2016. It was initiated by the Congress government and they even hired a director from Kolkata, but the current government is doing nothing in that regard.

Can you share some of your experiences of shooting ‘Autodriver’? What was the reaction of your protagonist?

Shooting ‘Autodriver’ was fun filled and at the same time a Herculean task. I was driving my Dad’s gifted old Santro car to chase her auto. So at the end credits my title card Director/ Car driver: Meena Longjam!

I think it was a lot of fun, yet gives a kind of instinctive bond with my subject and me. She is outrageously open, humble and very cooperative. Without Laibi and her spontaneity the film would not have had the kind of impact it did with the audience.

When I approached Laibi, she was already a well versed autodriver, though for anybody who encounters her for the first time, they will have their drama.

Laibi was already renowned in her locality for her driving feats, and her story had been covered in a local newspaper. But I encountered her for the first time in a small community market, where my eyes were not ready to believe that it was a woman driving a packed auto rickshaw with such audacity and poise. 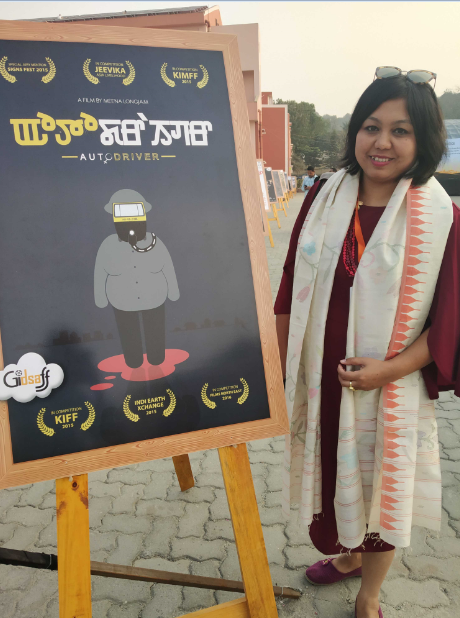 And since ‘Autodriver’, what are your new projects?

Besides my activities at the Manipur University of Culture, I also juggle my time as a single mother bringing up my two beautiful kids Aira and Bobby.

My recent work is another emotional journey for me. A documentary titled ‘Achoubi in Love’ which tells the story of the impeccable effort of Achoubi, a widow who reinvents a solution to protect indigenous Manipuri ponies through her inclusive engagement of love, by elaborating the wisdom of sharing, being an integral partner in the space we live in, rather than owning our living space for an exclusive existence. 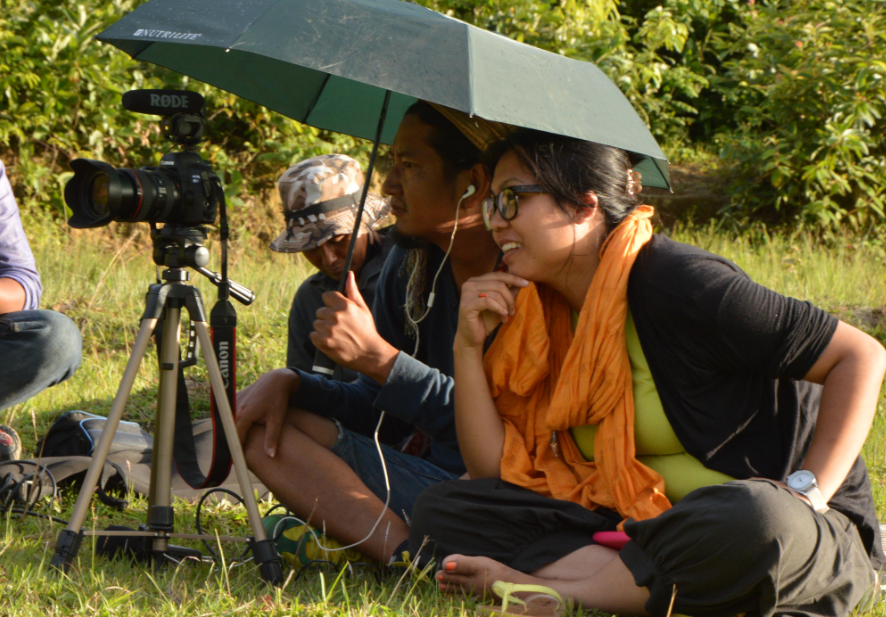