NEW DELHI/NORTH 24PARGANAS: Troopers of the Border Security Force allegedly beat up a young Muslim couple in Bithari, 24 Parganas for eating beef that is not banned in West Bengal. This incident reportedly occurred on March 26 but till date no action has been taken despite a written complaint by 24 year old Rabiul Gazi who was first attacked.

Accpording to the complaint, shared with The Citizen by Kirity Roy, national convenor of the Programme Against Custodial Torture & Impunity, Gazi (a farmer) had gone to the Bithari market to sell vegetables from his land. On the way back he purchased a kilo of beef for his family. He was stopped by BSF men near his house in Daharkkanda Uttarpara who asked him what he was carrying. When he said it was beef, they reportedly attacked him, beating him with their sticks. His wife Sabana Bibi rushed out of the house to help him but was also assaulted. As were other members of his family, his younger brother Kamrul Gazi and sister Mafusa Bibi.

The complaint records, “The BSF personnel started beating them up as well. There were no lady BSF personnel at the spot; the male personnel beat up women ruthlessly and verbally abused them”. Later the victims went to the local Sarapul Rural hospital for treatment for injuries. (Full report attached below.)

Neighbours who witnessed the incident have also been named in the complaint, which records they too heard the BSF men warning Gazi and his family not to complain, otherwise they would be framed in arms and narcotics cases.

Roy has written to the chairperson of the National Human Rights Commission asking for an enquiry, action against the BSF personnel, compensation to the victims, and security for the family.

The last arises from the threats and intimidation with the complaint lodged by Gazi recording, “Later a BSF ‘G’ branch officer along with local Panchayet member, Mr. Bajlu Rahman Dafadar came to the spot for investigation. The BSF ‘G’ branch officer stated that the perpetrator BSF constables have committed a mistake. Bithari Hakimpur Panchayet member, Mr. Bajlu Rahman Dafadar has visited the victim’s house on several occasions following the investigation. He has constantly requested the victims to not lodge any complaint against the perpetrator BSF personnel”.

The BSF men named in the complaint are Naveen Sanar and Uttam Kalal, both constables attached with Bithari Border Outpost, 76 Battalion, A Company.

Kirity Roy, in his letter to the NHRC chairperson has said, “The incident violates the rights guaranteed in Article 21 of Indian Constitution and also the premise of Article 6, 7 and 12 of the International Covenant on Civil and Political Rights as well as the Goal No. 3, 9 and 16 of the Sustainable Development Goals earmarked by the United Nations; and in both these international instruments the government of India is a party and have agreement.

"This act of offence by Border Security Force personnel and the subsequent inactive role of police was against the pledge which the Government of India has taken during the Fourth World Conference on Women; known as the Beijing Declaration; where the government had said that they are determined to prevent and eliminate all forms of violence against women and girls.” 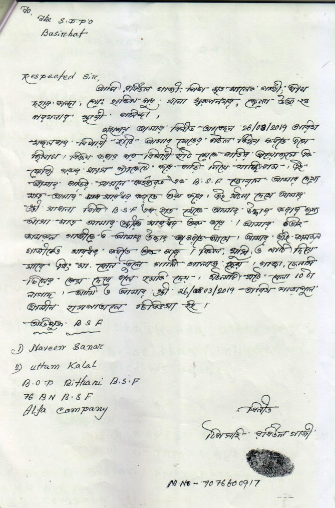 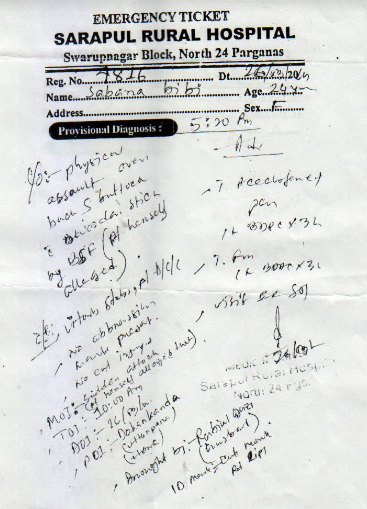 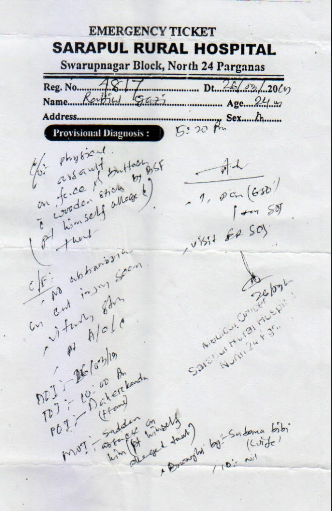