In pictures: Saga of floods in Kashmir

People of Kashmir were united against the catastrophe

SRINAGAR: The incessant rains last September resulted in huge deluge in most parts of Jammu and Kashmir. The Jhelum roaring above its banks, destroying everything that came its way was one of the biggest humanitarian emergencies of the century.

It killed at least 300 people in the state, abandoned millions of people and left the main city of Srinagar underwater for months to come. The houses were turned into rubbles; streets, shops, educational institutions and government buildings were flooded with water. While the communication system was cut off, there was no government in place.

The writer captured the catastrophic destruction and the chaos with his camera. The Citizen presents the saga of the Kashmir floods in pictures. 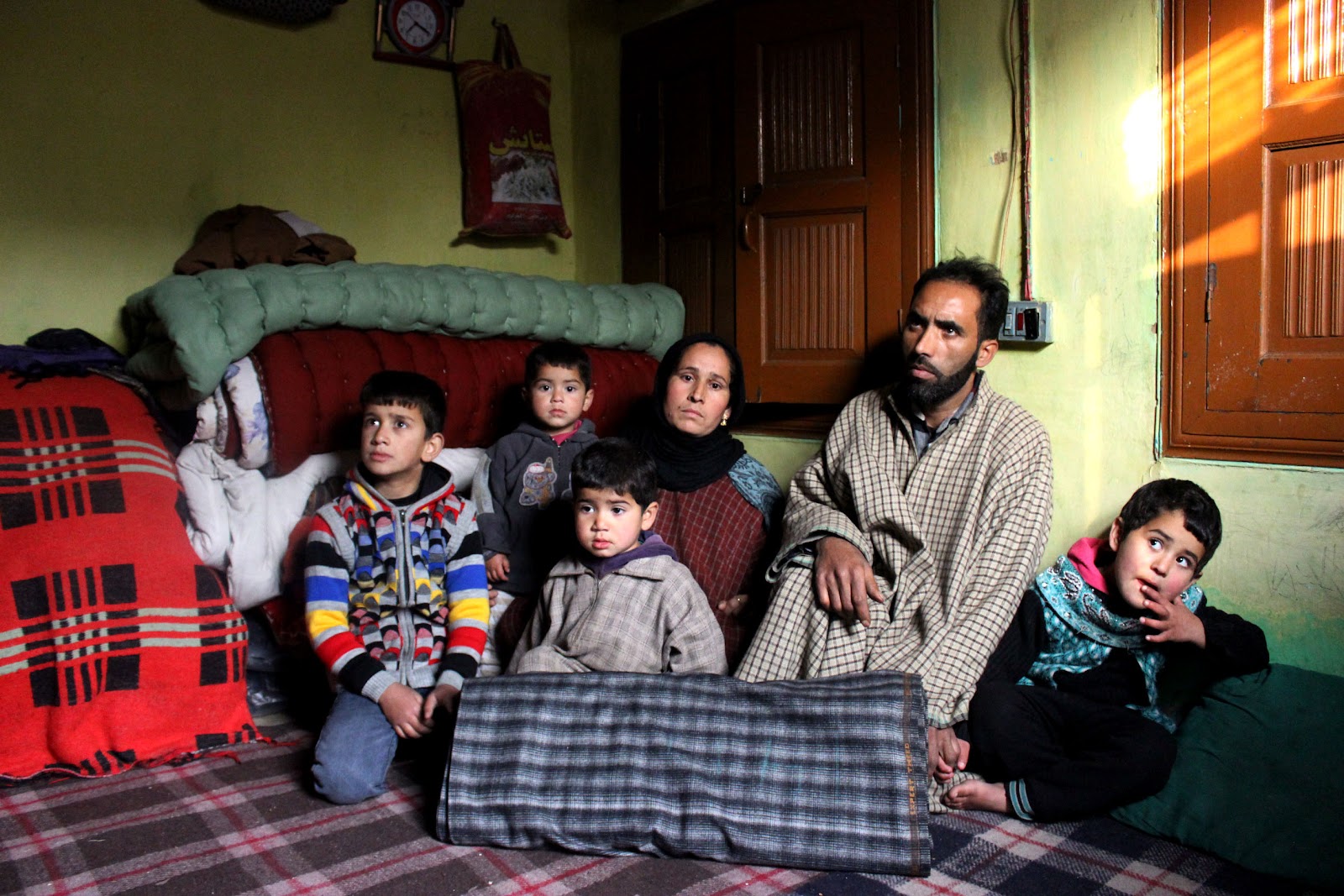 A family living in a single room provided by their neighbour after their house was turned into rubble by the devastating September floods at Bangidar in south Kashmir’s Anantnag district. A relief camp set up by the J&K government at Hiller in south Kashmir’s Anantnag district, the “NallahVashive” washed out the village. Hundreds of people spend months together in such relief camps across the valley. 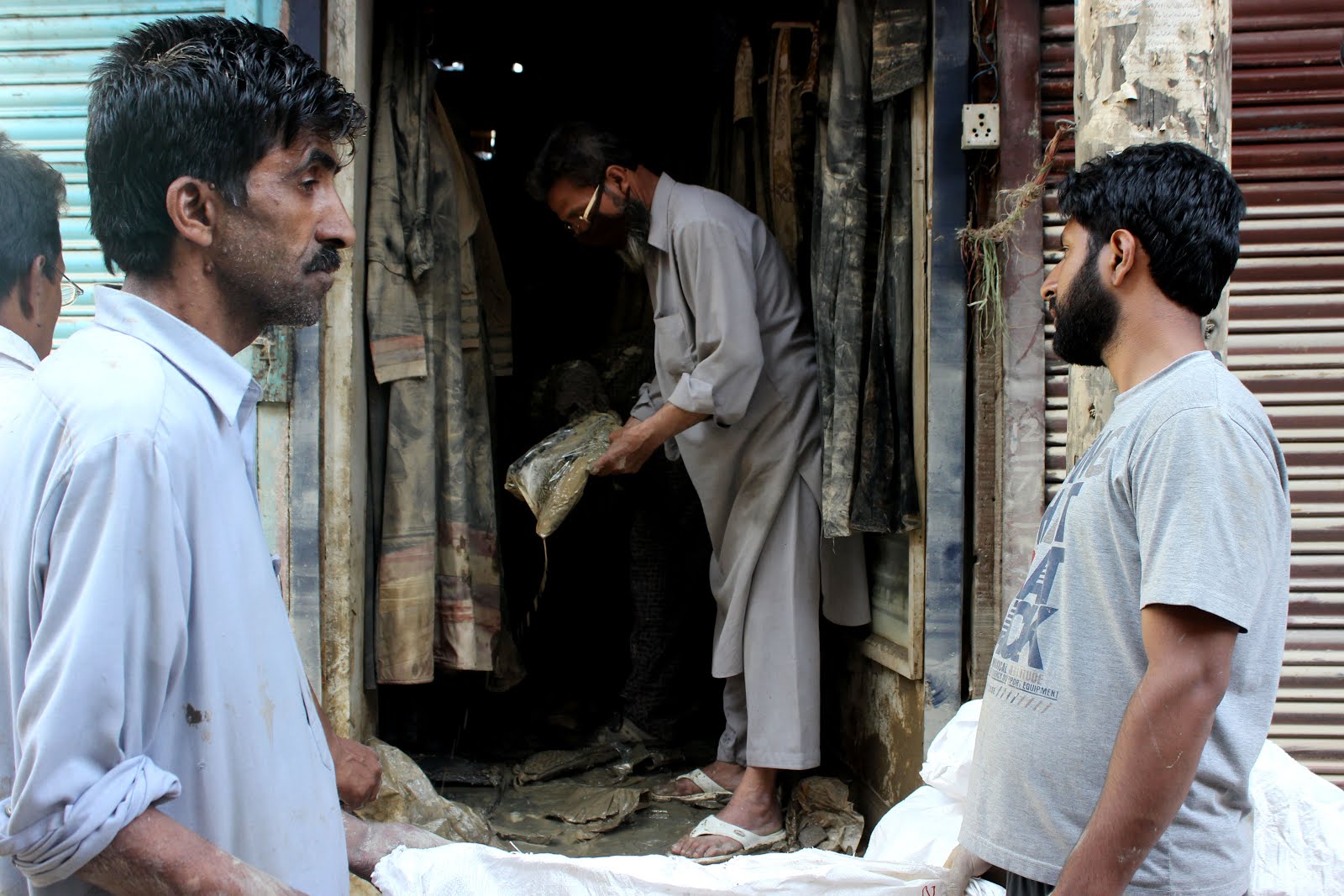 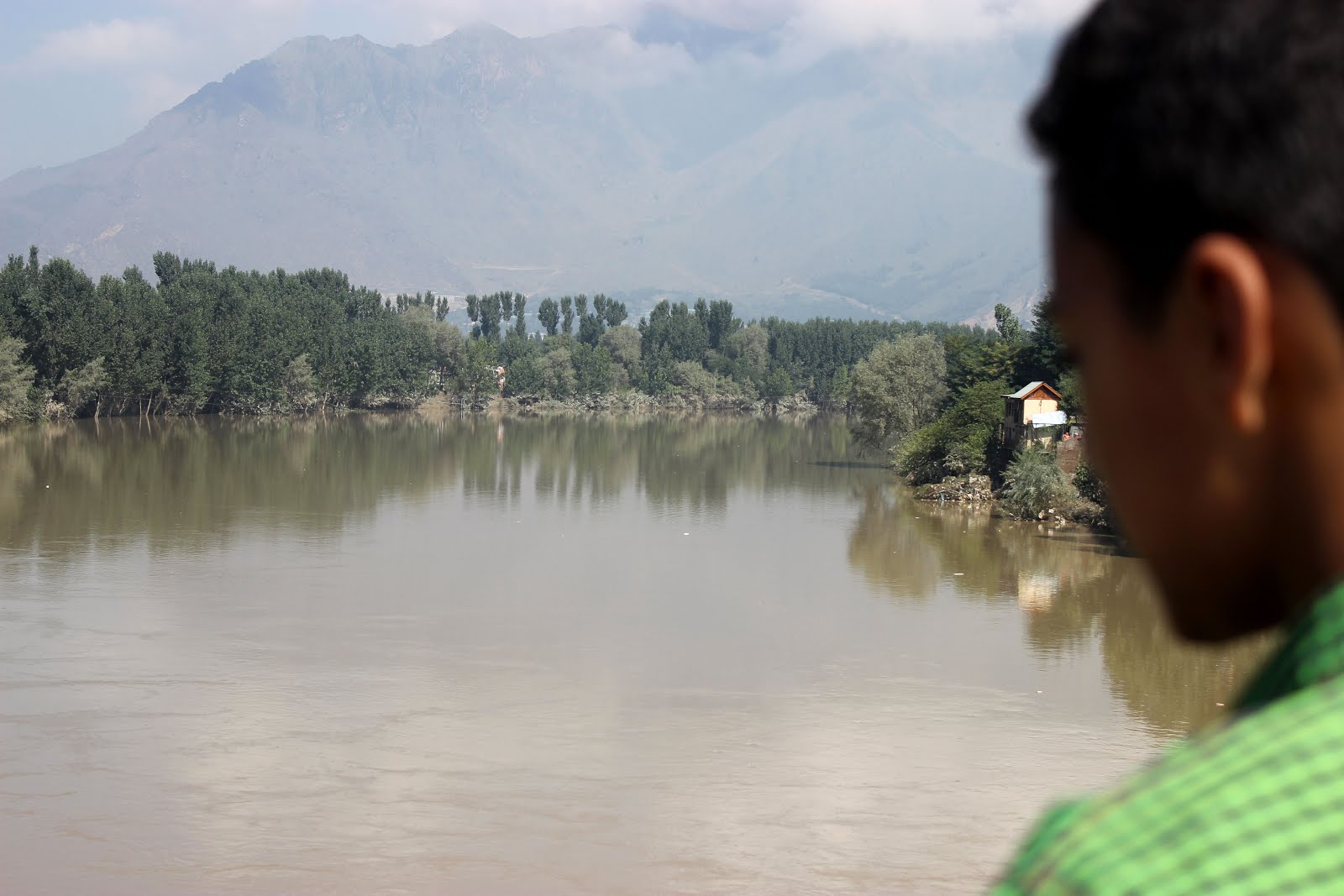 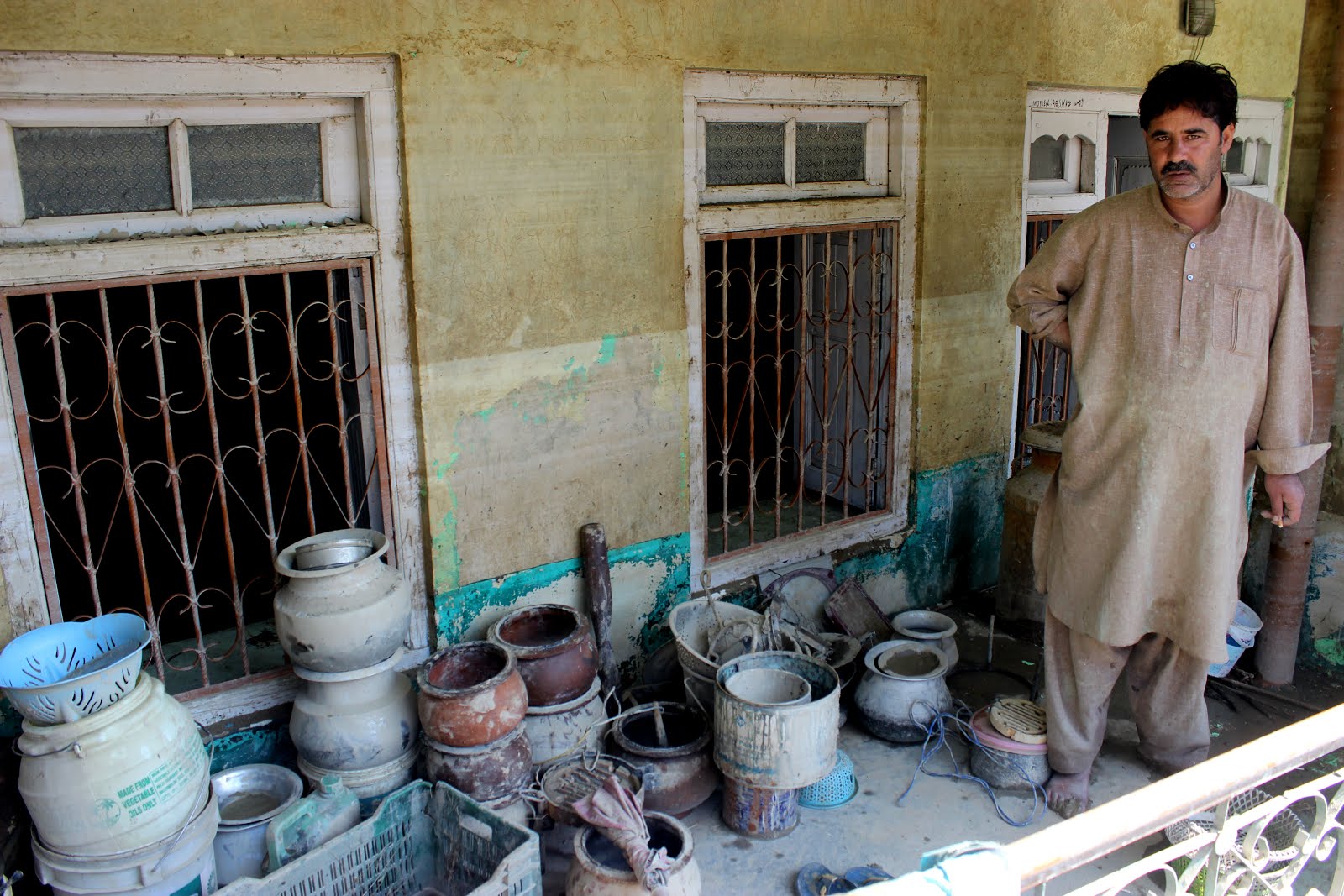 As the water receded people accessed the damage to their houses and household things. A man showing the flooded utensils at Pampore, the saffron town of Kashmir. 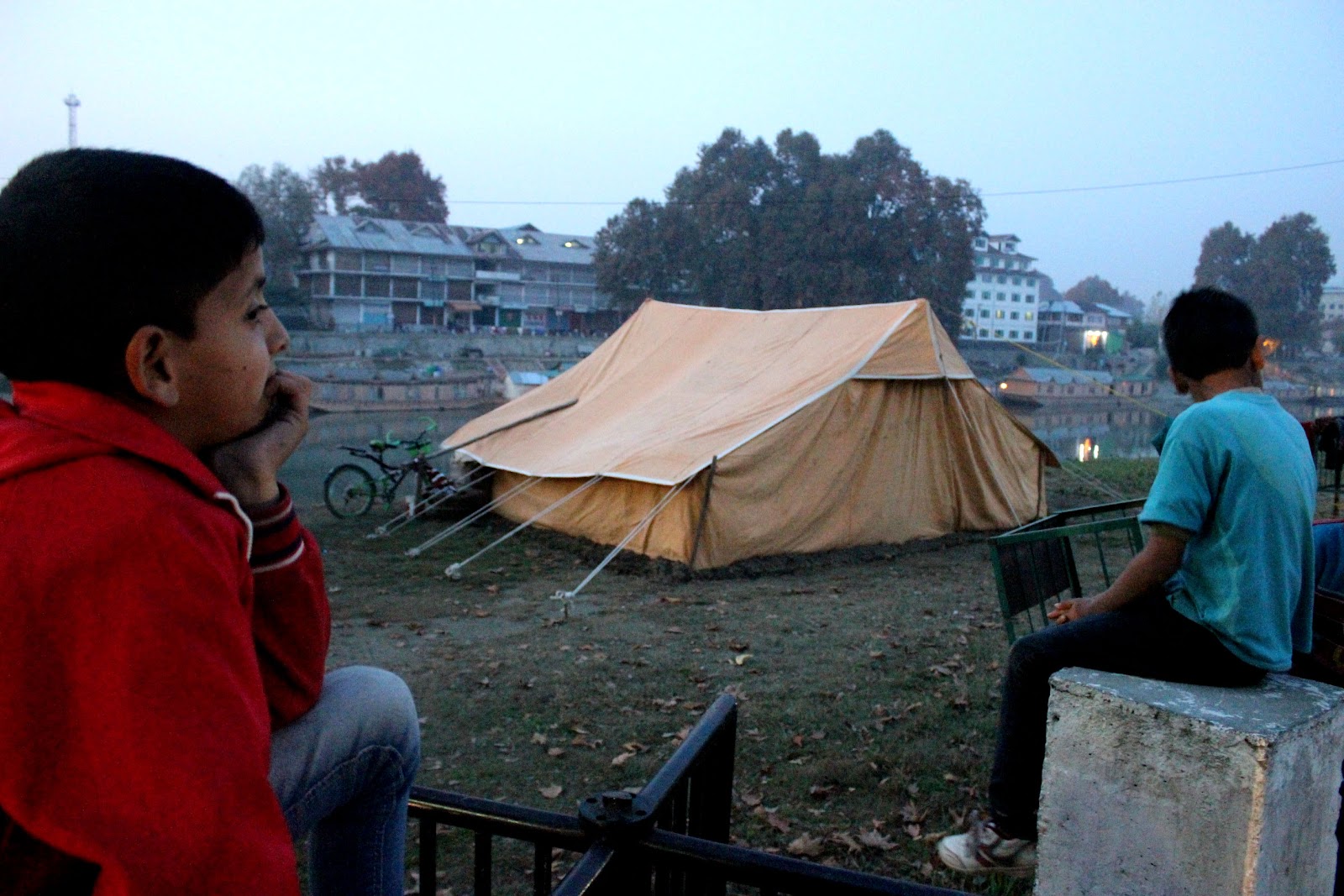 Children were the most affected by the devastation they witnessed. They were traumatized as they watched their houses collapse; schools damaged and that made them to live in tents. 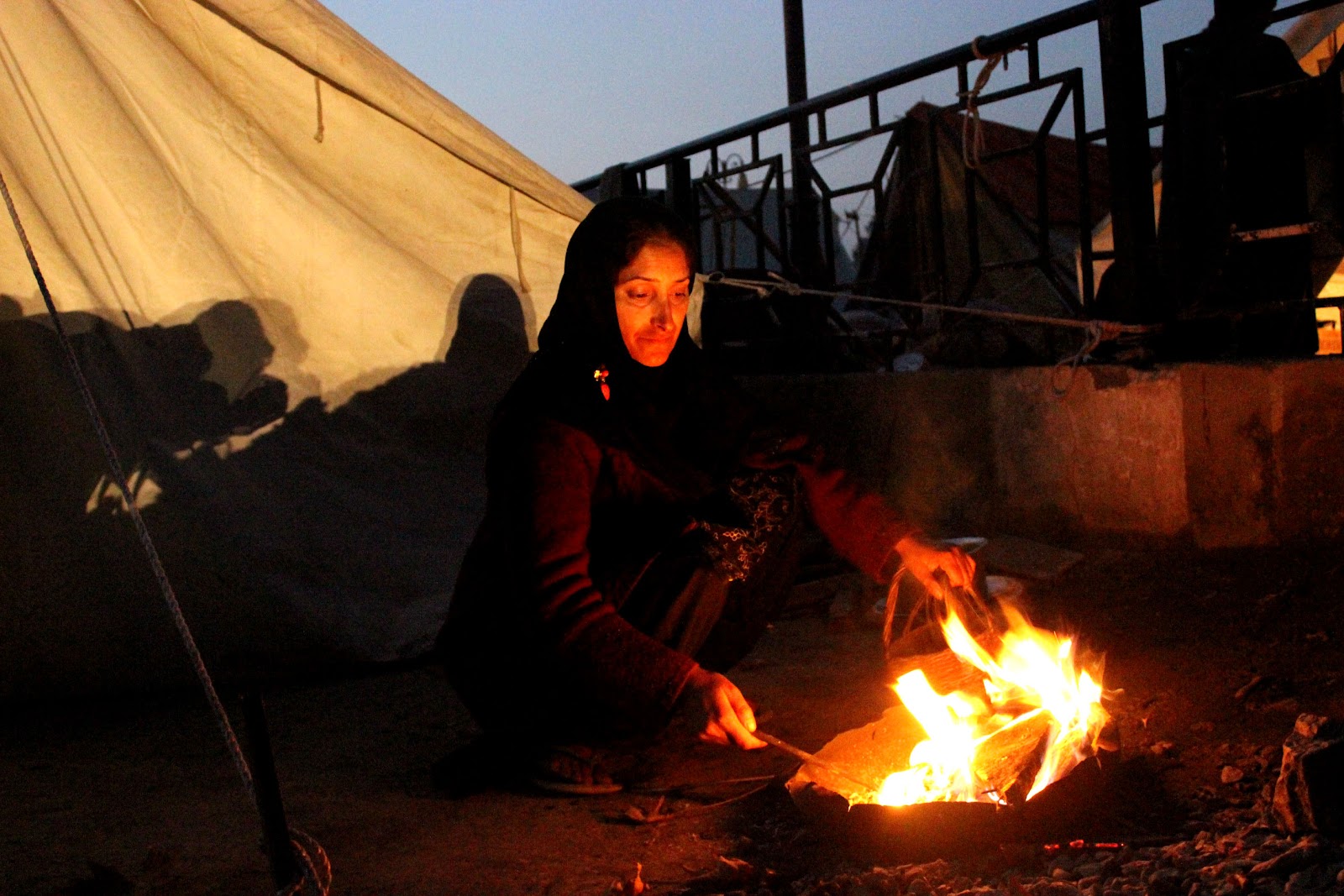 Hundreds of families were living in tents during the harshest period of winter;Chilikalan in Kashmir, to keep themselves warm fire pot was the only source of heating. 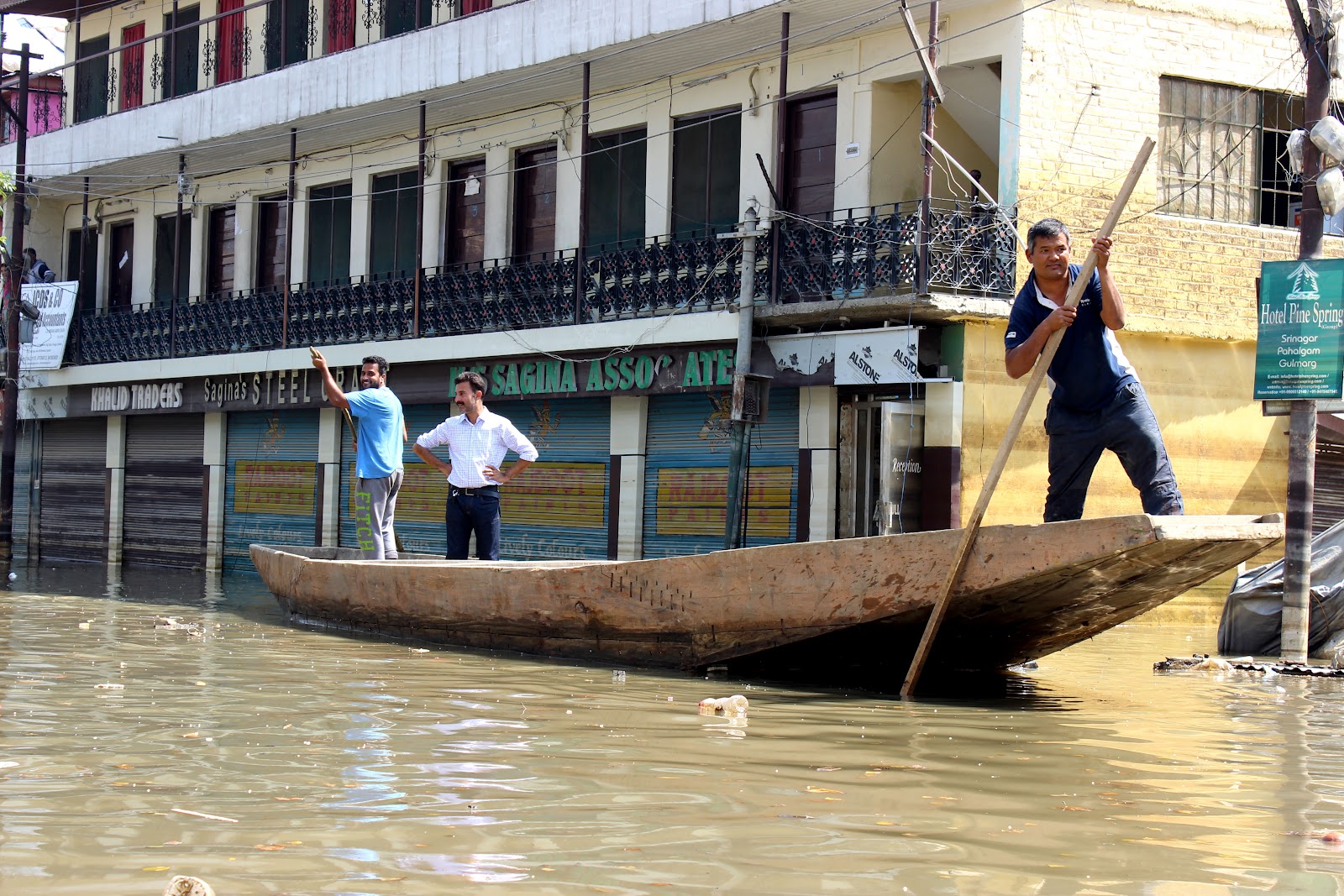 Kashmiri youth were brave enough to rescue people caught in between floods.Every individual volunteered in distribution of relief material to the needy people. 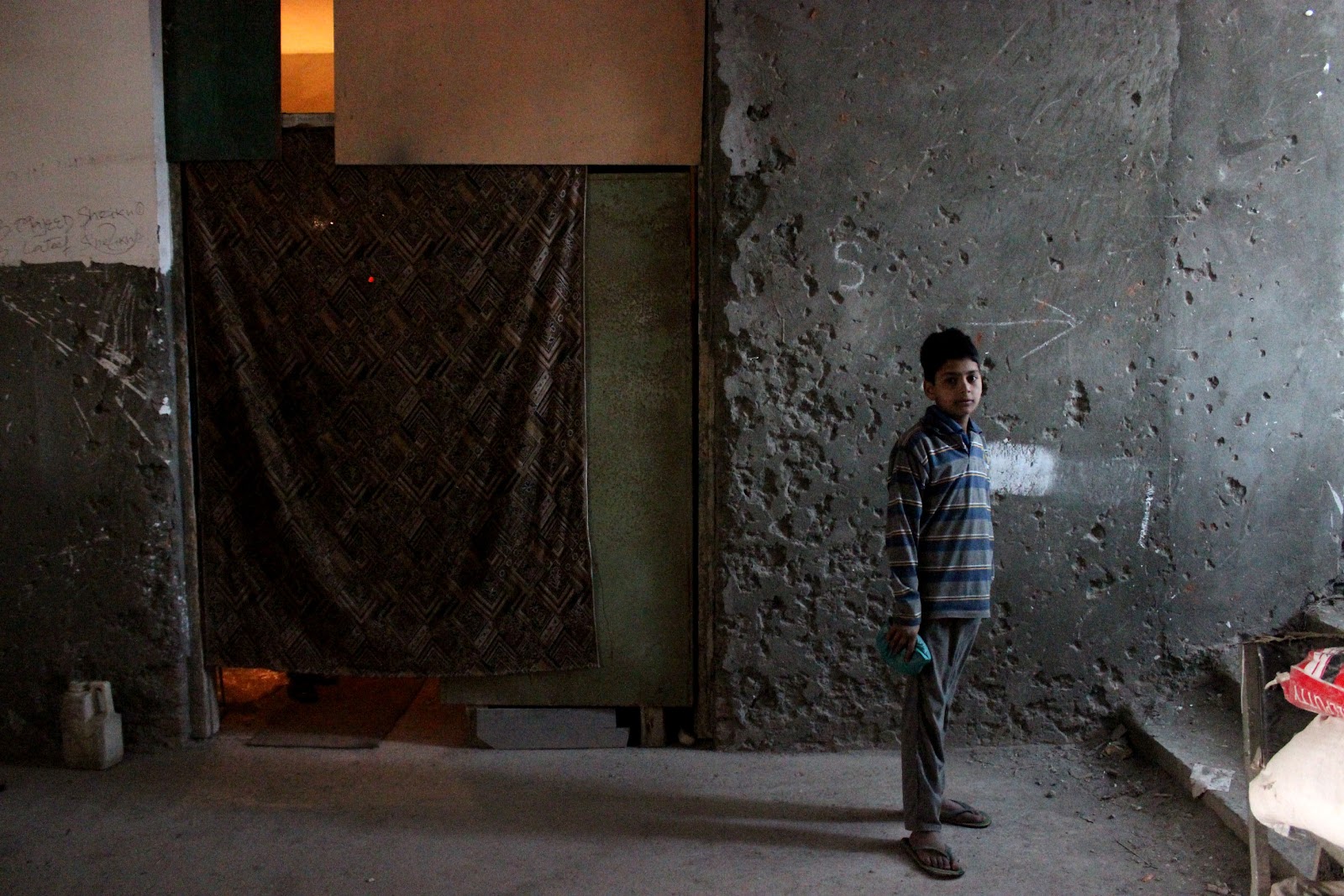 Living in relief camps was the hardest times for every individual especially for the children as there were inadequate facilities in these camps. 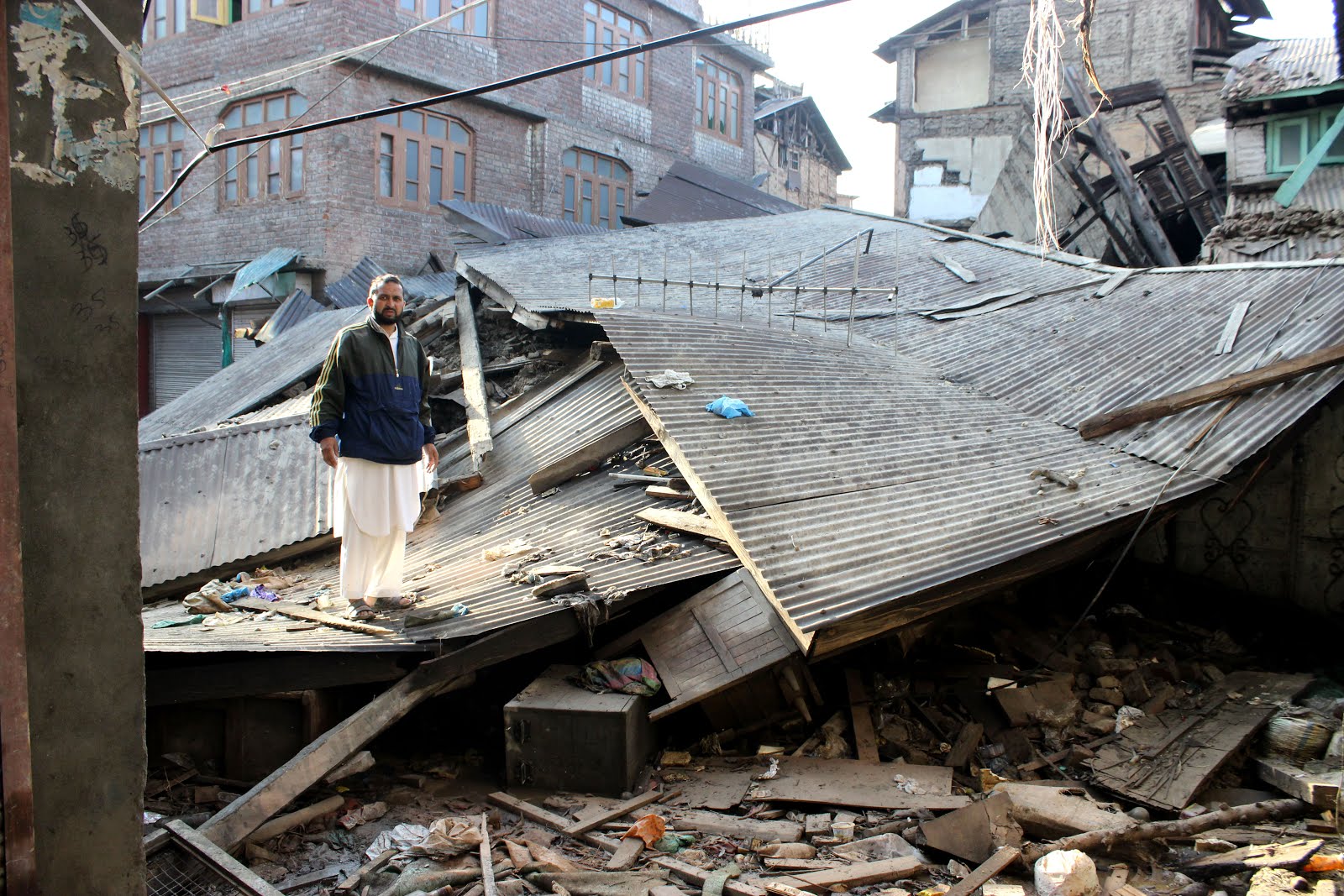 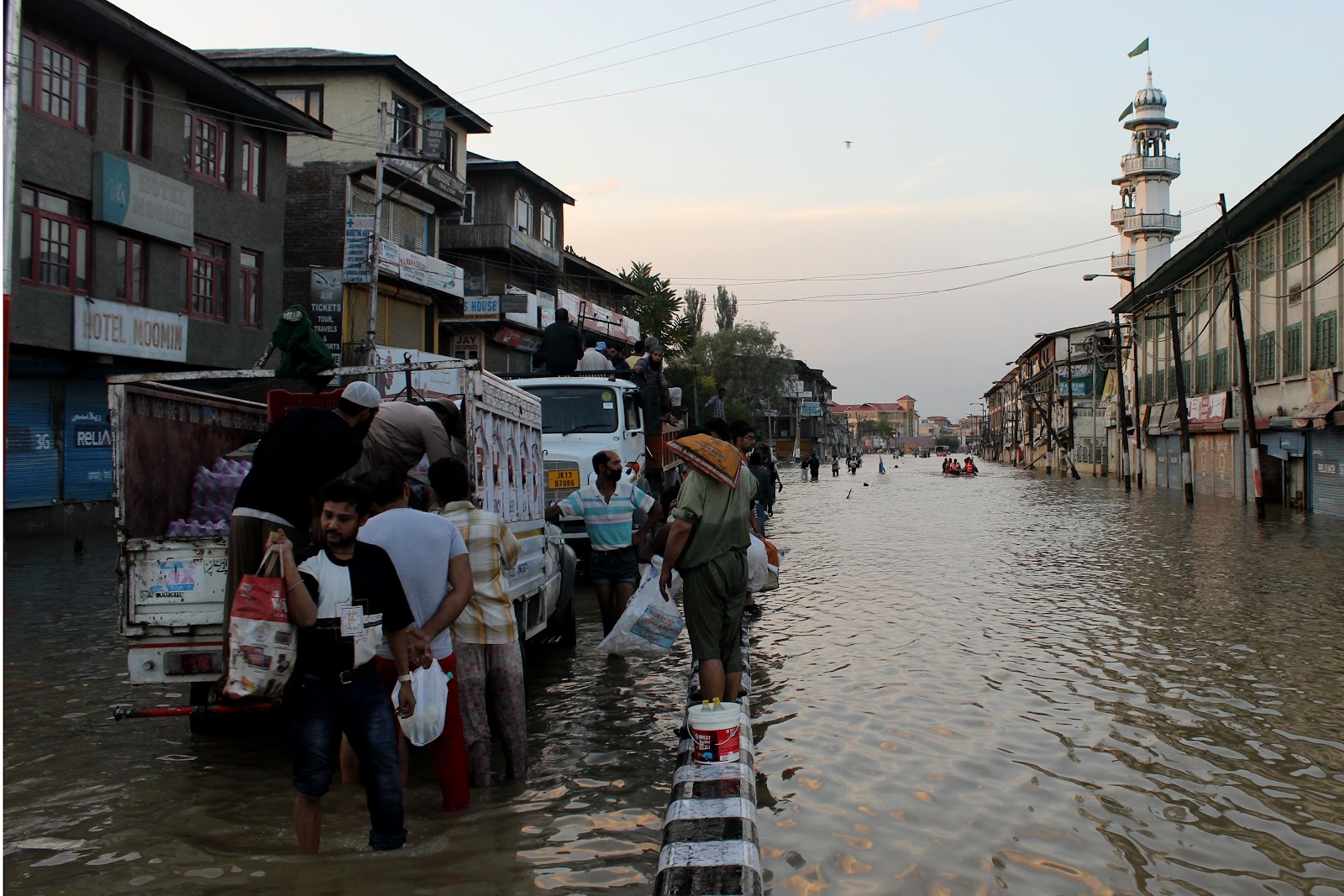 People of Kashmir were united against the catastrophe. Those living at upper regions brought all the possible help to those caught in floods. NGO’s were at the forefront in the process of immediate relief. 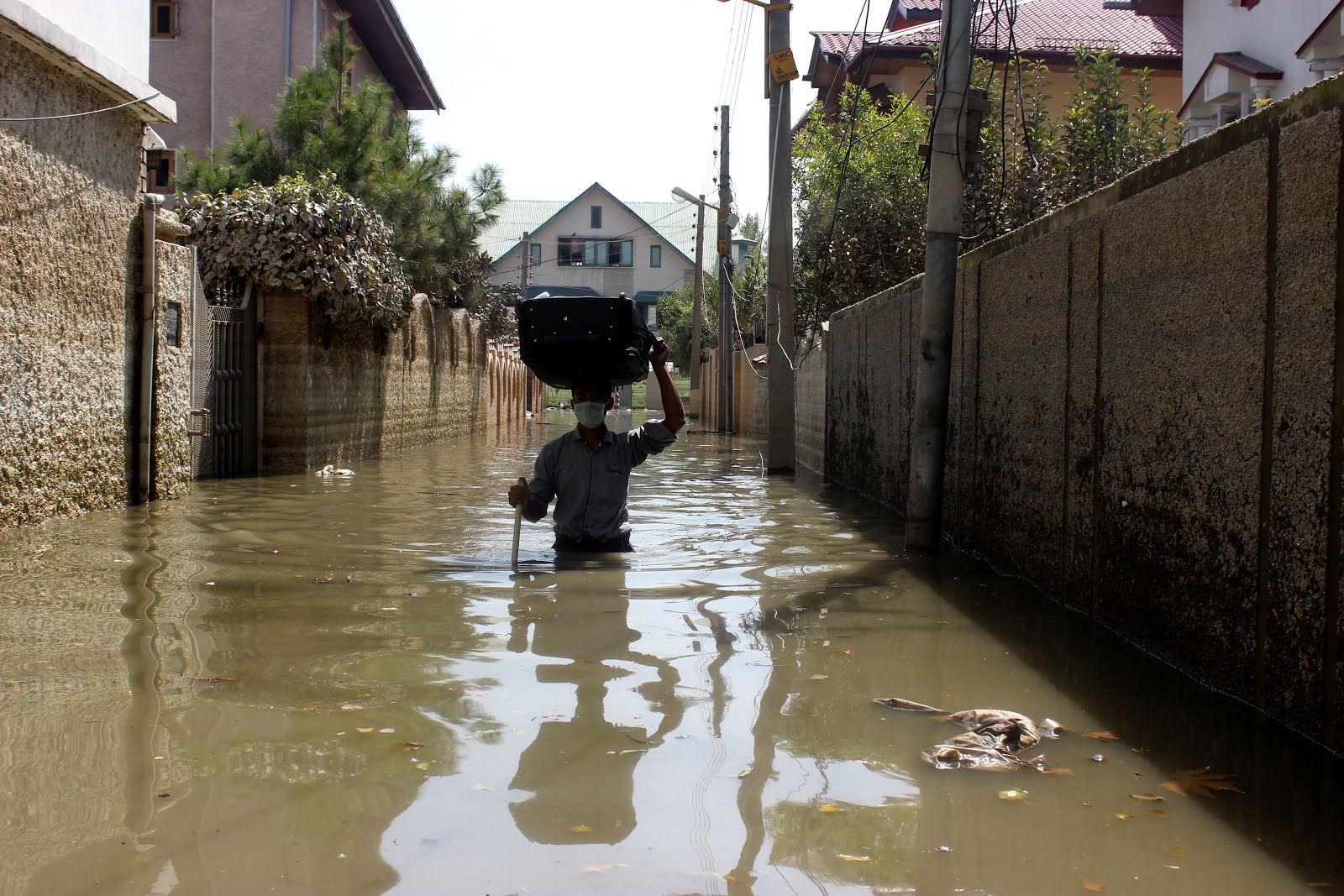 Srinagar, the Kashmir’s economic hub suffered the highest loss. Situation was chaotic. People had left everything and moved to safer places. For first few days people had no whereabouts of their family members. 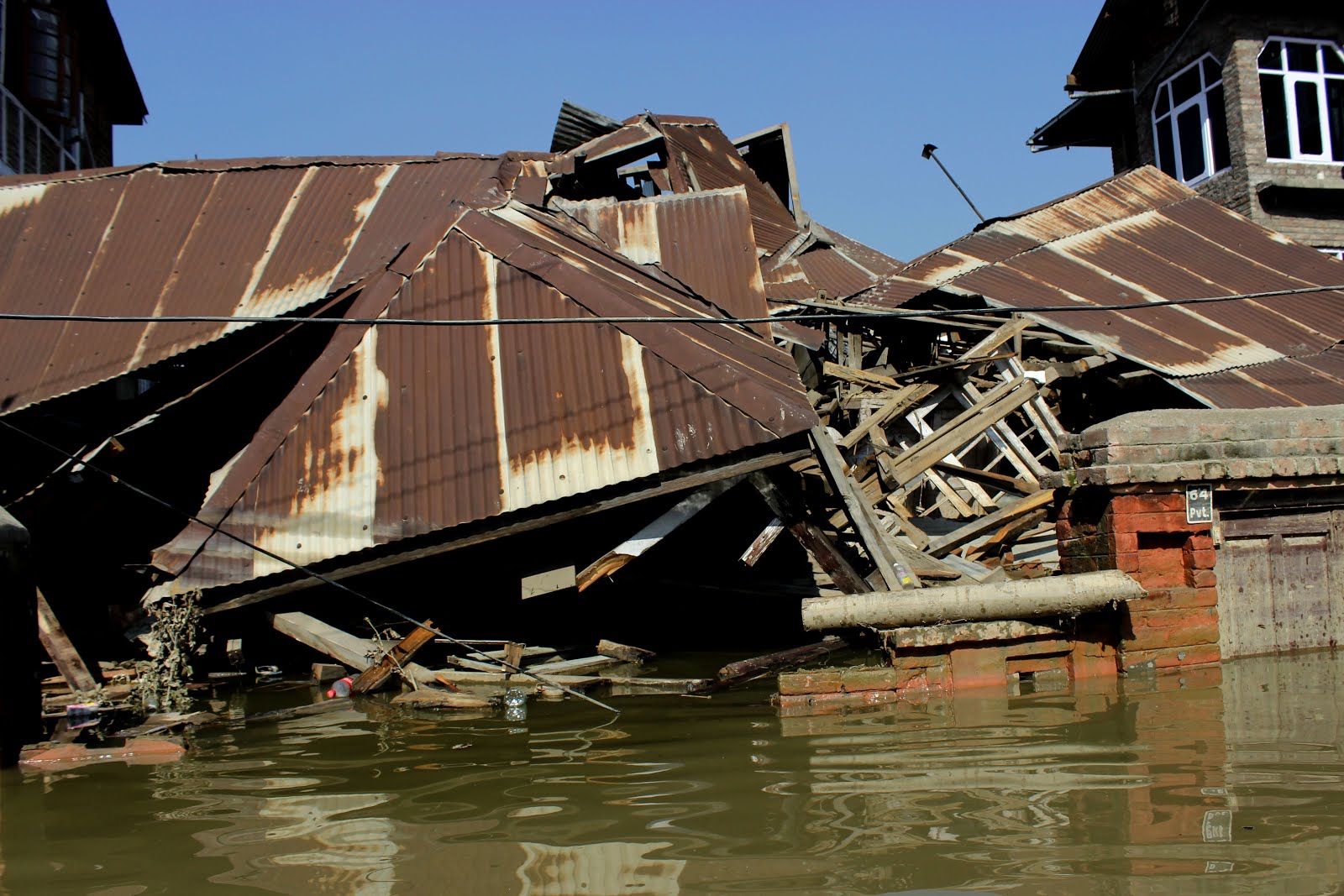 Thousands of houses were turned into rubble and millions of people were homeless living in tents, relief camps and with their neighbours and relatives houses. 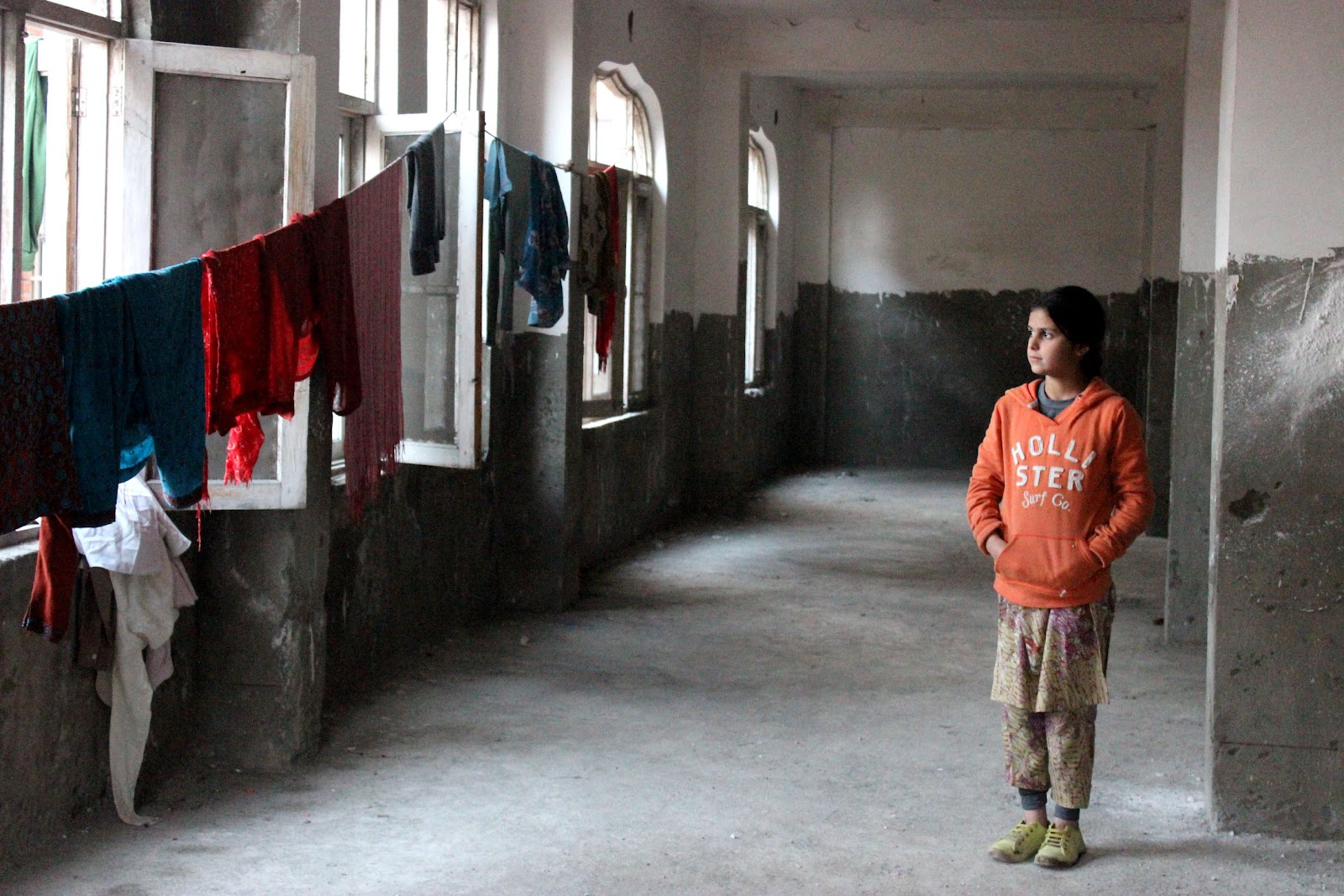 While being in these relief camps these kids often asked their parents “when would we go back to our home” but they had no answers to their innocent questions. They were missing their homes especially their rooms, books and uniform. 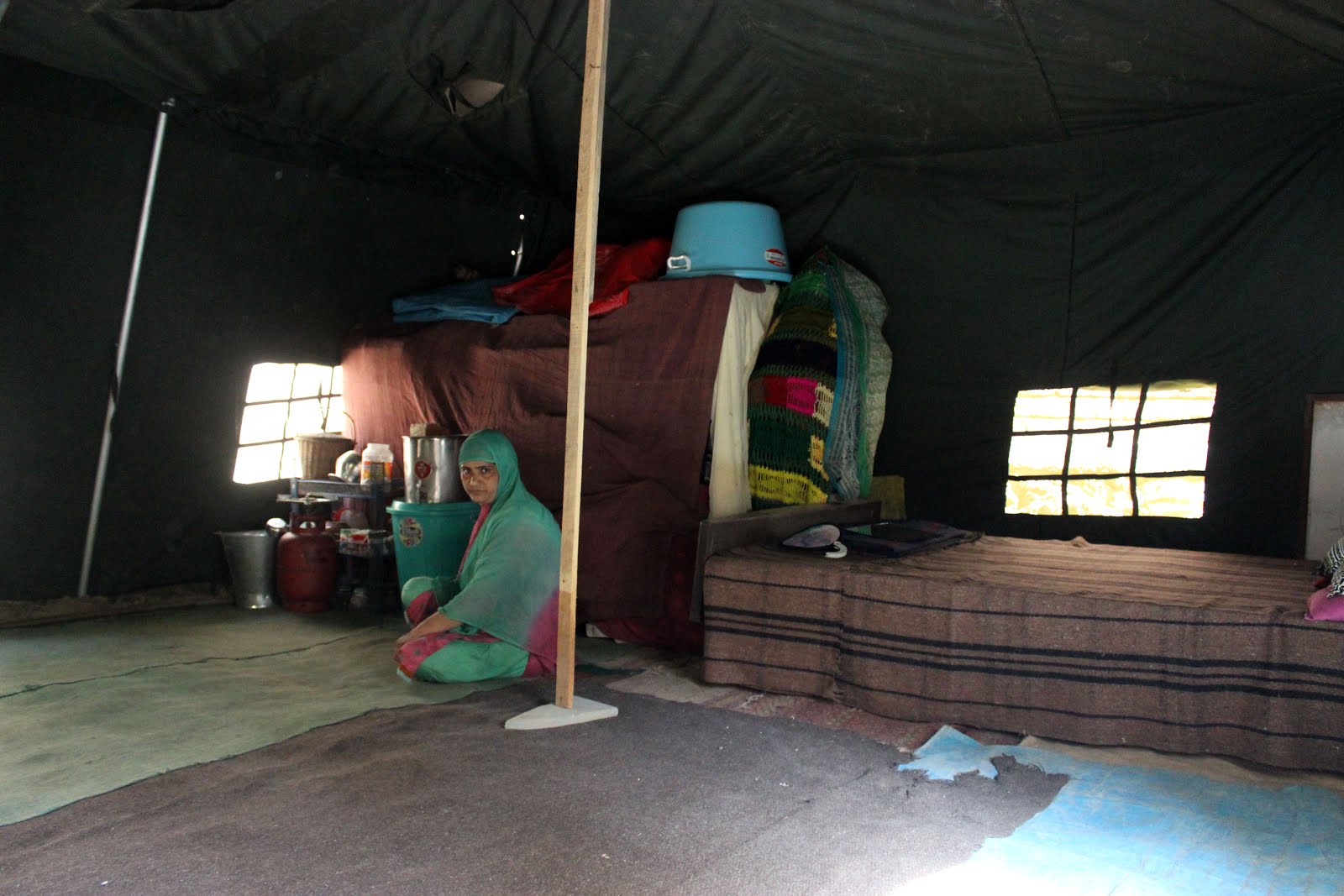 Women living in a tent after her house got collapsed at Cheeni Chowk in Anantnag. 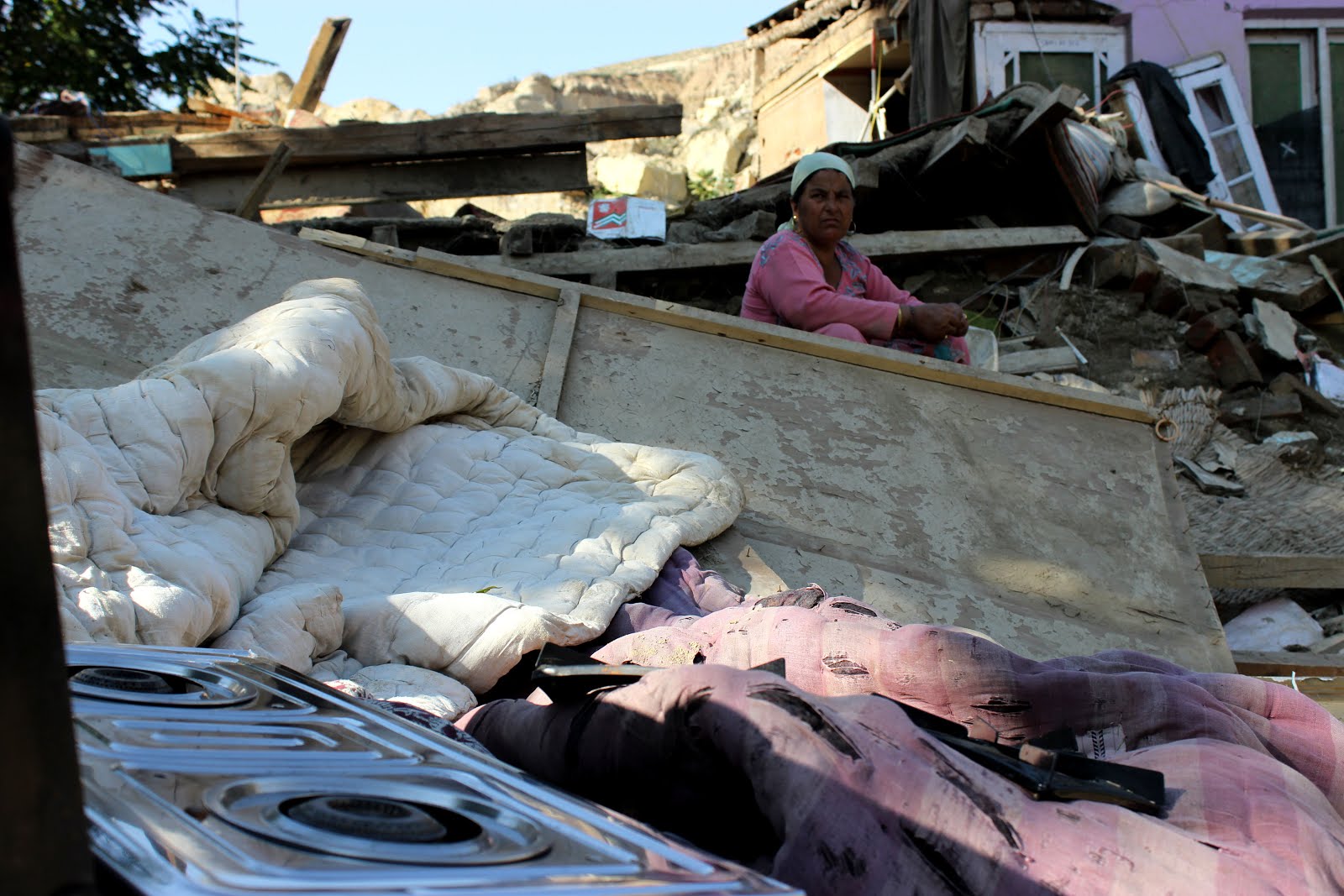