KARGIL: Setting an example in the harsh winter of minus degrees, (-14C at the time of writing), residents of Latoo village near the line of control (LoC) in Kargil have constructed a 3 km motorable road without any assistance from the district administration.

Working in harsh cold conditions, where temperature dips as low as - 20 degree Celsius, the villagers succeeded in constructing the temporary road to the village within a month. 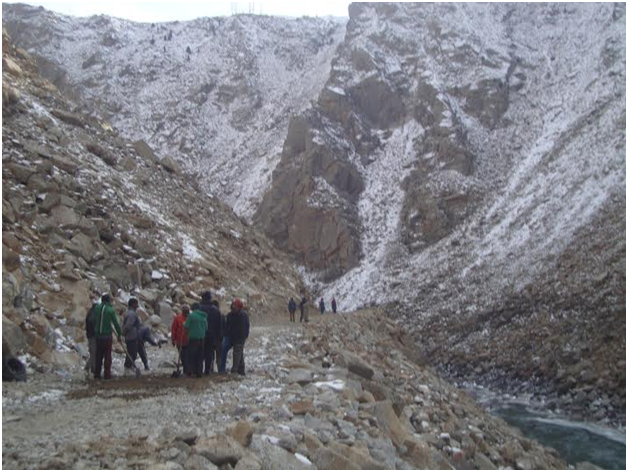 The villagers worked voluntarily and decided that a member of each family will work on the construction site. The young people started a fund collection drive to arrange for breakfast, lunch and tea for the volunteers.

A resident Zakir Hussain said, “It was very difficult to carry patients to the hospital especially during the winters“ 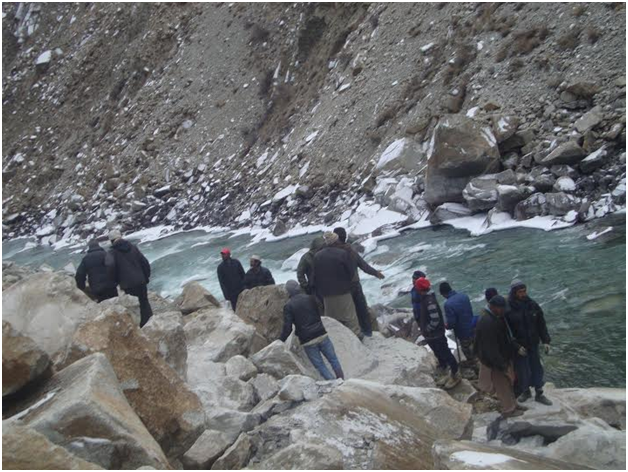 “We thought that why should we not take a step and construct a road to the village. Villagers unanimously agreed to go ahead and we have succeeded in connecting our villages with the main road,” residents of Latoo said.

A senior citizen of Village Asgar Ali known as Chacha said they hope the government will preeminently construct this road “as we have just done temporary work to connect village with the district head quarter”.

“We have just tried to join hands with the government and hoping our leaders will soon macadamize the road, ” he said.

A 60 years old woman Api Sakina told the local media that “our half-life has gone in seeing tragedies of divisions and deprivations.”

“This time I thought to contribute for the coming generation and I am here for the last one week to help in constructing the road,” she added.

It is worth mentioning that Latoo village came into the existence in 1965 after the war between India and Pakistan. The original village Dreyloung was divided into two parts when armies from both sides captured portions of it and established their posts.

Even the residents of the village got divided and some fled towards Pakistan controlled Gultari Skardu and many settled in Latoo, 19kms away from Kargil district.

Despite being ust 19 kms away from district headquarters the village still does not have irrigation facilities or mobile connectivity till today.