SRINAGAR: It has been more than a month since various parts of Kashmir have been under almost constant curfew. While mobile services have been restored a few days ago, internet phone connectivity is still not available.

Kashmiris who may or may not be part of the protest are now reporting stress-related disorders.

Clinical psychologists at the Sri Maharaja Hari Singh (SMHS) Hospital say that since the communication blockade, many people, mostly youngsters, have been coming to them in A distressed state.

Doctors say that these people, who were otherwise completely normal, have developed symptoms of depression. The “sudden halt of communication”, say doctors, has impacted their psyche.

In the last few days, doctors have observed many cases where people have developed a fear psychosis because of the communication breakdown.

“They complain of chest pain, anxiety and some have even developed suicidal tendencies. We found out that there is some sort of tension since they have become disconnected from their near ones,” said Dr Waris Ahmad Zargar of SMHS hospital.

In many cases, doctors say young patients are exhibiting these problems because they are genuinely suffering from “withdrawal symptoms”. He doesn’t find anything unusual in this sudden anxiety among youngsters. “Today’s generation is dependent on gadgets. They spend most of their day chatting and talking to their friends. So they are now dependent on it and when you suddenly stop it, it is going to have an effect on their behavior,” he said. “Once you are addicted to something, the abrupt halt will obviously have withdrawal symptoms,” he added.

Since July 9, mobile internet services have been snapped in the Valley after the killing of militant commander, Burhan Wani. There have been heavy protests in the Valley following his killing.

Psychiatrists say that that if the communication blockade continues in Kashmir, there will be an increase in stress-related issues among people. The more the people will be kept isolated, the more it will have physiological impact on them, say doctors.

With Kashmir is in the grip of another violent conflict, hospitals are full of patients. An alarming number of people, especially the youth, have sustained grievous injuries in the protests that have rocked the Valley for two weeks now.

The long-term psychological trauma of these injuries is another worrisome aspect of the turmoil.

In May this year, Medicine Sans Frontier (MSF), an international medical humanitarian organization, revealed a shocking detail on Kashmir. The survey conducted by MSF in Kashmir found that one out of every two adults was mentally disturbed due to the violent conflict of more than two decades.

The Valley’s “first comprehensive mental health survey” also revealed that one in every five adults in Kashmir was living with Post Traumatic Stress Disorder (PTSD).

The survey studied the levels of mental distress among adults in all ten districts of Kashmir Valley. It was conducted by MSF in collaboration with the Department of Psychology, Kashmir University, and the Institute of Mental Health and Neuroscience Kashmir.

A majority of people had experienced or witnessed conflict-related trauma.

As the fierce uprising of July 2016 draws on, it is tragically clear that Kashmir will suffer on multiple fronts.

The MSF survey had found “high levels of co-morbidity of symptoms of depression, anxiety and PTSD” among adults living in the Valley. The experience of July 2016 will only aggravate it.

Psychiatrists and psychologists in Srinagar are aware of this distressing rise in post-traumatic stress, but are helpless to stem it.

Dr Arshad Hussain, who has worked for over 16 years at Srinagar Psychiatry Hospital, sees up to a 100 patients daily. He has treated many young patients who developed depression after the uprisings.

Dr Hussain said the Valley now has an epidemic of mental health problems, particularly depression. He compared the way cholera used to hit Kashmir every year to the way depression now inflicts the region.

The MSF survey found that on an average, an adult living in Kashmir Valley has ‘witnessed or experienced 7.7 traumatic events during his/her lifetime.’

The Valley is under a strict curfew, with mobile phones rendered non-functional, and the Internet barred.

The local cable services were also snapped at times, and the media was gagged for a few days. In the current circumstances, it is important to understand the mental trauma of a Kashmiri.

With the severe clampdown, Kashmiris are feeling frustrated at being caged inside, cut off from what is happening in their own Valley. The communication jam adds misery to the trauma, because people don’t know what the situation is in villages and towns across the Valley, where their friends and relatives stay.

Due to the ongoing unrest and curfew, many Kashmiris have not able to get the medicines they require for their daily use for diabetes, gastric problems and other ailments. The continued siege adds to the mental agony.

There is dire need to acknowledge that mental health issues have unseen scars and vast damages.

How to deal with these mental and psychological wounds? How to heal the intense, agonizing damage that they cause?

The Valley will need mass counselling camps to enable people to deal with their deep trauma and misery. A psychosocial support system needs to be created so that the inner frustrations and grievances of people find a vent.

How to offer culturally appropriate, effective and acceptable mental health interventions is the vital question for all service providers, experts and policy makers.

(All photographs by Basit Zaraf, clampdown in Srinagar) 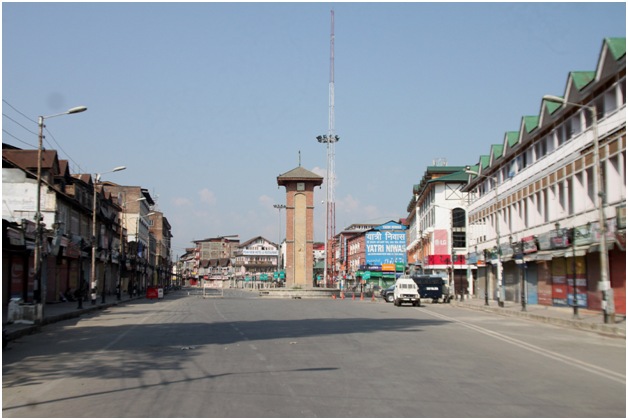 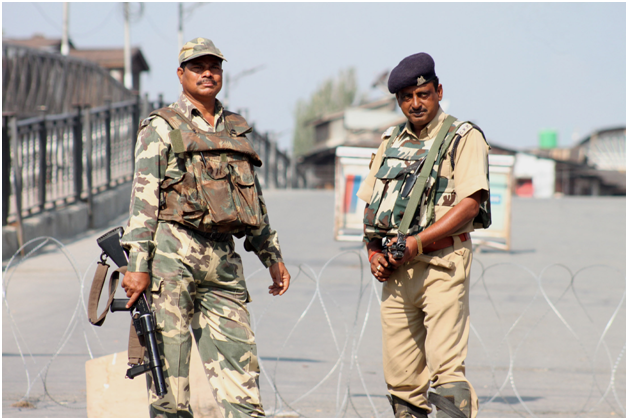 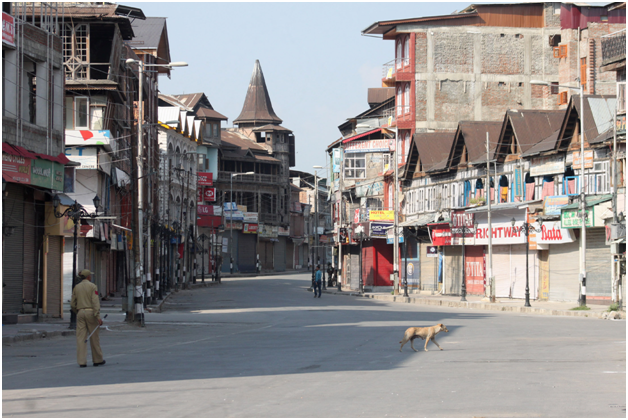