ITANAGAR: When he was 11 years old, Merwyn Coutinho walked out of his home in Mumbai. More than two decades later, he found himself in a village in Arunachal Pradesh where the closest sign of civilization is at least six days away.

Born in what was then Bombay, Coutinho’s family later moved to Mangalore, Karnataka. Growing up, his mother would often punish him by making him stand outside their home in Mumbai for an hour. One time, he decided it was better to take a walk instead of simply standing outside the house. He didn’t return for three years.

“I didn’t return because I was too scared thinking about the bigger punishment that I would have been handed for having wandered off,” he confesses.

Restaurants, he says, are where he worked mostly during his three year absence from home, doing any and every job that came his way. One day his aunt found him working in one such food joint and told his father who had moved to Mangalore by then. Coutinho moved in with his father, returned to school and seemed to be on the path of what would have been an ordinary and regular life. That was not to be. 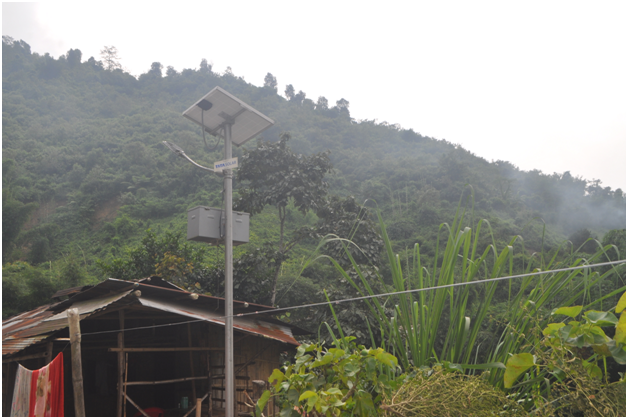 Coutinho says that he was unable to adjust to the “family setup” after being on his own at such a young age and so dropped out of school after his tenth standard. He began working again, this time mostly as a door-to-door salesman selling “books, cutlery, anything”.

In 2002, he once again settled into a more conventional life when he began working with Accenture in Bangalore (before it changed to Bengaluru). After eight years and having climbed up the corporate ladder to mid-management when he was transferred to Mumbai, he quit.

“I realized that this is not the life I want. What’s the point?” he says.

Having quit his work, Coutinho took time off doing nothing. “I didn’t want to work after working so long,” he says and adds that “all we need is two meals a day and a shelter”. Then in July of 2010, he packed whatever little he needed on to his motorcycle and sold off what he didn’t need and took to the road. 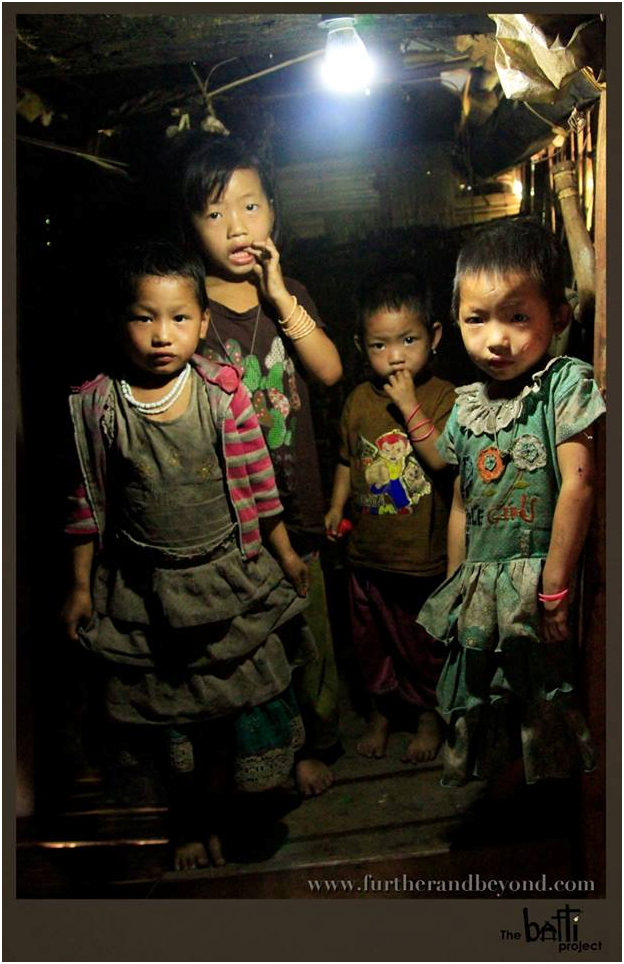 “The idea was to go north,” he says and that there wasn’t any set destination where he wanted to go.

“The plan was that there was no plan, no timeline, no destination,” Coutinho says. During the conversation, it becomes amply clear that he was deeply affected by his time in the private sector especially when he says that “in the corporate world people are constantly told to have a plan” to hit home his point that his journey was about letting go of such ideals.

By the time he reached New Delhi, he was out of money and did what he always did since he was 11, take up odd jobs. He did so until he reached Himachal Pradesh where his motorcycle had broken down and he had to start writing for a travel website until he could save up enough to fix it. By November of that year, he rode 3,000 kilometres in a week’s time and reached Miao. 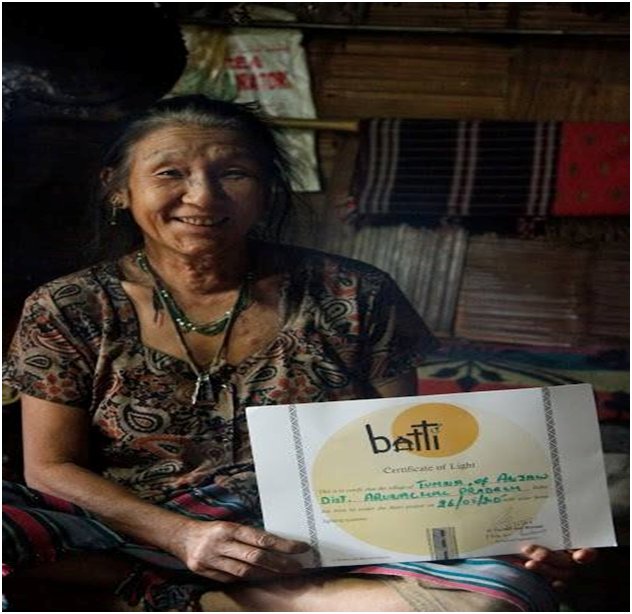 When Coutinho reached Miao, he realized that his presence wouldn’t be of much help to the people.

“I realized I wouldn’t be able to help out or work in the Northeast because so much of the work that people do is so labour-intensive,” he says.

But he did want to explore the place and once he heard of a village called Gandhigram which is a six-day walk from Miao, he knew he had to go there. And so he called up his friend Rajiv Rathod in Bangalore to join him in an experience that he says was “intriguing” for them.

“It all seemed so exciting, people staying six days away from any other place,” he says about how he felt when he heard about it.

Coutinho claims that he and his friend were the first civilians who visited the place and that “people were happy that we hadn’t come with any agenda”. He clarified later that most outsiders who visit the place are usually government officials or researchers and go there with a motive, as opposed to him, Rathod and two guides who were simply visiting the place.

During their five-day stay, they grew close to the Lisu villagers who invited them for a mega Christmas celebration next year when people from neighbouring villages would also join in.

The next year as Christmas came closer, the two of them began to wonder what they could bring to the villagers as gifts. That’s when the idea of lights came to be.

“During our first visit we noticed that the villagers would often borrow our torches and that’s where the idea to bring them solar bulbs struck,” he informs.

The 200 bulbs that they ordered were fully-integrated solar powered manufactured by Nokero. He says that the response was so good that many people even wanted to buy the bulbs from them.

During this period, Coutinho had begun exploring other parts of the state and in April 2012 he met Anjite Menjo, a young community leader and Pranab Mega in Roing, the headquarters of Lower Dibang Valley district.

He informs that Pranab was looking at starting a pico hydel project that would help light 200 bulbs in the villages of Dunli-taloni but lacked the funding needed. Coutinho decided that for the villages in the state, many of which are off the central power grid, home lighting systems would be the best solution. Thus was born The Batti Project.

In their own words, they “envisioned that the border villages of Arunachal Pradesh should have batti, LIGHT, the basic necessity of life”. Through Facebook, they were able to raise Rs 35,000 from friends who donated for the initiative to light up seven houses in Dopowa village, some 130 kilometres from Roing and requires a 40 kilometre walk before one can reach there. The cost of one home lighting system costs Rs 5,000 and consists of one solar panel (20 watts) and lead battery (20 Ah),three LED tubes (3 watts), holders and switches, 21 meters of fixed cabling (5, 7 and 9 metres respectively) and a charge controller.

Word soon spread to other villages and people began asking when they would get light as well. From a humble initiative, The Batti Project now had a plan in place. They would only light villages which were off the grid and only if the entire village was willing. The idea being that no home should be left behind.

Anjite, who has been helping The Batti Project with local logistics in the Dibang valley belt, informed that there were some influential group of people who did not want the homes to be lit. Or at least not with the help of private entities since these people were the only ones benefitting from government schemes to provide home lighting systems.

He also informed that road connectivity to some of the villages was established in the early 2000s but landslides coupled with bad quality of work had cut-off the areas. He also said that power lines were set up but that they never became operational.

So far, The Batti Project initiative has helped light up over 250 homes in 23 villages, impacting the lives of over 1,200 people. That number is growing as the project has now set its sights on villages in East Kameng district where many areas do not have motorable roads to this day and where electricity is a distant dream.

Records from the Arunachal Pradesh Energy Development Agency also claim that 5852 homes in 523 villages across ten districts, impacting the lives of 26,198 people, have been illuminated through solar home light systems under the prime minister’s package.

But there are still long ways to go.

According to the 2011 Census, there were 1.95 houses in rural areas of the state and plans are underway to bring electricity to 67 thousand of those rural houses. However, plans and claims on paper do not necessarily reflect reality.

As per official claims, the erstwhile Rajiv Gandhi Grameen Vidyutikaran Yojana helped bring electricity to 62 villages in East Kameng district alone. The veracity of the claim was publicly questioned and reported by the local media.

Both officials and Coutinho admit that lighting up houses in East Kameng will be a problem due to mountainous terrain and the remoteness of the villages, coupled with the fact that many places still do not have any roads.

Although grid connectivity is an issue, several villages along the highway in East Kameng district are dotted with streetlights illuminated by solar panels. In turn, houses next to the streetlights draw their connection from them.

Another issue hampering electrification is funding. However, the innovative team at The Batti Project has found solution for the dilemma.

Instead of asking friends to help out as they did before, The Batti Project is now organising a cycling expedition.

Coutinho said that they “can’t keep asking people to donate money” and so this time around they are starting the ‘Ride to Light’ tours.

These cycling expeditions will help raise funds for their project and provide tourists and enthusiasts with an opportunity to explore the region. The first expedition, called the Mishmi Hills Challenge, is scheduled to begin on January 25, 2017 and culminate on February 4 to coincide with the Mishmi festival of Reh after a gruelling six days of cycling.

The cycling trail will take participants through the rich biodiversity of the Dibang area which is home to Mishmi Takin, Red Panda, Mishmi Hills Giant Flying Squirrel, and Hoolock Gibbon to name a few.

More importantly though, if successful, the cycling expedition will help light up 1,500 homes. While the state and central governments are keen on pushing hydropower as a source of energy and income, for rural Arunachal Pradesh, self-sufficient solar energy seems to be the only clean and green solution.