The 'Feast' That Unites Assam

GUWAHATI: Bhogali Bihu or Magh Bihu (harvest festival) celebrated in mid January is the most popular festival of food and feast in Assam. People from all communities and religions come together to celebrate Bihu with feats and food at the centre of the festivities.

On the last night of the Assamese month ‘Puh’ people get together in the neighbourhoods for a community feast irrespective of caste, creed and religion. This is called Uruka. Youth sing and dance during the feast which marks the end of the harvesting season.

The community makes huts of straw and bamboo called ‘Meji’ in the open places, preferably in the fields. And in the morning these are burnt with everyone gathering to celebrate the ‘harvest.’

“It’s an expression of the change of the season. Everyone in Assam celebrates it spontaneously and it’s far away from religion. Bihu is a festival based on agriculture and brings everyone together, “Mumbai based Assamese filmmaker Reema Borah told The Citizen.

Hafiz Ahmed, president of Char Chapori Sahitya Parishad (CCSP), a literary body representing the people residing in the sandbars along the river Brahmaputra, said that they also organize several community activities to mark the occasion.

“There should not be any confusion that Bihu is a part of our tradition. It’s a way of celebrating life and nature,” said Ahmed.

Besides, plenty of other community activities take place like community fishing and animal fights. However, the Supreme Court has put a ban on these animal fights recently.

On the eve of Uruka, both the men and women along with children come together and sing songs of joy as they march towards the water bodies for community fishing in different locations across the state.

“We have been doing this for generations. It has been continuing for the last four centuries. It’s great fun. We forget everything and join together for the festive moments,” said Pankaj Ronghang, a local at Goroimari beel, some 35 kilometres from Guwahati.

Besides Bhogali Bihu, the people also celebrate Bohag or Rongali Bihu to welcome the spring which marks the Assamese New Year. Again Kati or Kongali Bihu is observed during mid October when the crops are growing in the fields, before the harvest. 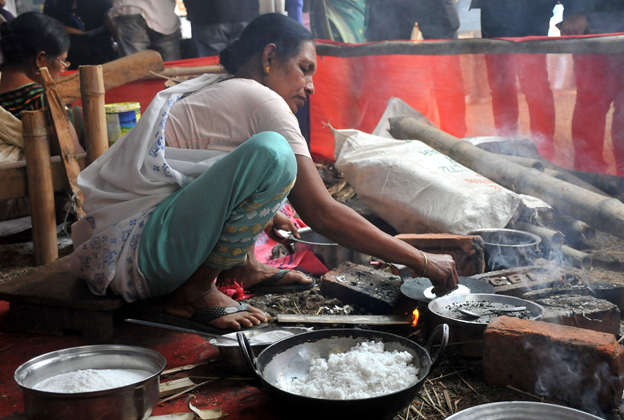 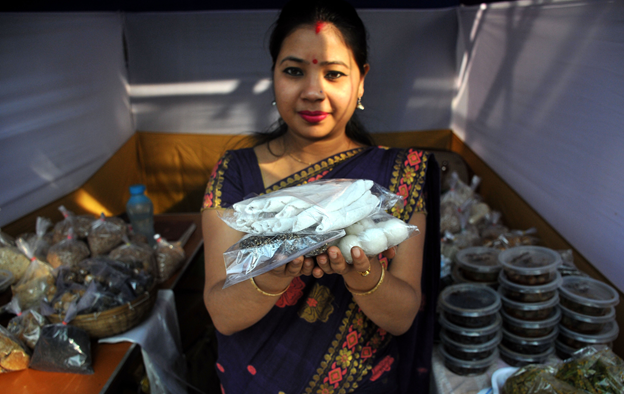 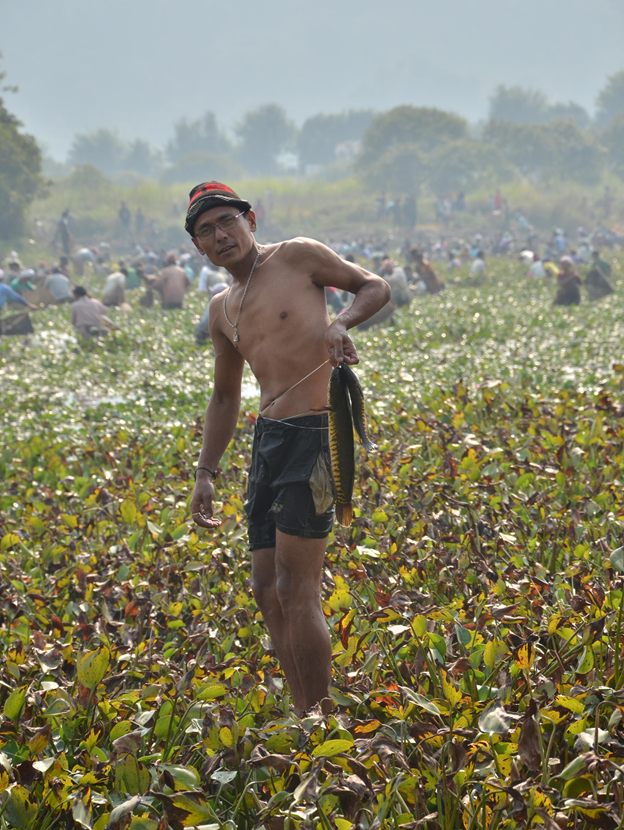 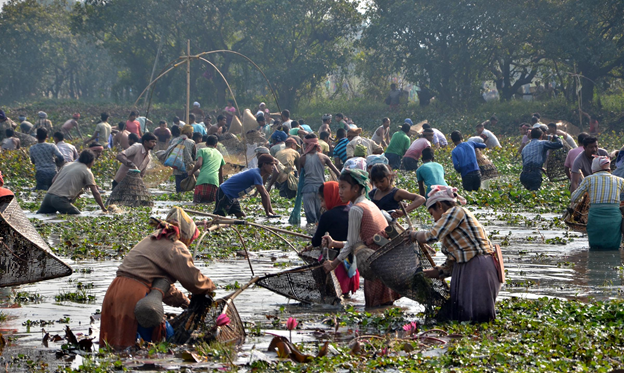 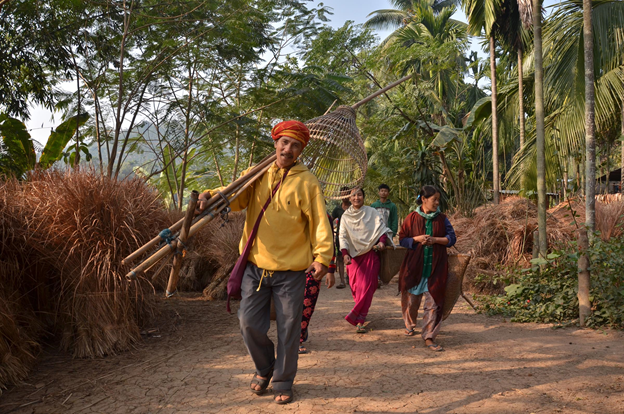 Villagers come together for the festivities

(Cover Photograph ABDUL GANI: A man displays his catch on the bank of Goroimari beel (water body) near Guwahati)