GUWAHATI: Rahim Ali is a small time businessman who has to work very hard to support his family of 12 members. At the age of 50 with eight children, he repents for not adopting the birth control measures.

But now, he has made up his mind to spread the message of birth control and family planning in his neighbourhood. “I’ve realised my mistake. It’s deadly for our world,” Rahim, a resident of Joypur Bazaar in Assam’s Goalpara district, told The Citizen.

The man who studied till class IV said he was misled by some of the clerics. “We were never taught such things or how to tackle the problem,” Rahim said.

But there has been a change with people like Ilias Ali, Professor of Surgery and Head of the Department of Emergency department in Gauhati Medical College and Hospital, who has been relentlessly fighting against such superstitions. 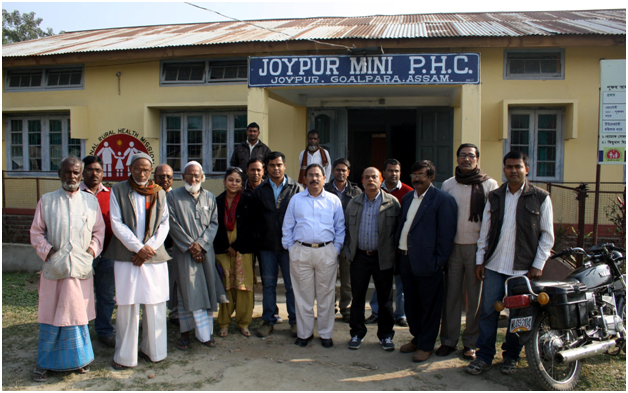 Now, people, especially the uneducated rural Muslims have come forward to adopt family planning measures. Ali had to face hurdles which include the death threats from the fundamentalists while carrying out his mission.

“The journey has been tough. There are superstitions and some clerics would oppose it saying that it adopting population control measures are forbidden in Islam. But I fought my way and I have got the support from many in this regard. Finally we have been able to succeed,” Ali who has also been the state Nodal Officer of No Scalpel Vasectomy (NSV) since 2009 in Assam, told The Citizen.

Ali has so far has implemented No Scalpel Vasectomy (NSV), also known as 'keyhole vasectomy' on around 50,000 men in the state.

Initially when he started visiting the rural areas, some of the locals, especially the clerics would oppose and involve in arguments. “It happened on several occasions and some clerics even announced a ‘Fatwa’ against me in Dhubri district. Even some of the participants particularly from the non-indigenous Muslim community were subjected to social boycott most of whom are the inhabitants of riverine areas. However, all these did not weaken my mission,” he said.

Then he decided to take the help of religious books. “I had very little knowledge on religion. I was confused how to proceed or to quit. Then I started thinking if Islam is really against adopting family planning. I had no option left but to start reading religious books and tried to find out what the reality is. I started reading out the verses from Holy Quran and used to make people understand that Allah never said to control population,” Ali said.

With the help of National Rural Health Mission (NRHM), Ali conducted awareness camps in several areas across the state. To reach out to the people, he also used the methods like street plays and other artistes.

Besides the religious superstition, there was another challenge in this way. India being a patriarchal society and with the social domination of men, the women have no choice but to go forward and adopt family planning methods all by themselves.

“To overcome it we have adopted a multipronged approach like the introduction of NSV instead of conventional vasectomy, intensive awareness programme, training of doctors and paramedical staff. It has been our endeavour to take the service of NSV virtually to the door steps of the population. Men usually ask whether vasectomy will lead to sexual or physical problems whereas the females like to know if adopting such measures will lead to menstrual problems and difficulties in their conjugal life,” said Ali.

According to the latest Assam Human Development Report the incidence of multi-dimensional poverty is found to be the highest in Char areas which is 44.59 percent. The report also finds that landlessness is marginally higher in the Char areas and amongst Muslims.

Similarly, spatial diversity-wise, the Char area reflects the lowest literacy rates in both the age groups 7+ years and 15+ years which is 75 and 67.4 percent respectively.

The fertility rate in Assam has shown a gradual decline over the years. The SRS (2013) data show that the Total Fertility Rate (TFR) in the state is at par with the national level, the TFR for rural is 2.4 and urban is 1.5 areas in the state is lower than the all India figure for rural (2.5) and urban (1.8) areas.

TFR – which is the average number of children a woman can expect to have in her life given the current pattern of fertility – tends to be on a higher side in rural areas, particularly in the Char areas and among Muslims.

The report says that the TFR among the Muslims is 2.9 and 2.8 in the Char areas.

Angshuman Sarma, a researcher at North Eastern Social Research Centre in Guwahati, said that the high population among the Muslims especially the poor, due to lack of education and awareness, is a major reason for backwardness.

“A demographic study of 1,000 sample households in char villages of four development blocks in Barpeta and Kamrup districts revealed a TFR of 4.56. Unfortunately, there was no specific study in the districts,” Sarma said.

He, however, said that the situation is improving.

In this regard, senior journalist Dhiraj Kumar Sarma said that education is the only way to solve the problem of high population growth.