This is a full fledged, justification of rape that flies in the face of all that is human and legal

To imagine that ruling party members would take the Indian National Flag and use it as a statement for a demonstration supporting rapists was impossible even for die hard cynics till a few years ago. That Indian patriarchy found it easier to hit the woman survivor than the rapist was of course an established fact, but that the BJP would join and lead a procession with the Hindu Ekta Manch against the police arrest of rapists who tortured and killed a little girl did go beyond all limits of sane thought.

But this is exactly what has happened, with not a murmur from the government at the centre. And only a statement from Chief Minister Mehbooba Mufti who should have got the protesters arrested for the violation of the Indian Constitution and the law. Or else resigned as this is probably one of the most distinct divisive and nasty incident since she has taken over, as the victim is a little eight year old girl who was tortured, raped and killed in Kathua district of Jammu and Kashmir. The rape was not normal, as there were torture marks and human bites on her body. She was also reportedly given electric shocks. Her legs had been broken and she had been raped.

After protests the police formed a Special Investigation Team and finally arrested a Special Police Officer Deepak Khajuria. Posted at the Heera Nagar police station Khajuria was amongst the team that had gone looking for the girl, but has been since arrested for “raping and murdering the little girl after holding her captive for a week.” The little girl was kidnapped while she was herding horses at Rasana village on January 10. Her disfigured body was found a week later. Khajuria had also allegedly brought in an underage boy to rape and torture the girl.

Khajuria reportedly told the police during the interrogation that he had done this to strike fear amongst the nomad community. The Jammu and Kashmir police said that the gruesome abduction and rape had been planned in advance.

The protest by the Hindu Ekta Manch and the BJP is even more gruesome as it legitimises heinous rape, and makes a mockery of rights and justice. These men have brought shame on the Indian flag by using it for a procession supporting rapists, although so far despite the pressure the police has not succumbed. The protest also feeds into the widespread perception in the state that the crime was politically motivated, and as Khajuria has reportedly himself confessed, to strike fear and ground the nomads in the state.

Impartial police action has however, prevented the plan from succeeding. Additional Director General of Police, Crime Branch, Jammu and Kashmir Alok Puri said in his initial comments to the media that the involvement of more persons could not be ruled out. At least some of them seem to have given themselves a face in the demonstration in Jammu, with the intention being to justify a heinous crime and give it a communal hue.And to send out the message that the BJP and the Hindu Ekta Manch would protect its own.

Right wing nationalism has taken a dirty turn, and while the National Conference and Congress members are protesting, there has been not a word from the national opposition or from the women’s groups on the rape, the politics behind the rape, and the use of the national flag to justify the rape. The 8 year old child went through sheer hell in the last week of her life, and yet in this country we have men coming out in protest against the arrest of the accused. Instead of insisting on a speedy trial and his incarceration.

This is a full fledged, in your face, justification of rape that flies in the face of all that is human and legal. And sets a base benchmark for gender crime, by giving it a communal hue, and justifying it in a border state with the use of the national flag. And all this amidst deep and complete silence from the larger political establishment of India, and the women's organisations who seem to have disappeared from view. Why? Because the victim is a poor little nomad, of people we have come to accept as not our own? 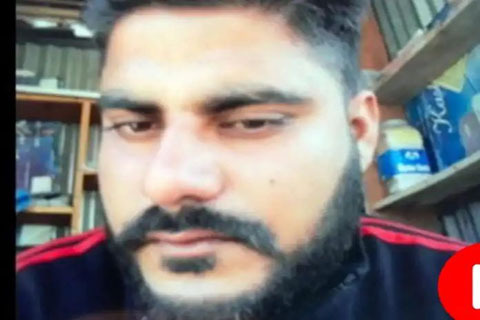