A Cry From the Heart From the ‘Bleeding Paradise’

Historically Kashmir has been known as “Paradise on Earth” because of its natural beauty. Unfortunately, for past some time there has been so much violence and blood shed that it is turning into a bleeding paradise.

The recent attack on a CRPF convoy was the most gruesome seen in last couple of decades. Not only were the buses blown to smithereens but in a most gruesome manner the body parts of the soldiers were lying all over the road. 50 soldiers were killed and scores injured. There was no trace of the militant’s body who is supposed to have committed the suicide attack. He too must have been blown to smithereens!

For what? For the beneficiaries of conflict in both India and Pakistan and beyond across the seven seas! These are not the only soldiers who have died. Soldiers on both sides have been dying continuously for last 70 years. Three destructive wars have been fought. Even now preparations they say are on for another round! Apart from the wars, every day there are firings on the Line of Control in which both the soldiers and the civilians die.

As regards Kashmiris, during last three decades over a hundred thousand have been killed, thousands have been injured and some maimed for life and over 10,000 are missing without a trace. There are thousands buried in unmarked mass graves in different parts of the valley. Scores of women have been raped. For last four years not only have people been killed indiscriminately but scores have been blinded by the use of pellet guns even on young children including some infants. Scores of houses have been blown up where militants had taken shelter. To get an idea of mayhem committed in Kashmir during last few years one should read the book “Blood on My Hands” by Kishalay Bhattacharjee.

The recent militant attack is just one instance of what has been happening on both sides. It is senseless violence without any purpose. The soldiers were there not for the love of their country but were doing a job to feed their families. Most of them came from poor families. Militants are there because they have been virtually driven to a wall. In mid-seventies of the last century there was no militancy or violence.

Kashmir was hosting more than half a million tourists including almost a hundred thousand foreigners. Then what happened? Well, it is a known historical fact that the bulk of the population had their aspirations of freedom promised to them by both the neighbouring countries. The youth tried to express their views through peaceful means and even tried to take part in an election conducted by the Election Commission of India. They had desired to express their views peacefully as elected representatives. Instead of welcoming this development, the youth were arrested, beaten and hunted and the result was a militant movement which has bled Kashmir on both sides for last three decades. The election candidate from Amira Kadal constituency is the Chief of the Hizbul Mujahideen militant outfit.

The worst tragedy is that both the neighbours are not losing their sleep on the mayhem which is going on in Kashmir. In fact, the politicians in both the countries make every attempt to use this senseless bleeding to further their own agendas. They have never sincerely and honestly tried to sit for an unconditional and a sincere dialogue to settle the basic political problem.

There can be no peace unless the basic political problem which is globally acknowledged is honestly and sincerely settled. The so called mainstream politicians do not give the real ground situation to the rulers as well the people of India. They are there for their own benefits. Kashmir in medical parlance is suffering from a condition called the hemophilia. It is a condition in which the blood of a person has no coagulants and the bleeding even from a smallest cut cannot be stopped.

The person can even bleed to death! The only coagulant which can stop this endless bleeding is the unconditional dialogue involving all the stakeholders. The sensible people have been advocating all the time for a dialogue to begin but unfortunately no one in authority is prepared to listen to them.

Raising the emotions of the people for revenge and targeting innocent Kashmiris having nothing to do with the particular incident cannot solve the basic political problem. It is a virtual confirmation that Kashmiris especially the Muslims have no place in India! So far many Kashmiris were sending their children to different parts of India for studies and many Kashmiri traders were going for business all over India.

Now even the government employees residing in Jammu as part of the annual winter office move are requesting the State Governor for transport back to Kashmir. Just imagine the scare Kashmiris in different parts of India are facing! The only alternative left is for all political leaders in India to call a halt to what is happening all over India with Kashmiris residing or studying there.

Otherwise all youth in Kashmir are poised to turn to militancy, bleeding not only Kashmir but the entire sub-continent to death. Is somebody listening please? 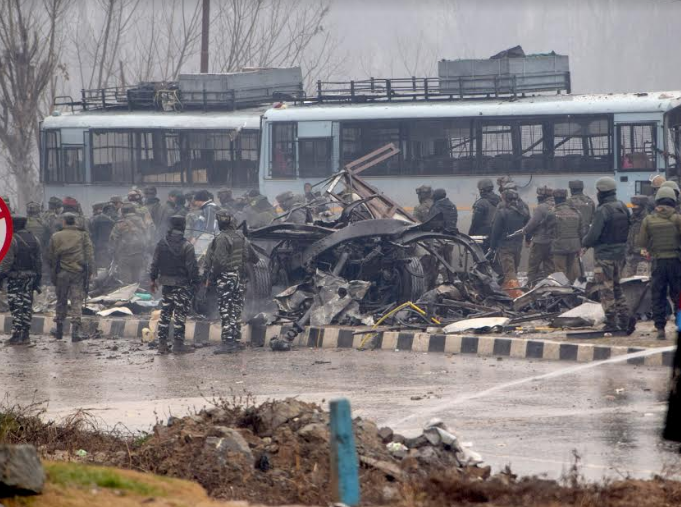 (Mohammad Ashraf is a retired IAS officer from Jammu and Kashmir, He was former Director General of Tourism in the state.)