The Strategic Importance of Galwan Valley

It was agreed, both by India and China, during the meeting of the respective commanders, held on June 6 that troops should disengage and pull back. While Indian soldiers pulled back, Chinese troops, keeping in line with their past practices, stayed put on the Indian side of the Line of Actual Control - both in Pangong Tso and Galwan Valley.

Instead of pulling back, China set up a Post at Patrol Point 14 in the Galwan Valley. China had done the same at Doklam, where it not only continues to occupy Bhutanese territory, but in addition constructed a road and barracks etc.

In good faith and as per the agreement, Colonel Santosh Babu along with some troops went across to tell the Chinese to remove the post at Patrol Point 14, as agreed to during the meeting on June 6. As now appears to have been the practice, they were not armed. This was visible in earlier videos of scuffles between Indian and Chinese troops where they are not carrying weapons.

Obviously if on that fateful night, the Indian soldiers had been carrying weapons they would have used these in self defence. No Indian commanding officer would have held back his battalion from using weapons, and stood by to witness the brutal attack that killed at least 20 soldiers.

The sad part is that Indian troops were not carrying their weapons or even sticks, iron rods or any other such weapons, and therefore how they killed so many Chinese troops, as being claimed is difficult to comprehend. Another misinformation from the Indian side was that no soldiers had been held hostage by the Chinese troops, but now we have been informed that 4 officers and 6 men held by the Chinese have just been released.

It is also a bit strange that it is left to the Minister of External Affairs, rather than the Defence Minister, to brief us about the troops and weapons at the time of this unfortunate incident. The Foreign Minister, who was earlier foreign secretary, should instead brief us on the country’s foreign policy and tell us how China has gained so much influence amongst countries in India’s immediate neighbourhood.

China has on regular basis, been violating the LAC, in spite of agreements in 1993,96,2005,2012 and 2014 to respect the LAC. Taking advantage of delineation of boundary not marked on the maps and on ground, China has been occupying patches of land across what India considers is the LAC. Ingress in the Pangong Tso ( Fingers 4 to 8 ) and the developments in the Galwan Valley carries special significance. From the observation post of China in the Galwan Valley, it can interdict the recently constructed road to Daulat Beg Oldi ( DBO ) which lies at the base of the Karakoram Pass. When required the large body of troops with tanks and guns, stationed in the Galwan valley can physically move and occupy this road to DBO.

Karakoram Pass overlooks the area through which Tibet- Zinjiang highway passes. Further down, this highway, China- Pakistan Economic Corridor, (CPEC ) and One Road-One Belt Initiative branch off. So if at some future date, relations between China and India reach a conflict stage and India decides to choke Tibet-Zinjiang highway then China can counter that by interdicting the road to DBO, at the junction of Galwan and Shyok rivers.

This would explain China’s move to build such extensive military infrastructure and position a large body of troops and equipment in the Galwan valley. It is on similar grounds that China objected to India making a road along the Galwan River, upto the LAC, which eventually gives Indian an opening into Aksai Chin. China plans for the long term.

Unfortunately we have never been able to decipher China’s long term policies. The Wuhan ( April 2018) and Mahabalipuram ( Oct 2019 ) meetings between President Xi of China and Prime Minister Narendra Modi and the so called bonhomie, was just a ‘Jumla,’ and had only one purpose. To gain full access to Indian markets and garner contracts for maximum number of projects while of course keeping India off guard.

China has invested $200 billion in Indian start-ups. India’s annual trade deficit with China is nearly $ 60 billion. China has been able to pick up many infrastructure and other contracts in India. China’s investment in Gujarat is the maximum. China is also believed to be gaining influence with certain high powered industrial houses and others in India.

Unbridled import from China has resulted in the closure of a large number of cottage industries and small businesses. This has largely contributed to unemployment in the country. Even ‘Agar Battis,’ statues of Hindu Gods and Goddesses, large size pictures of Sikh Gurus and ‘Diwali’ lights cell phones, multitude of other daily use items come from China.

Chinese companies are financially supported by their government and as such can out bid any Indian company in their quotations. Chinese companies have made considerable inroads into Indian communication systems, power grids, railway operations etc and when occasion arises it can seriously interfere in their operations.

It is indeed strange that this rather important Ladakh sector is with Indo Tibetan Border Police, ( ITBP ). Obviously there have been serious lapses in patrolling, and failure of intelligence agencies, else such large scale built-up of Chinese in the Galwan river sector and Fingers area would have been known well in time.

In the Ladakh area, some sectors are with the army and some with ITBP. This duality of responsibility only adds to the confusion prevailing on this front. This mix-up needs to be resolved.

It is now being claimed that Chinese massive buildup and developing extensive military infrastructure in this sector was confirmed by Indian intelligence agencies and reports were sent to Delhi. How were these reports ignored? Is there any one accountable? 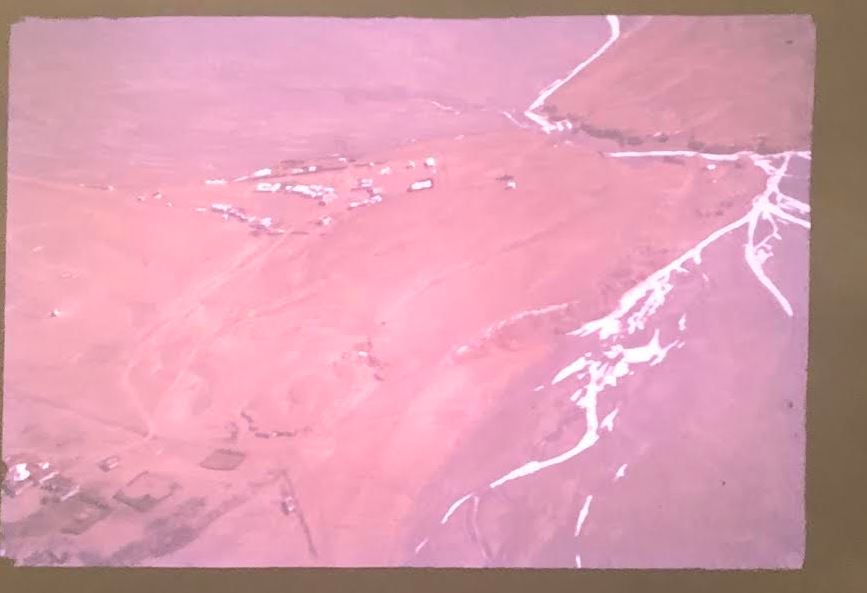 Cover Photograph of the Daulat Beg Oldi camp of the ITBP. Photographs was taken by lt General Harwant Singh in 1990

Kashmir Journalist Says Police Jailed Him for 22 Days, Harassed His Family 8 hours ago

News Reporting Is Fast Disappearing Into News Laundering 9 hours ago

The Economic Strangulation of Bihar 9 hours ago

The Economic Strangulation of Bihar