From One Provocation to Another - Do We Still Need to Borrow Political Will?

India woke up TO the latest Chinese provocation through a statement released by the Ministry of Defence at 1035 AM on August 31 that read, “On the Night of August 29/30 2020, PLA troops violated the previous consensus arrived at during military and diplomatic engagements during the ongoing standoff in Eastern Ladakh and carried out provocative military movements to change the status quo. Indian troops pre-empted this PLA activity on the Southern Bank of Pangong Tso Lake, undertook measures to strengthen our positions and thwart Chinese intentions to unilaterally change facts on ground. The Indian Army is committed to maintaining peace and tranquility through dialogue, but is also equally determined to protect its territorial integrity. A Brigade Commander level Flag Meeting is in progress at Chushul to resolve the issues”.

The PLA effort to open an altogether new front first time on the south bank of Pangong Tso makes it a grave provocation.

Unconfirmed reports say 4-500 PLA had crossed the LAC into the Indian side but our troops were waiting, there was a scuffle, there were no injuries to own troops and some PLA prisoners may have been taken. PLA Western Theatre Command spokesman stated on evening of August 31, “Indian troops have violated the consensus reached at the multi-level talks between India and China and again crossed the line of actual control at the border on Monday (read August 31) and purposely launched provocations. China strongly opposes the acts and urges India to immediately withdraw the troops that have illegally crossed the LAC.” The language of the bully is unmistakable with China blaming India for aggression again.

Why the PLA activated the south bank of Pangong Tso can be because of multiple reasons. First, recent photographic evidence of a cemetery in China-occupied Ladakh of 103 graves dedicated to PLA personnel killed in the Galwan clash on night of June 15-16 would have jolted President Xi Jinping badly (more than five times of the Indians killed), prompting him to direct PLA to go proactive and extract revenge as possible.

Second, could be the reason to keep India perpetually on the defensive through opening new fronts – forcing India policy makers to convert their mindset from ‘defensive’ to ‘defensive-defensive’. The stock of India was sky-high in the world after the India-Pakistan War of 1971 and liberation of Bangladesh. But the response to the current Chinese aggression is in sharp contrast.

This does not in any manner mean lack of grit and capability at the ground level in the military, as was proved by the Galwan clash. Killing 103 PLA soldiers with probably that many injured as well should have energized the government to direct the Army to capture the Galwan heights without further delay. But instead of doing so, more time and energy was spent on whether the patrol led by Colonel B Santosh Babu was or was not carrying firearms under existing orders.

Similarly, China opened a new front in Depsang by occupying the Y-Junction more than a week after the Galwan clash – same place 20 km deep where the PLA intrusion continued for some three weeks in 2013 including during the visit of Chinese vice premier Li Keqiang.

Why did we not pre-empt the PLA intrusion in Depsang this time by occupying the Y-Junction before them which is very much Indian Territory? But that was hardly possible when we were busy covering up intrusions for public consumption at home, letting China consolidate and brand India the aggressor.

Third reason for China’s recent provocation could be that China is actually looking for limited war with India; judging that Indian policy makers would keep prevaricating. India has immense military potential but its credibility as effective deterrence can only be established if we demonstrate it selectively by employing it. This we have failed to do and that is what China banks on to further its tactical and strategic interests including grabbing more territory and shifting the LAC deeper into India.

Unfortunately we seem to be missing out that time may be at a premium and China will continue to open fresh fronts to keep us engaged while preparing for limited war that may be on a broad front - Ladakh included and possibly even activating Bhutan, not to mention the ‘iron brother’ who would have no option but to obey.

Our policy makers get more inhibited with journalists on Beijing’s pay roll that India can never match Chinese military power. These Jai Chands would be happy to make India surrender all illegal territorial claims of China, not that China would stop at that. But our policy makers may do well to listen to Krishna’s gospel to Arjun when the latter dithered from fighting the numerically larger Kauravs army aside from other reasons.

Galwan has proved we can inflict more than five times the casualties on the PLA even when not permitted to open fire. So what is scaring our policy makers?

In a TV discussion on the deep PLA intrusion in Depsang during 2013, a veteran General suggested we should go sit behind them. The immediate response from a Member of Parliament from the ruling party was, “General sahib aap to ladai karwa doge”- you will drag us into war.

We do not seem to have got over that fear psychosis and China is capitalizing on it. We are proving this periodically through the drama of military to military talks, recent one being the Brigade Commander level talks in Chushul. This is naïve though China would find it amusing. Military to military level talks were alright for exchange of prisoners but anything beyond that is outright stupid.

There are many individuals on TV covering our meekness by saying “India is a mature nation” but are our actions appropriate in dealing with a country like China and Xi Jinping whose only aim is to achieve world domination in the shortest time?

Isn’t it time for the National Security Advisor to issue an ultimatum to his counterpart special representative on border talks Wang Yi that enough violation of India’s redlines has happened – no more and if the PLA does not withdraw to the April 2020 status (which it will not) then the talks are over and India will act as deemed fit?

Along with ongoing imports of weapons and weapon systems we might as well borrow some political will from Israel or Vietnam. Surely we cannot continue taking cover behind economic steps taken against China.

Lt General Prakash Kastoch is a veteran of the Indian Army. Views expressed are personal.

Photographs taken from the social media

Editors note: The photographs used here have been in wide circulation and even run by media channels Aaj Tak, India Today, Times Now. Alt News ran a fact check on them and came up with the following:
https://www.altnews.in/india-today-group-times-now-air-old-images-of-pla-cemetery-as-graves-of-chinese-killed-in-galwan/ 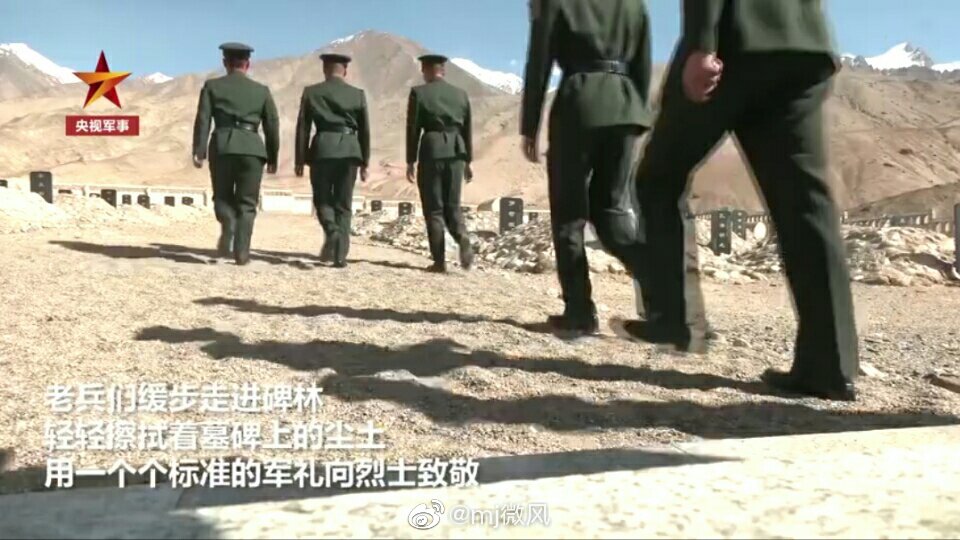