People’s Alliance- A Rough and Hard Task Ahead

The People’s Alliance for Gupkar Declaration (PAGD) that has taken shape in Jammu & Kashmir augurs well for democratic politics and the future fight for safeguarding the constitutional and democratic rights of the people of J&K.

The first Gupkar declaration was on August 4, 2019 when six parties met at the house of Farooq Abdullah in Gupkar Road after which the declaration was named. The statement talked of safeguarding the special status of J&K, Article 370 and Article 35A. The very next day, on August 5, the Modi government moved to scuttle Articles 370 and 35A in parliament and to dismantle the state of Jammu & Kashmir.


This brazen assault on the constitutional status of J&K was accompanied by the large-scale arrests of all political leaders and activists, except those of the BJP and their hangers on in the state. The lockdown that ensued was the most ferocious clampdown on an entire people and their basic rights.

They stated: “We all reiterate our commitment to collectively fight to restore the Special Status of J&K as guaranteed under the Constitution and the commitments made from time to time.” They declared “any division of the state is unacceptable to us”.

The Gupkar Declaration-II was the first step in the regrouping of forces committed to defend the special status, statehood and rights of the people.

The Congress party, whose PCC president had attended the August 22 meeting, did not participate in the subsequent two meetings. The Congress leadership at the national level is taking a stand that it was only opposed to the manner in which Article 370 was annulled implying that it is not seeking its restoration. This stand reiterated by its spokesman recently after Modi’s attack on those seeking to restore Article 370 during the Bihar election campaign, seems to be the reason for the vacillating approach of the J&K Congress.

The Congress should not forget that it was Jawaharlal Nehru and Sardar Patel who negotiated with Sheikh Abdullah and National Conference leaders on J&K’s joining the Indian Union, which resulted in the formulation of Article 370 in the Constitution. Nehru saw the smooth accession of J&K to the Indian Union based on its special status as a vindication of the secular character of the Indian State. The Congress should not in any way compromise this secular legacy.

The new political alliance which brings together the two major rival parties – the National Conference and the PDP – has not come a day too soon because the widest unity of the democratic and secular forces in J&K is required to face the continuing onslaught on the identity and rights of the people. 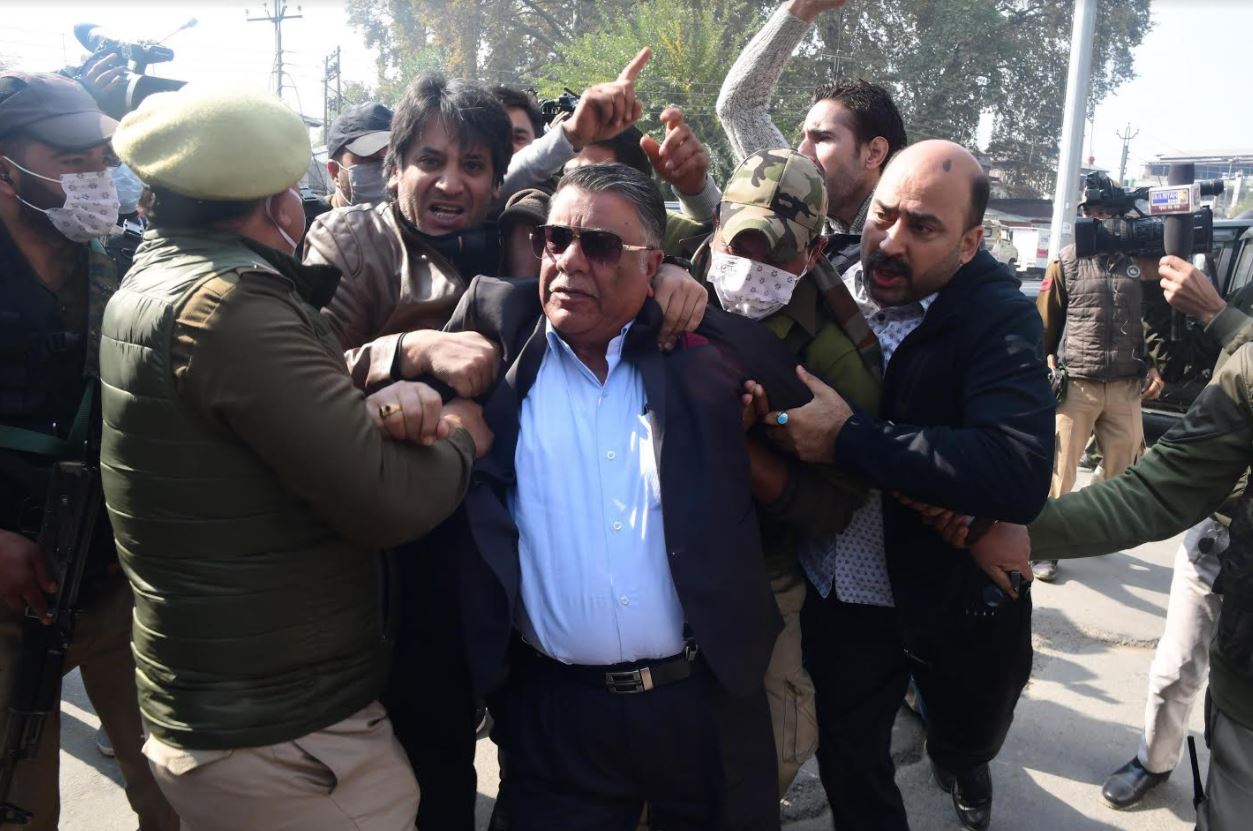 The central government has just announced a change in the land laws of the union territory whereby people from outside can buy land in the UT. Earlier it was only permanent residents of the state who were entitled to do so. This step goes beyond even the domicile law which has been promulgated and is an open invitation to exploit the land and resources of J&K and to promote the process of demographic change.

The People’s Alliance has a hard task ahead in the struggle to restore autonomy within the constitution and safeguarding the rights of the people of J&K. In order to do so, it must first struggle to restore democratic politics and democratic rights which is the basic entitlement of all citizens of India. The People’s Alliance must also dispel any perception that it is a Valley-centric alliance and reach out politically to democratic forces and public opinion in Jammu and Ladakh and build a common charter which can counter the divisive politics of the BJP-RSS combine.

The People’s Alliance must get the backing of all the democratic and secular forces in the country. The assault on the special status and statehood of Jammu & Kashmir was an ominous portent of the wider attack on federalism which is taking place. The centralisation drive of the BJP government is trampling upon all federal norms and rights of the states. The encroachment of the centre in state subjects listed in the constitution, as seen in the recent Farm Bills, the refusal to fulfill its commitment on the GST compensation dues and the use of governors to interfere in matters of state governance are symptoms of the anti-federal drive. The endeavours of the People’s Alliance must be seen as part of the overall struggle to defend democracy and federalism in India.

The BJP has attacked the People’s Alliance with its usual stereotypes of “anti-national” and acting at the behest of Pakistan. But the Modi government should be aware of the ground realities. After more than a year of brutal repression, the alienation of the people, particularly in the Valley, has reached a level never before. Unless the centre is prepared to initiate a dialogue with all stakeholders in the erstwhile state, there can be no democratic way forward. However much the Modi government and the BJP pursue a hardline security and law and order approach, they cannot ignore the basic fact that the problem of J&K has to be dealt with politically.

During the Vajpayee government, political efforts were made for dialogue including the bus trip to Lahore by the prime minister. Under the then home minister, L K Advani, talks were held with militant groups including representatives of the Hizbul Mujahideen.

If the Modi government is not willing to engage with the mainstream political forces in Kashmir, who have always stood for the union with India, there can be no progress in the resolution of this intractable problem that continues to have a vital bearing on the federal, democratic and secular polity of the country. 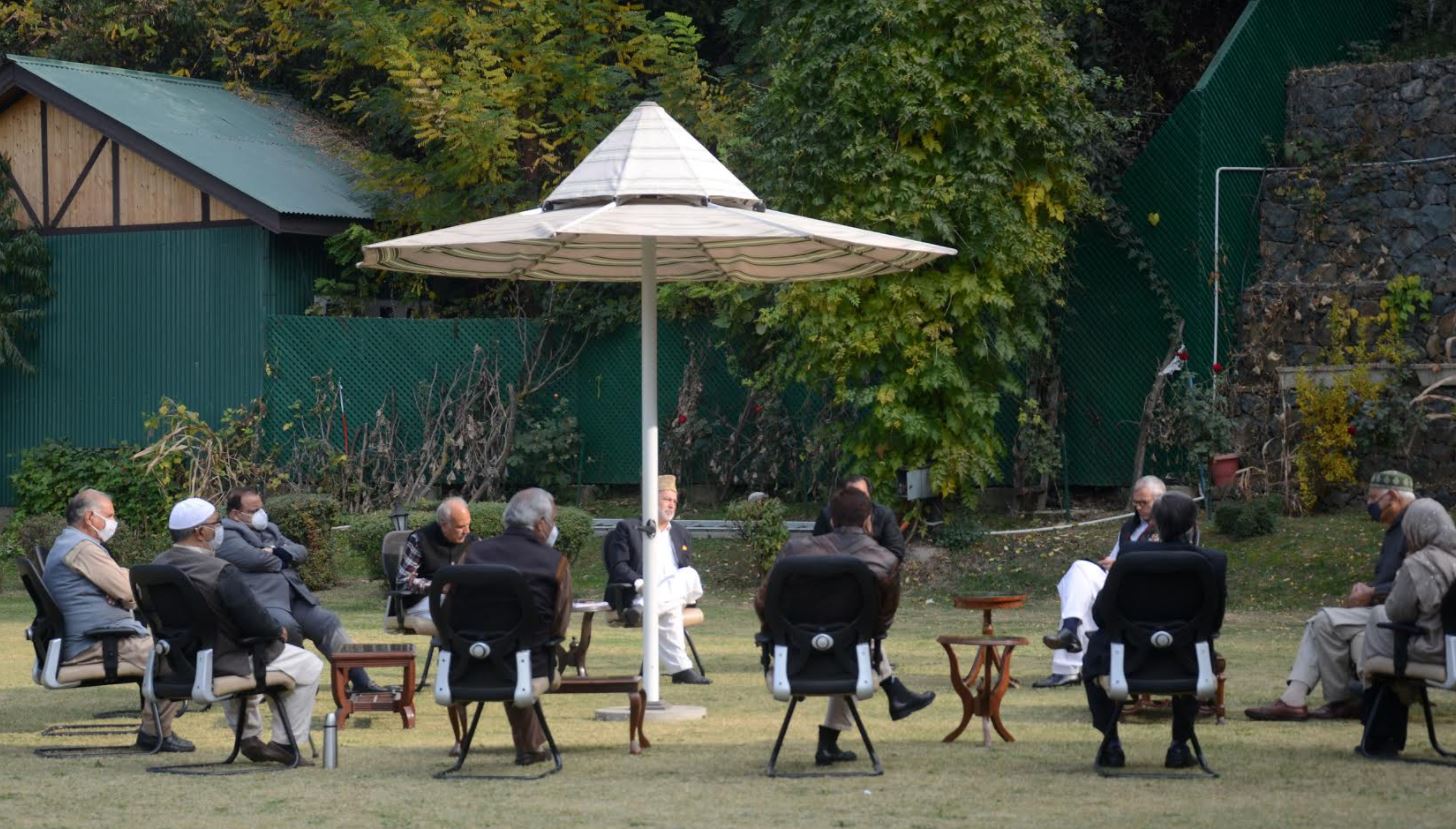 Prakash Karat is member of the CPI-M Politburo.