Democracy is not just about an elected Parliament and periodic elections. Democracy is pointless without debate and discussion. Democracy is a system of government by compromises and accommodation. That is why it’s called a reconciliatory system, where the myriad aspirations of individuals, groups, regions and nations are sought to be reconciled towards a common good.

It is hence a government by discussion and debate, for the method of making choices is by common consent and acceptance. A prime prerequisite for democratic functioning is institutional order and coherence.

Unfortunately what we have been witnessing in the recent past is the collapse of institutional order and coherence. Parliament is where these aspirations are intended to be reconciled, and Parliament has become increasingly dysfunctional.

Politics in India has been becoming increasingly adversarial and anything goes as long as it accrues to the gains of the adversaries. Imagine a game of chess where instead of two sides – black and white – we have one more side say in red playing on a three-sided board. The objective of each of the players would be to destroy the pawns and powers of the other sides and capture their kings. Now complicate this a bit more. The rules of the game could allow any two sides to combine for a certain length of time against the third or any other combination. This game then gets very complex with colors switching sides at will to make gains.

The Indian political system might very well have more than three colors. But we can see three major sides in the political spectrum for now. These are the BJP, Congress and the loose alliance of the ex-Janata Dal factions and the regional parties, commonly called the third front.

From 1969 to 1989 the BJP (formerly Jana Sangh) and the precursor factions of the Janata Dal used to combine against the Congress. The political and economic goals of the three major groupings in Indian politics do not differ very much. They are all committed to a raucous democracy and an increasingly populist economic system.

The evolution of our politics into a non-ideological political competition has seen the demise of discussion and debate in Parliament. The expansion of 24X7 TV news channels and their vacuous talk shows aimed at garnering TRP’s rather than spreading light has only accelerated this process.

Parliament still meets and passes bills and enacts laws, but most of this is done without the debate and discussion they require and we expect. Even the budget is barely discussed. The defence budget has not been discussed for years now. Parliament even functions without quorums most of the time.

In this situation the political adversaries pick issues to stall important political statements the ruling party is invested in. The GST Bill is a case in point. The BJP opposed a GST as long as it was in the opposition. The BJP states, including Gujarat led by Narendra Modi, were very vociferous in their opposition. To the Congress then, the GST was a symbol of its commitment to the reforms process. Now the sides have switched. The Congress is hoisting the BJP on its own petard.

One has to look beyond sundry ambitions of individual politicians for this dysfunction. There are serious institutional flaws in our parliamentary system too. For instance, the opposition has little say on the agenda for discussion. Our rules allow for somewhat stronger government control over the agenda than many other parliaments.

The Speaker of the English House of Commons presides over the House's debates, determining which members may speak, for maintaining order during debate, and may punish members who break the rules of the House.

Unlike presiding officers of legislatures in many other countries, the Speaker remains strictly non-partisan, and renounces all affiliation with his or her former political party when taking office as well as when leaving the office. Customarily, the House re-elects Speakers who desire to continue in office for more than one term.

On the other hand, the Speaker of the US House of Representatives is an active and partisan leadership position and the incumbent actively works to set the majority party's legislative agenda.

The office of the Speaker of the Lok Sabha is modelled after the English Speaker. But in India, with its rather lesser regard for convention, the Speaker continues to be a party hack and works closely with the government that chose him or her to further the party’s political agenda. It is little wonder then that the Speaker, despite the show of deference and frequent reference by the MP’s, actually commands little authority to control the house.

On the other hand opposition members often feel stonewalled because of the Speaker’s political affiliations. This is perhaps why the Lok Sabha ever so often witnesses so much disorder and wilful disobedience.

This convention of having a Speaker from within must be re-examined and we might be better served by having Parliament presided over by an eminent and commonly trusted individual, perhaps like a retired Chief Justice, who might bring a more enlightened view of right and wrong to the office.

Then there is the Anti-Defection Act that seriously limits free discussion by muzzling inner party discussion and expression of dissent. This Act disrespects the essential reality that Members of Parliament or the legislatures are representatives of the people.

That they are members of a political party is only incidental. The elected members are intended to represent and protect the interests of the people who elect them and not that of a handful of leaders. It makes them subservient to the whip on the pain of expulsion.

This tyranny of the whip has made MP’s marionettes that are forced to act according to the wishes of the party leadership. Most party leaderships are now vested within families and clans, and leadership is hereditary or extra-institutional

So where do we go from here? And where will we discuss and debate just that? 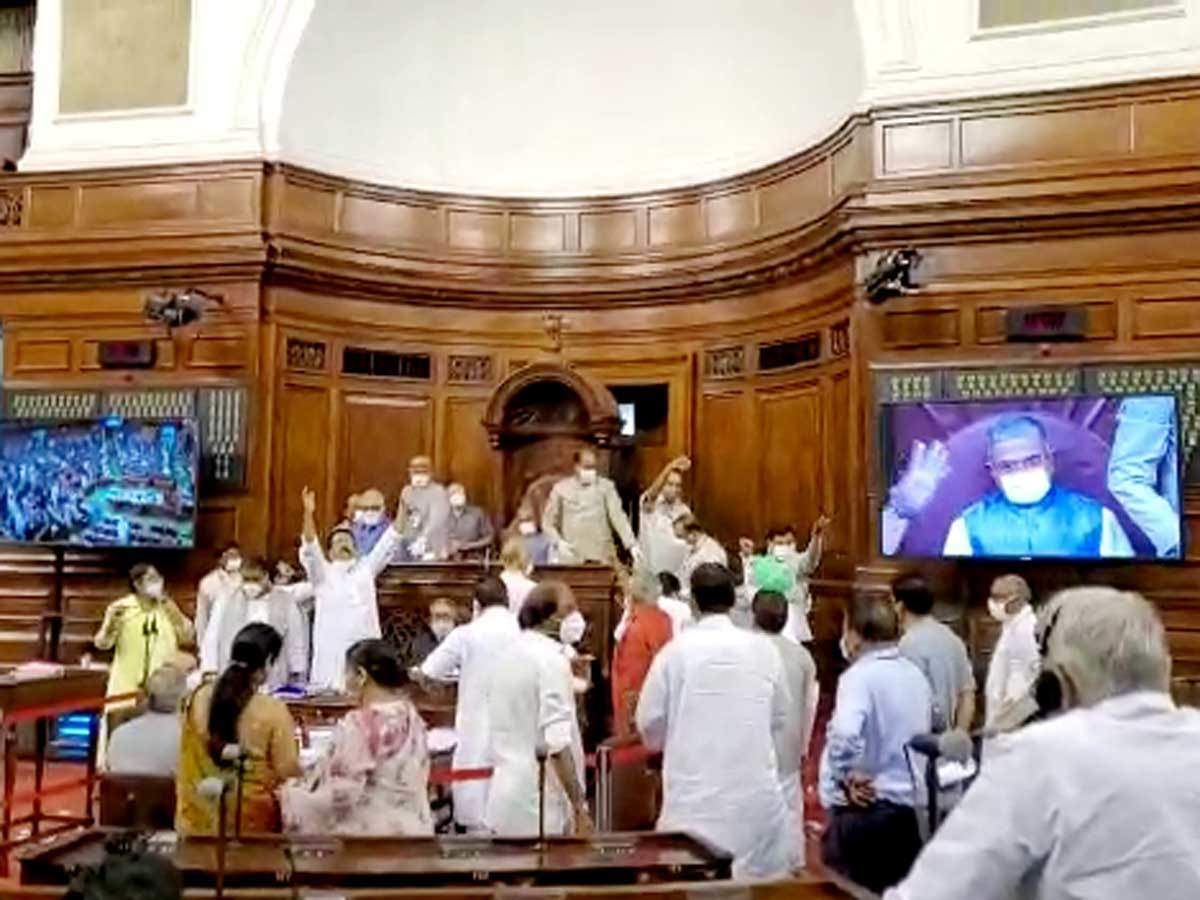