Shaheen Bagh and the Farmers Protests, the Urban and the Rural

Comparisons, it is said, are odious. But when big and powerful protests take place in and around Delhi, back to back, through two successive winters and ignite India in the process, similarities and differences automatically come to mind. As history is in the making, and the one leading to the other demonstrates a certain resilience and determination in the people of India that the British were unable to comprehend, and the even the larger establishment now is failing to understand. The response of brute force has not quelled the passion for justice and rights in the people of India clearly, as the urban anti-CAA movement has been followed within the year by the largely rural farmers protests. Bigger and more self reliant.

Shaheen Bagh and the farmers' protests ignited India’s imagination. The women leading the anti-CAA movement were more vulnerable but got support from students, artists, academics, activists that added to their inherent determination, and helped them brave the bitter winter and the intimidation and threats. More vulnerable because of their gender and their religious identity, they were attacked with every arrow and knife that could be hurled at them ---from stopping the traffic to being jihadis, conspirators with urban Naxals, supported by Pakistan, anti-national, the works. Violence in north-east Delhi was used to arrest young students and others in a crackdown that has left many traumatised, and in jail.

What might have been a flash in the pan protest, acquired great significance as women came out in Shaheen Bagh replicas across the states, opposing CAA as a measure to take away their citizenship rights. People from all walks of life and communities joined the protests that were peaceful and cultural. In fact jathas of Sikhs also camped in Shaheen Bagh, organising langars, and sitting with “our sisters in solidarity.”

Shaheen Bagh was a first, and it soon became apparent that it did not have a leadership (the government knew this as well as anyone else although it claimed differently) with disparate groups trying to coalesce after the protests had begun. Differences between these were apparent, more so over the timing of when to end the dharna or if at all as the demand had not been met. Besides, there was no ground support of the kind seen for the farmers with few resources..

A new set of laws has brought out the farmers with thousands and lakhs moving to venues on the outskirts of Delhi. The first move came from Punjab and Haryana, although it is apparent to those who are not too blind to see that farmers from Western UP, Maharashtra, Madhya Pradesh, Rajasthan are present in full strength as well. But it is the organisation of Punjab and Haryana that has given the sustenance to the movement, as these farmers have learnt from the inadequacies of the past, and come in with all that it takes and more to support a long haul. So there is food in plenty, doctors with medical supplies, a store house with basic goods on sale, books to read and be educated, along with songs, and speeches, and support as people drive in to sit in solidarity for the day and for the nights. Not being an urban movement it has amazing resilience and staying power, with villages in Punjab sending their men and women to Delhi in rotation, looking after each other's fields and households.

The elderly, as in Shaheen Bagh, have led the march to Delhi but the lakhs comprise enthusiastic young farmers who are not a product of urban squalor but the green revolution prosperity. They are well educated, well read, and have a sense of purpose. They have the courage of the well to do farmer, the spirit of Punjab, and the determination of the son of the soil who has seen hardship and whose muscle is metal.

There was an undercurrent of fear at times at Shaheen Bagh, as the women and their families felt the threat of armed men. But this is completely missing from the farmers protests, who have the confidence to take on everyone --- from the corporates, to the government, to the controlled media that is allowed in but challenged by groups of farmers who ask them to account for their bias and partisanship and lies. Many have fled the spot, many have not even ventured in for fear of being taken to task ---peacefully of course.

The farmers refuse to be provoked, but at the same time are firm and honest in their views. In an environment where lies and threats prevail, this itself has become difficult to counter with fake news being busted by the farmers steadily but surely. They have started their own newspaper, their own YouTube channel, and use social media to counter charges of Khalistani and Pakistani. They are never on the defensive, and take on each and every bit of criticism including that of eating pizza. They laughed away the last pathetic and absurd charge by pointing out that they were sorry they could not fit the media’s stereotype of the farmer in dirty tattered clothes, speaking in the local dialect, and eating roti with salt. “We are educated, we speak English, and we are farmers,” they said on social media deriding the ignorance of the media and the trolls.

In the eyeball to eyeball confrontation between the farmers and the central government neither has blinked. There have been talks but the efforts to divide the farmers have not succeeded. This is largely because of the use of knowledge, that has been imparted to farmers through Punjab through grassroot ‘classes’ where, in preparation for the protests, they were acquainted with the farm laws and the reasons for the Delhi Chalo call. Reporters find every farmer well aware of why he or she is at the protest site, with many with better information about the farm laws than the scribes themselves.

The government is not willing to repeal the laws. The farmers are not willing to leave until and unless this happens. In normal situations the government has always more staying power, that goes without saying. But this is not a normal situation as the farmers did not come in expecting a quick and easy response. They are being led by 40 organisations in which they have faith, and it is also because of the pressure of the people that the leaders cannot back off or even appear to be seen as doing any ‘deal’ with the government. The anger is peaceful, and yet runs deep.

The establishment has found its usual ploys rendered useless by the alert farmers. Its first bid to stop the farmers from reaching Delhi with lathis and water canons was negated by the protestors with one even climbing up on to a water cannon and turning off the taps as it were in a scene straight out of a movie.

The second bid with the social media tirade followed by the media attack on the farmers as Khalistanis, was completely blunted by a strong counter that silenced those seeking to dub the farmers terrorists.

The third, is more placatory through talks but here none of the organisations have backed off from the demand to repeal the laws. Amendments have been suggested by the government and rejected by the farmers.The army of Nihangs that has accompanied the protestors has ensured that armed disruptors cannot enter the protest sites.

The fourth by blacking out the news in the captive media has barely impacted on the farmers who have their own channels of publicity and news.

The farmers have paved new roads for democracy, of good soil and stone. 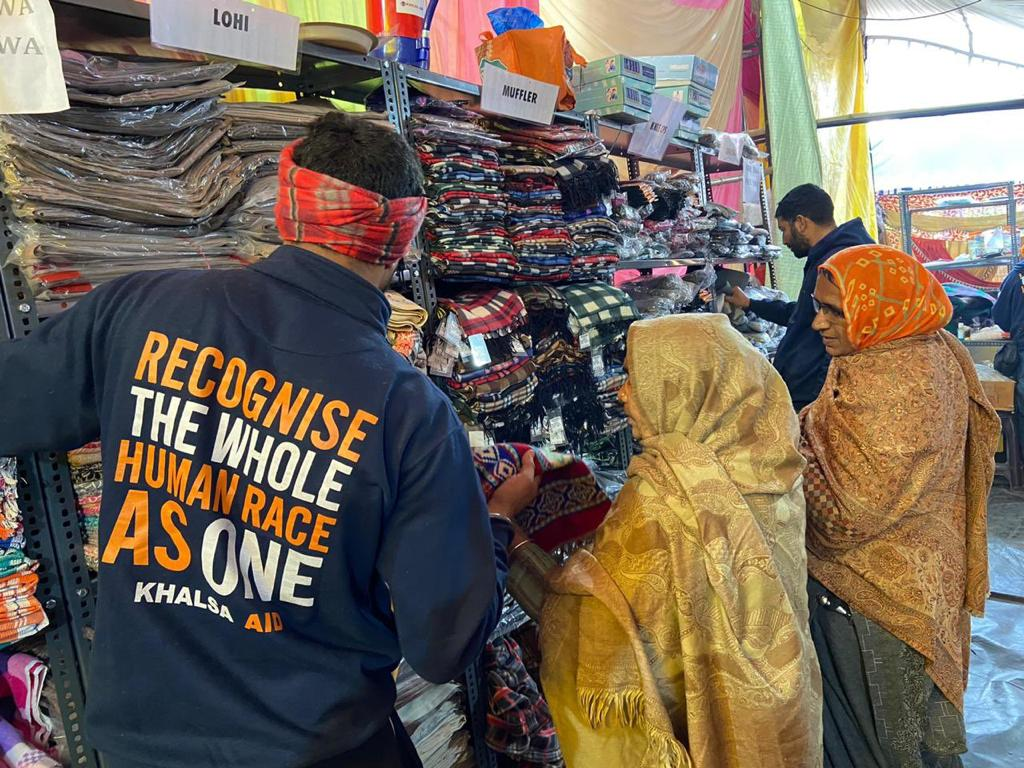