The unravelling of American politics

By mid-February 2021, American deaths from COVID-19 may well surpass the country’s 405,400 deaths during the Second World War. By around mid-May, more Americans will have died from COVID-19 than during the Civil War, which killed 655,000, and the Spanish flu pandemic of 1918, when 675,000 are estimated to have perished.

Yet America’s largely self-inflicted COVID-19 disaster may be eclipsed by the US’s political unravelling, which has proceeded with warp speed in the last few weeks, with the once celebrated American way of succession in power via the ballot box dealt a body blow by a large sector of the electorate that has marched in lock step with their leader in refusing to accept the results of the presidential elections.

Joe Biden will be seated this time around, but this may well be a Pyrrhic victory purchased at the cost of being regarded as illegitimate in the eyes of the majority of the 71 million Americans under the spell of Donald Trump. Future electoral contests for power may well end up being decided by a strong dose of street warfare, as the US goes the way of Germany’s ill-fated Weimar Republic. The violent storming of the Capitol by a Trumpian mob underlined the face of things to come.

America’s crisis has been building up for decades, and COVID-19 has merely accelerated the march to its dramatic denouement. Central to explaining this crisis is the erosion of white supremacy, a condition that the Republican Party has exploited successfully since the late 60s, through the so-called “Southern Strategy” and racist dog whistle politics, to make the party the representative of a racial majority that is threatened subliminally by the demographic and cultural expansion of non-white America.

An added contribution to the Republican consolidation of its white political bastion has been the the desertion by the Democratic Party of its white working class base – the pillar of the once solid “New Deal Coalition” put together by Franklin Delano Roosevelt – as “Third Way” Democrats from Clinton to Obama legitimized and led in promoting neoliberal policies.

Neoliberalism has been central to the concurrent and seemingly irreversible economic crisis of the US. By preaching that it would lead to the best of all possible worlds for America and everyone else if capital were free to search for the lowest priced labor around, neoliberal theory provided the justification for shipping manufacturing capacity and jobs to China and elsewhere in the global South, leading to rapid deindustrialization, with manufacturing jobs falling from some 18 million in 1979 to 12 million in 2009.

Long before the Wall Street Crisis of 2008, such key US industries as consumer electronics, appliances, machine tools, auto parts, furniture, telecommunications equipment, and many others that had been the giants of the capitalist global production system had been relegated to history, that is, transferred to China.

With highly paid manufacturing and white collar jobs sent elsewhere, the US became one of the world’s most unequal countries, prompting economist Thomas Piketty to exclaim, “I want to stress that the word ‘collapse’…is no exaggeration. The bottom 50 percent of the income distribution claimed around 20 percent of national income from 1960 to 1980; but that share has been divided almost in half, falling to just 12 percent in 2010-2015. The top centile’s share has moved in the opposite direction, from barely 11 percent to more than 20 per cent.”

Trump smelled opportunity here that a Democratic leadership tied to Wall Street ignored, and he made anti-globalization a centerpiece of his 2016 electoral platform. And, by tying anti-globalization to anti-migrant rhetoric and dog whistle anti-black appeals, he was able to break through to the white working class that had already given signals it was ready to be racially swayed as early as the Reagan era in the 1980s.

Ironically, the combination of neoliberalism’s ideological conviction and corporate America’s hunger for super-profits made China’s state-managed economy the so-called “workshop of the world,” contributing centrally to the creation in just 25 years of a massive industrial base that has resulted in China’s becoming the new center of global capital accumulation, displacing the United States and Europe.

Xi Jin Ping has his pulse on the New China, infusing confidence to millions of Chinese with an ideology that combines the vision of ever rising living standards with nationalist pride that China has forever left behind the “century of shame” from the mid-1850’s to the mid-1950’s.

Even as an ideologically motivated Chinese population emerges from the Coronavirus crisis, convinced that China’s ability to contain COVID-19 proves the superiority of China’s authoritarian methods of governance, the current spirit of American society is perhaps best captured by William Butler Yeats’ immortal lines: “The best lack all conviction, while the worst are full of passionate intensity.” American ideology – and there is an American ideology – is suffering from a profound loss of credibility, and not only among non-Americans but among Americans themselves. 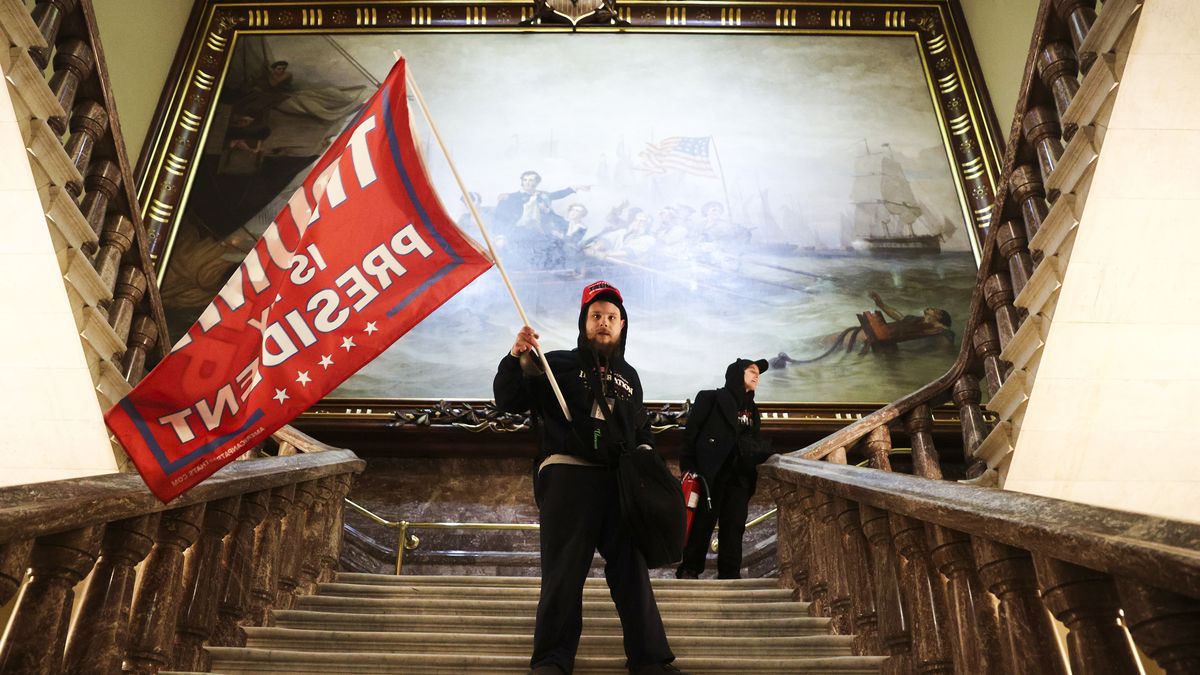 Two primordial beliefs undergird this ideology, and both have been irretrievably eroded: the so-called “American Dream” and “American Exceptionalism.”

The American Dream has long lost its sheen, except perhaps to immigrants. To people on the left, the American Dream is now mentioned only in cynical terms, as a lost Golden Age of relative social mobility that was destroyed by neoliberal, anti-worker policies. To those on the far right, the American Dream is one that liberals have taken from whites through all sorts of affirmative action programs and given to racial and ethnic minorities. The subtext of the Trumpian counterrevolution has been, in fact, restoring the American dream, the bright prospects of social ascent, to its rightful owners, that is, to white Americans, and to them only.

As for American Exceptionalism, the idea that America is God’s own country, this has had two versions, and both have long lost credibility among large numbers of Americans. There is the liberal version of America as the “indispensable country,” as former US secretary of State Madeline Albright put it, where the US serves as a model for the rest of the world.

This is supposed to be America’s “soft power,” of which Frances Fitzgerald wrote: “The idea that…the mission of the United States was to build democracy around the world had become a convention of American politics in the 1950’s,” so that “it was more or less assumed that democracy, that is, electoral democracy combined with private ownership and civil liberties, was what the United States had to offer the Third World. Democracy provided not only the basis for opposition to Communism but the practical method to make sure that opposition worked.”

Cold War liberals believed that it was America’s responsibility to spread democracy through force of arms, if necessary, and it was this ambitious project’s tremendous cost in lives lost and sovereignty of nations violated that led to the historic emergence of the New Left in the US beginning with the Vietnam War. The effort to resurrect this missionary democracy to justify the US invasion of Iraq in the early 2000’s received widespread repudiation both domestically and globally.

The conservative version of American Exceptionalism was first forcibly expressed in the early 1980s by Jeane Kirkpatrick, Ronald Reagan’s ambassador to the United Nations, who said that the United States was indeed exceptional and unique and that its democracy was not for export as other countries lacked the cultural requisites to water it, thus providing the justification of American support for dictators like the Philippines’ Ferdinand Marcos and Chile’s Augusto Pinochet.

When Donald Trump appropriated the right’s ideological legacy, democracy itself was taken out of what was supposed to be unique to the United States. In his rabidly anti-immigrant and pro-police speech at the Republican National convention in August 2020, not once was the word “democracy” mentioned. What was unique to America, in Trump’s view, was the spirit of conquest of the land and the West by white “ranchers and miners, cowboys and sheriffs, farmers and settlers,” a white world made possible by the likes of “Wyatt Earp, Annie Oakley, Davy Crockett, and Buffalo Bill.” Those names of television characters that Trump apparently loved as a child did not exactly resonate with non-whites nor with the rest of the world.

With Trump inciting resistance to democracy and his Republican base marching to his tune, as the storming of the Capitol so vividly illustrated, the next 4 years promise to be an era of unrestrained political strife. And with civilian politicians increasingly unable to break the political stalemate, another hallowed American institution might well become extinct: the subordination of the country’s military leadership to civilian authorities.

To those for whom military intervention in the name of “political stability” is unthinkable, they have only to see how many unthinkable things Trump has done to American political traditions in just the last few months, with undying support from his large mass base. They have only to look at Chile, where that country’s proud tradition of military non-intervention in politics ended in a military coup in 1973, after rightwing resistance to the lawfully elected President Salvador Allende had stalemated the democratic process and led to violent street warfare instigated by right-wing para-military gangs like Patria y Libertad that resemble today’s Proud Boys, American Nazis, and the Klan.

In recent days, many American and foreign commentators on US politics have evinced shock that the country that invented modern logistics could get only 4 million of the projected 20 million people vaccinated for COVID-19 by the end of 2020. But there are even more previously “unthinkables” that are likely to occur as an America plunged into the depths of political and economic crises becomes more like the rest of the world, as Americans become more like the rest of us ordinary mortals.

Walden Bello founder of Focus at the Global South. He has authored 25 books and served as a member of the House of Representatives of the Philippines from 2009 to 2015. 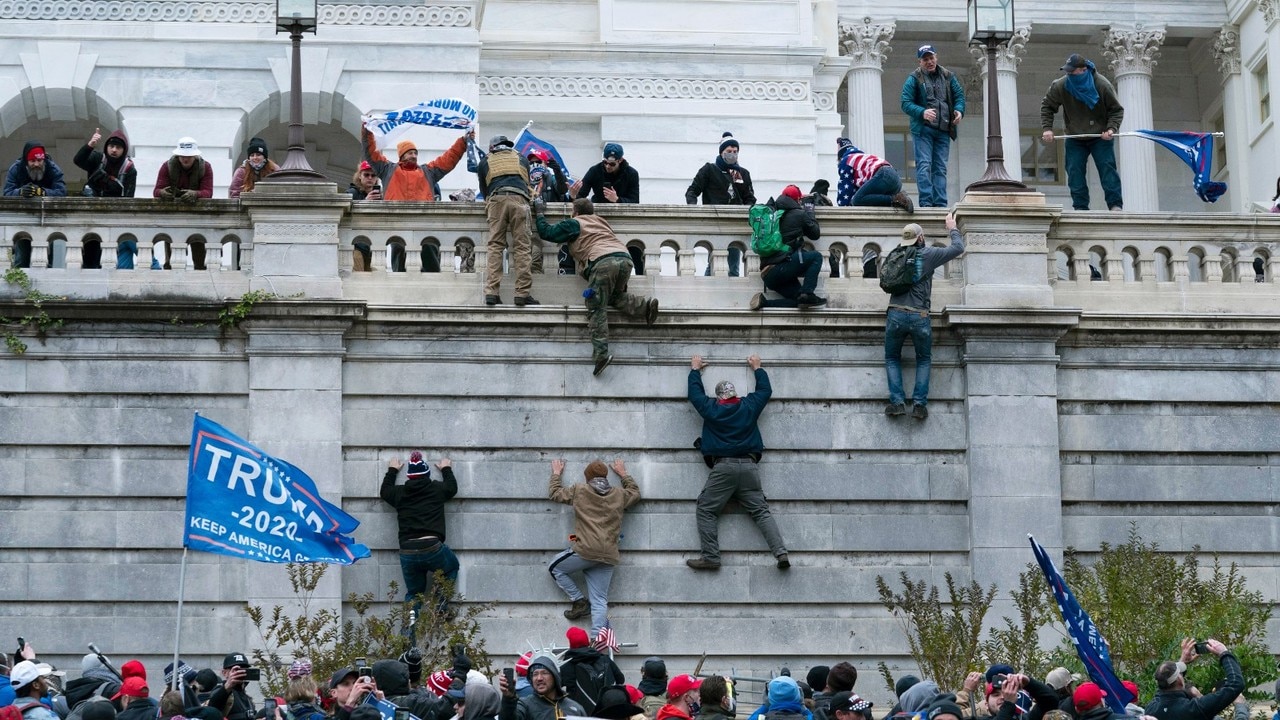