What happened in Washington at the Capitol on January 6 has shocked the world and shaken the USA. But should we be really surprised if something similar happens in some other capitals in countries which pride to be democracies?

At the core of the violence and mayhem at the Capitol was the rising polarization and division in the American society. And what’s responsible for that?

This mindset leads us to usurp the right to define and decide what’s truth or otherwise and what’s in national interest and what’s harmful for the nation. Furthermore, we claim: those who question our decisions or disagree with us are not serving the nation; they are anti national .As they aren’t patriots enough, they should be taught a lesson.

This raison d’être is advanced in different countries with variations given the domestic circumstances and the leadership of the day.

The responsibility for containing and stopping the polarization and societal divisions lies squarely on the shoulders of those who run the governments. Also responsible are those who are perceived as role models and influence larger public opinion in numerous ways. When one loses one’s personal compass of right and wrong, as an individual, he or she obliterates the thin line between what is right and what’s wrong.

Before such a person takes any action affecting others, his/her conscience doesn’t ask whether it’s right or wrong! Such a person is a morally loose cannon and can do anything without an iota of remorse or regret whether one is a politician or a civil servant or an academic or a scientist or an industrialist or a policeman or a doctor or an engineer.

When such loose cannons mushroom, they can push a nation to precipice.

And when a society abandons Mahatma Gandhi’s sage advice to achieve noble goals with noble means and embraces the dictum of the Chinese Helmsman’s Deng Xiaoping, who’s four modernization plans have transformed China, that it didn’t matter whether the cat was white or black so long as it caught the rat, it sets out on the path that can lead to what happened at the Capitol in Washington on January 6.

This can happen in many capitals as there are many Donald Trumps and millions of their diehard supporters who can do anything for their leaders including unleashing violence, chaos and mayhem.

On the death anniversary Mahatma Gandhi, leaders world over, from any walk of life, pursuing any ideology, faith or political system can draw lessons and benefit by revisiting, mulling over and imbibing the spirit behind his list of seven sins published in his weekly news paper, the Young India on October 25 in 1925 .

Can’t all the ills of societies be attributed to these deadly seven sins?

1-Politics without principles.
2-Wealth without work.
3-Pleasure without conscience.
4-Knowledge without character.
5-Commerce without morality.
6-Science without humanity.
7-Worship without sacrifice.

Vaishnav jan te, tene kahiye..pir parayi jane re.. spend some minutes, get photographed and leave as soon as their leaders depart.

Gandhi is far from their hearts and minds. Yes, he gave us our independence but that was long ago. Today, he can’t get us votes! And if we don’t get votes, how do we form the government?

There are several organizations in India which have been propagating Gandhian philosophy and values and rendering commendable social service. They deserve kudos and appreciation. But have they made a huge impact in India nationally in the last 70 years? If they did, will we see so much of violence, divisions and intolerance in our society?

Are there true Gandhian leaders who have the moral courage and strength of their character and conviction to try out the Gandhian method to resolve explosive situations be it the Hatharas gang rape or the Shaheen Bagh agitation or the ongoing farmers’ protests?

Alas, we have none! Amidst the cacophony of claims of what’s right and what’s wrong and unending blame game, haven’t we failed Mahatma Gandhi as a nation?

Isn’t it surprising that millions of decent, sensible and knowledgeable people with considerable influence on public opinion choose to remain silent when a wrong is done before their eyes? Their attitude can be deduced in broken sentences like: why to take panga ? Why to get involved in such lafadas ? To them, Silence appears the preferred option.

What did Gandhi say about such persons? If we see violence being perpetrated before our eyes but choose not stop it or even raise our voice against it though we have means to do so, we are equally guilty of committing violence.

But does it matter? Perhaps not, for most of us. 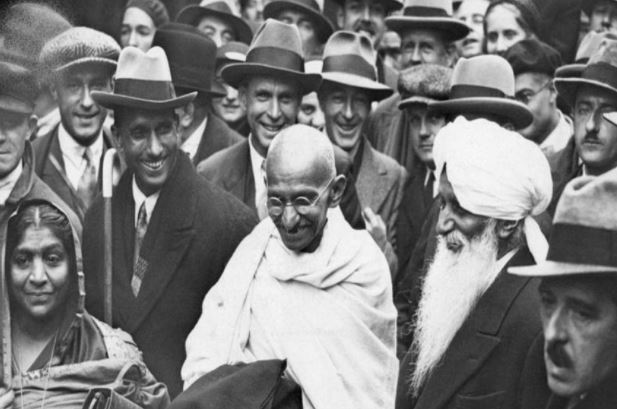