Defence in a financially strained time

Despite hostilities last summer and the prevailing tense situation on the disputed border — ‘Line of Actual Control’ — with China, Indian defence budget has actually not increased in real terms from 2018-2019!

The defence allocation of Rs 4.71 lakh crore three years ago amounted to about US$65 billion which, incidentally, is the current US$ value of the total defence budget that has nominally increased to Rs 4.78 lakh crore announced yesterday by Finance Minister Nirmala Seetharaman in Parliament.

In other words, the defence spend, for all intents and purposes, is both relatively small and static.

This reckoning in hard currency matters because the Indian armed forces are so completely dependent on imports for almost everything military, even slight force augmentation or filling of “voids” entails heavy US dollar outflow. Such are the straitened circumstances the country finds itself in.

Much has been made by Defence Minister Rajnath Singh about the Rs 1.35 lakh crore or US$18.5 billion (at current US$ value) being set aside for capital expenditure by the armed services. A lot of this money, alas, will not go into shoring up the country’s fighting capability against the PLA on or across the length of the LAC, but is committed expenditure related to the armed services’ pet procurement programmes — buying T-90 tanks, 114 more aircraft that the IAF will try and ensure are additional Rafales, etc.

So come April when snow melts, the Chinese will again begin stomping on Indian toes knowing fully well the Indian military can do damned little about it other than to hold on tenuously to positions they are in, leaving everything else to chance!

I mean, how useful is it to bulk up the Rafale and T-90 fleets when the need is for more winter-equipped Special Forces to retake Depsang in the immediate here and now when the foul weather ability of the PLA to transport and maintain a large force is limited, a constraint that will be instantly removed once spring and summer come around?

More importantly, because this latter aspect — retaking Depsang — is not an operational priority these earmarked funds will do little to alleviate the main problem at hand. Namely, the reality of a large piece of Indian territory — some 1000 sq kms in size, in Sub-sector North northwestwards of the Y-junction on the Depsang remaining securely in Chinese custody.

The longer this PLA occupation is unchallenged and not forcibly reversed, the more confident will Beijing feel in legally claiming it as part of Tibet and, control-wise, bring it under PLA’s southern sector command.

But to revert to the US$ 18.5 billion capital budget in this fiscal, a goodly sum has already been spent in the usual helter-skelter fashion reflecting desperation — the normal anytime genuine military hostilities loom. In the period July-December 2020, Indian army teams fanned out all over the world to secure at improbably high prices war materiel worth US$2 billion to replenish its war wastage reserve (in terms of critical spares) and war stock of ammunition and artillery shells.

Indeed, supplier companies in France, the US, Russia, etc have been licking their chops eyeing the profit in store and stocking up since last summer, certain that India will make a run on their inventories when they anticipated extracting a kingly ransom from Delhi.

This they have done. Not to waste an opportunity of the national wallet being opened, the air force indented for 20-odd MiG-29 air defence aircraft and a dozen Su-30MKI multi-role aircraft from Russia for roughly US$4 billion to bolster its force strength. The trouble is neither set of actions will prospectively blunt the edge the PLA and PLAAF can bring to bear in China’s Western Theatre Command when tensions again begin to rise.

True, Indian defence budgeting has always involved juggling with several balls in the air — partially funding a foreign acquisition here, another procurement there, in a patchwork that does little to comprehensively enhance India’s security or its ability to fight sustained, long duration, wars.

Reason why, it is the military leaders who voice the need for the government to seek a diplomatic solution with China! Such is the perfectly awful state of strategizing and of resource planning in the PMO and in the Defence Ministry.

It boggles my mind when Prime Minister Narendra Modi, Rajnath Singh, on down equate license manufacture with self-sufficiency in arms!! The obligatory noises about self-reliance apart, emergency buys such as the ones India has so far gone in for, only exacerbate the situation. All kinds of planning predicates get ditched, with the impromptu buys abroad especially at premium rates being the chief skewing factor.

In the event, the demands for defence expenditures to reach the 2.5% of GDP, and 3% of GDP suggested by a past Finance Commission while rife, are simply unrealizable. Especially in a COVID-devastated economy that has formally left India poorer than Bangladesh in terms of per capita GDP!

The Indian government is economically reduced to firefighting mode, trying to stretch, the best it can, the too few resources to cover too many domestic demands. It is a political context in which defence will always find itself deprived. 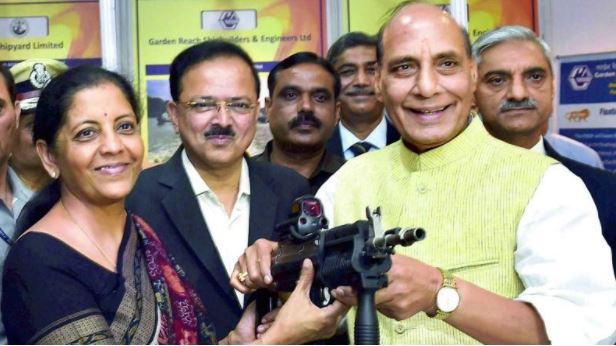