The Ostrich and the Storm

The ostrich approach works for the moment. In that those burying their heads in the sand can at least pretend during these moments that the storms have blown over, and there is no cause to worry. But unfortunately, in real life this is not usually the case and the ostrich is unable to withstand the wind.

The farmers movement is the storm. And those ignoring it by stopping the coverage the ostrich wishing away what they choose not to see. 100 days down the line, and the peasants of India are still on the roads agitating for the repeal of the three farm laws. The movement has shifted into the states with huge panchayats marking the movement across Punjab, Haryana, Western Uttar Pradesh and Rajasthan in particular. Defying expectations the movement remains united, the Samyukta Kisan Morcha a conglomerate of farmers organisations remains intact, and the farmers remain determined not to back off as they all settle for the long haul.

The government might be happy that a section of the media has decided not to report the movement, but it is aware as indeed those television channels probably are not, that the movement continues to rage on the ground. More so after a senior Union Minister was shown the door by farmers in his own home constituency in Western Uttar Pradesh, with farmers going on the record to say that he would be welcome if he resigned from the ruling party and joined their movement.

This from a belt that had supported the BJP in two general elections and one state election. After the communal fires lit western UP following the violence in Muzaffarnagar the entire belt dominated by Jat farmers turned its allegiance to the BJP, voting in Narendra Modi as Prime Minister in both the general elections and Adityanath as the state Chief Minister in the Assembly polls.

So when nothing has helped quell the farmers storm, those worried like the ostrich have moved against those perceived to be either fanning the winds or reporting on it. So the police are thrown against the winds to file cases against all it can see ---and agencies like the Enforcement Directorate and the Income Tax department are brought into play to take the wind out of the sails as it were. And ebb the rising tide. Arrests are made, trolls fill the social media with threats and abuse, and young activists are locked up in jail along with young farmers for daring to protest. Conspiracy theories abound, as journalists and activists in particular find themselves at the receiving end of sheer wrath.

But all this seems to be doing little to abate the storm. The farmers are determined to stay the full haul, and the ground knows this as it knew what Indira Gandhi during the Emergency without the media; as it knew what Bhindranwale did to Punjab without the mobile phones and internet; as it knew what happened to the Sikhs in Delhi without television. The ground has its own grapevine that has defied the media always, and made it aware of its own impotence at times.

Western UP has thrown up Rakesh Tikait as the leader who is drawing thousands of farmers to the panchayats. The Jats of this crucial belt are speaking to all the young reporters with mikes in their midst, insisting that they made a “mistake” and today are in full support of communal harmony; that they are one; and that they will not allow anyone to reap the seeds of hate and anger. Tall words that might or might not last, but currently at least are adding to the worries of those who would have it otherwise. More so as elections in UP are due early next year, and western UP holds the key for the victor. 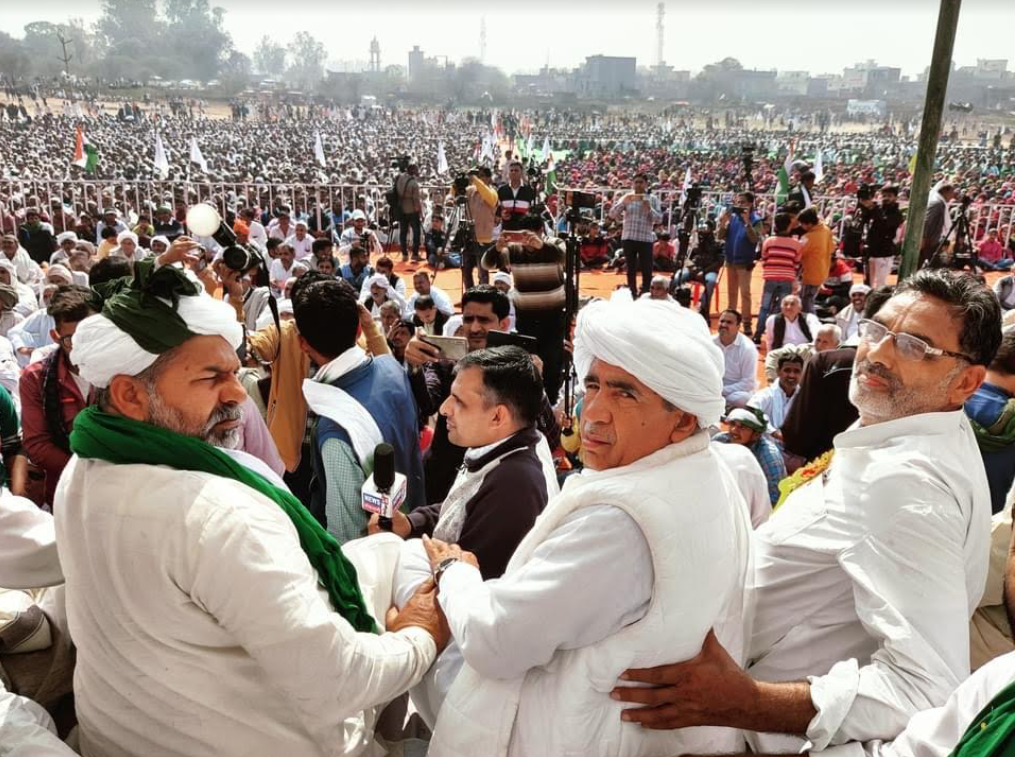