I am sitting in a roomful of white people and NRI's bleached white by their green cards and PIO's cards. The NRI's who despite their modest perches have made quite an art of telling us what is wrong with our country. True much is. But I dont buy their story that Indians are a very special people.

How we fare in India or anywhere depends on the socio-economic eco-system prevailing. We have all kinds of NRI's out there. The British NRI is usually holds a brown collar low brow job or is a small trader. Of course there are many NHS doctors.

The American NRI is more often a highly paid and qualified professional. No dont go by the Modi lovers of Madison Square Gardens ( may the force be with you!). But between them, despite the yawning gaps between the NRI's on either side of the Atlantic, they have one thing in common. They think they are a special people who have earned the right to lecture to us. They should thank us that we have still kept India a free country with the patience to listen to then.

I recently received an email whose operating part was: “I would like to sum up our performance in the 20th century in one sentence. Indians have succeeded in countries ruled by whites, but failed in their own. They are flourishing in the USA and Britain. But those that stay in India are pulled down by an outrageous system that fails to reward merit or talent, fails to allow people and businesses to grow, and keeps real power with netas, politicians, and assorted manipulators. Once Indians go to white-ruled countries, they soar and conquer summits once occupied only by whites.”

There is an essential truth in this. The relative success of Indians in the USA has more to do with the quality of the American system, which affords the opportunities to all to pursue their dreams and professional quests.

Typically such self laudatory messages which list the Indians who have scaled high heights in the USA, people like Indira Nooyi, Sunder Pichai, Satya Nadella, Shantanu Narayen and other such who are lauded and honored ever so often during their fleeting visits to India, do not mention Drs. S. Chandrashekar, V Ramakrishnan, Hargobind Khurana and Amartya Sen, all Nobel Laureates who brought India much honor. Nikki Haley is a Sardarni while Bobby Jindal (now gone off the deep end) is a Haryanvi bania.

Other nationalities too do well in America. George Soros is Hungarian. Steve Jobs was the son of Lebanese immigrants. Then of course there is Barack Obama, son of a Luo tribesman from Kenya, arguably the best POTUS in recent times. Boris Johnson is the grandson of a Turk and Leo Varadkar of Ireland is the son of Bombay doctor married to an Irishwoman. People of Chinese origin have won the Nobel eight times. US scientists of Japanese origin have won as many as five science Nobel Prizes. Even Pakistan has a couple of Nobel’s.

So it’s not just Indians who are a special people. What are special are the societies and systems that allow talent and genius to flourish.

This success of some Indians in foreign countries has given rise to a certain NRI mentality which makes them believe they have answers to all our myriad problems with their complexities just because they have done “well” overseas. They forget they are not as special as the societies that give them a better shake in life.

They think they are successful, because they have realized a western lifestyle and western income. Our political and bureaucratic leaders too seem to have been considerably impressed by these “achievements” and the annual fests hosted by the Government of India to laud our NRI’s is typical of this mentality. We don’t seem to realize that NRI’s and PIO’s cannot do much and actually do very little to benefit India. They have few investments here in India and our investment in them by what we have provided them and what we have let them take with them is still far greater.

Most of the MNC FDI in India is by resident Indians who round trip their illegally ferreted out wealth from overseas havens. The biggest investment our better off NRI brethren make in India is by investing in high interest bearing NRI deposits in Indian banks. Most of them simply borrow from US banks at low rates and make a good pile each year on the interest differentials. The problem is such funds now constitute a huge Damocles sword that by being able to take flight fast is a constant threat to our house of cards – Aadhar, PAN, debit and PIO included.

Of the about $450 billion of foreign exchange reserves now, over $150 billion are reckoned to be the combined contribution from the Indian Diaspora through deposits. Remittances are about &70 billion half and mostly from our less privileged NRI brethren who toil in the most adverse conditions in the middle east, Africa and other hard places to be able to support their families in India.

The NRI’s who talk at our NRI fests and who we laud hardly remit any money back home. But they talk and talk telling us what to do.

Typical is a friend who holds a modest job in the USA and who visits me every now and then. But when he comes here he is full of suggestions, most of them ranging from stupid to asinine, on how to make this country great like America. He thinks he can comment because he thinks he has achieved something in life. (I drink Scotch!).

This logic makes me retch. These fellows forget that India adds a dozen billion dollar companies each year and at last count we had over 250 of them. Indians head almost all of them. An Indian today is the Chairman and major owner of the world's second biggest mobile telephony company here in India.

Indians can do well and do well in India. They send up rockets to the Moon and Mars, perform heart transplants, design satellites, splice genes, write code and so many of the things that are considered at the edge of the new frontiers of technology. And they can do this far more frugally than anyone else. The Mars orbiter cost us just Rs.450 crores or about $73million and ISRO succeeded in the very first attempt.

There is one thing which gives the NRI a leg up. The educated NRI, some of them are, are mostly better educated. The western university system, particularly the American system, is the foundation of their collective superiority and achievement. The emphasis on self learning, research and the seriousness makes foreign universities unique.

I would even volunteer that an average state university imparts a better quality of education than our elite institutions like the IITs, IIMs, NLS and Nalsar, and the koi hai colleges of the big cities. The quality of faculty, libraries and research facilities are far superior. What makes our elite institutions elite is thd quality of the student population. They are winnowed from millions by the worlds most ruthlessly competitive system. Even the beneficiaries of reservation are better than the general average.

Rightly, we take the foreign educated a bit more seriously. Once the former PM late Chandrashekhar exasperatedly asked me what I learnt at Harvard? And what did I know I didnt know before? I told him that I learned that a foreign degree makes big people like him take me seriously. He replied: "wo tho sahi hai!"

There is a lot that is wrong with India. We can and should be doing much better. Nevertheless India's per capita GDP has grown six times over in the past two decades. It has grown annually at about 7% since 2000. Its GDP in PPP terms is the third largest in the world now and many western financial institutions, like Citibank and Standard Chartered Bank forecast it to be the world's largest by 2050. That’s just thirty years from now.

Finally, I end on a personal note. Tom Mullen, the janitor of the building where I lived when at Harvard, came to work driving a car and had passion for expensive racing bicycles. He lent me one for a while and had me over to his place for Thanksgiving. My Indian friends used to rib me about my friendship with the 'bhangi'. Tom still probably makes more money than me. Harvard now pays its unionized staff a minimum of $16 per hour. Tom was a great guy, but does just his income make him a better man than me? 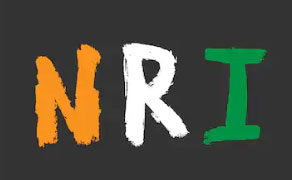