A security incident on February 25 by way of detection of gelatine sticks in an SUV in front of the high security Ambani building has triggered off an unexpected chain of events much like the death of Sushant Singh Rajput by hanging on June 14, 2020 in Mumbai.

Like the Rajput case this incident was also investigated by multiple agencies with no clarity still on the basic reason for the original occurrence. Again, quite similar to the Rajput case, the offshoots have engaged the attention of all concerned more than the primary incident with issues landing up at the apex courts at various stages.

The Ambani case has taken a totally different turn of a political slugfest wherein former Chief Minister Devendra Phadnavis has assumed the role of a knight in shining armour to unseat the present fragile coalition by using some police officers, who, in their desperation to cling on to positions of power, have thrown settled norms of appropriate behaviour to the wind.

The rapid chain of events started on March 5 when the body of Mansukh Hiran, who was alleged to have driven the SUV to the Ambani building was found from Mumbra Creek in Thane. His wife Vimla alleged that he was killed for unknown reasons by Mumbai Crime Branch officer Sachin Waze, who was investigating the case.

Following the NIA intervention on March 9, suspicion was focussed on Waze who was arrested on March 13. The investigation is being conducted by NIA and Maharashtra ATS. Waze continuously says that he was made a ‘scapegoat’. How, he does not say.

However, what had triggered the unprecedented police-politician standoff which is now engaging national attention was the transfer of Mumbai Police Commissioner Param Bir Singh on March 17 to another similar post with less glamour, as in charge of the Home Guards. Home Minister Anil Deshmukh said that Singh was shifted to ensure that the probe into police officer Sachin Waze episode was conducted “properly and without hindrance” as some of his colleagues had committed “serious and unforgivable mistakes”.

Waze was originally arrested in 2004 after a court-ordered investigation by the State CID had found that he and three other policemen had killed Khwaja Yunus in custody. Yunus was an accused in the 2002 Ghatkopar bombing case which had killed 2 persons. The case is still pending.

In 2007 Waze resigned the police job and joined the Shiv Sena. However, his resignation was not accepted. In June 2020, an in house board under Mumbai Commissioner Singh reinstated Waze as he was under suspension for over 16 years and there was no immediate possibility of concluding the trial.

The reinstatement of Waze along with 17 other police officers was justified on a 2011 state government order which had said that if a case was pending even after two years after a charge sheet was filed, the suspension could be ended after a recommendation by the review committee depending on the facts and circumstances of the case.

The review Committee also had cited the ‘vital’ issue of policemen getting infected by Covid-19 and the ‘overwhelming scenario of need of more policemen on duty’ after many policemen lost their lives.

Before Waze was arrested the Shiv Sena went on describing him as an honest officer. Former CM Devendra Phadnavis revealed on March 18 that Shiv Sena Chief Uddhav Thackaray had approached him while he was the CM, requesting him to reinstate Waze but he did not do it as the advocate general did not agree since Waze’s suspension was ordered by the High Court.

This was interpreted as directly charging the present CM of favouring Waze. NCP leader Sharad Pawar however clarified on March 21 that CM Uddhav Thackaray had no hand in Waze’s reinstatement and it was done entirely by Commissioner Singh.

Singh, before his transfer was announced, met Chief Minister Uddhav Thackeray on the16th. After he took over the new assignment he wrote a long letter to the CM on March 20 containing serious allegations against the Home Minister including the charge that he had asked Waze to collect Rs. 100 crores a month for him.

Strangely, copies of this letter were widely circulated through social media even before the CM could get confirmation that it had originated from Singh since it was an unsigned e-mail.

On 20th Singh said in his petition to the Supreme Court that he was transferred after he exposed the Home Minister’s “police Transfer scam” to the Chief Minister. Additionally he also mentioned that his colleague Ms.Rashmi Shukla, then Addl.Director General of Police(Intelligence) had reported to then DGP, Maharashtra “about the corrupt malpractices in postings/transfers by Shri Anil Deshmukh based on telephonic interception”. The DGP in turn brought this to the notice of the Addl.Chief Secretary, Home Department, Maharashtra.

Amazingly, PDF copies of Ms.Rashmi Shukla’s “Top Secret” note dated August 25, 2020 to the DGP along with DGP’s forwarding letter dated August 26, 2020 on their official letterheads were freely circulated by “unseen hands” on March 23, a day before the Supreme Court heard the matter, which would have perhaps been considered as “contempt” or certainly violating official secrecy. The SC refused to take any action and asked Singh to approach the High Court.

Ironically, the last sentence in the DGP’s letter “It is also advised that the secrecy of this report be ensured, in order to prevent unnecessary scrutiny, which may bring disrepute to the Government” was breached by “unseen hands” who were more interested in ensuring political publicity rather than official propriety. It is learnt that Singh had repeated the same facts before the High Court too.

The present Chief Secretary, who was then Additional Chief secretary in charge of the Home Department repudiated the charges made by Ms.Rashmi Shukla on March 25 that a “transfer scam” was going on in the state. Instead he charged that she had “misled” the government in getting government sanction for phone tapping based on security considerations and used it for political purposes. “Since the state government was misled, an explanation was sought from her”. The CS also added that the leakage of top secret letters was a violation of law.

On the same day a report emerged that Ms.Shukla, in her personal capacity had tried to dissuade an independent MLA not to join the Maha Vikas Aghadi(MVA) at a crucial juncture when BJP and MVA were trying to cobble up majority after the last elections. Instead, she tried to persuade him to join BJP.

The case is now expected to be heard by the Bombay High Court. It is certain that these officers’ conduct would be put to minute scrutiny as there is overwhelming evidence of inappropriate behaviour by them. Also, one can safely expect that the “functional police autonomy” for which Police Reformists like Prakash Singh and Prashant Bhushan have been struggling for the last nearly 30 years would be the first casualty. 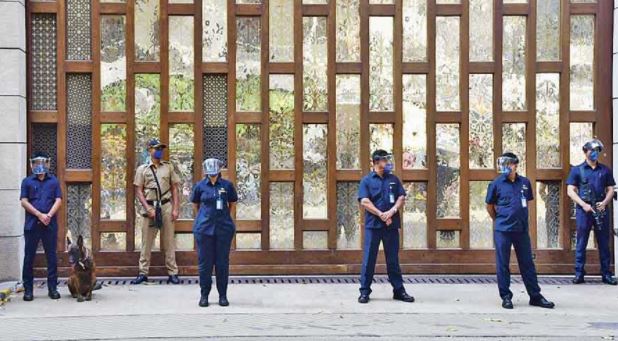 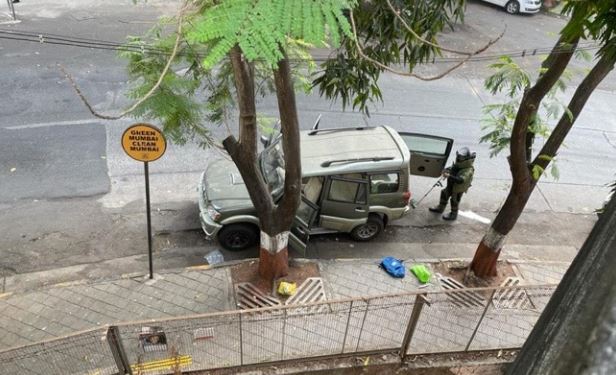