India-China: 'Probability of an Armageddon is Zero'

Lt General Harchanjit Singh Panag retired after a long and distinguished service in the Indian Army. Always known for speaking his mind, the general continued to do so after retirement, in regular columns and on social media. Unlike many of his colleagues he does not hesitate to speak his mind, or shy away from controversy despite being trolled any number of times. He speaks to The Citizen on India-China military relations, as part of our quick, crisp THE INTERVIEW series where the focus remains on a current issue of concern.

Q. China and India .. Do you think direct confrontation or a Hindi Chini bhai bhai approach is better for us strategically?

A.There is a huge differential in Comprehensive National Power between China and India particularly with respect to economic and military factors. China’s nominal GDP is five times and its defence budget is three times that of India.

Economy and National Security Strategy are interdependent. India needs three decades of sustained economic growth to catch up or at least be in a position to directly challenge China. We require massive investment to upgrade our military capability which is only possible with a vibrant economy.

At the time of the 1986-87 Sumdorong Chu confrontation our GDP was nearly at par with China. We had upgraded our military capability. Our response to the Chinese intrusion was aggressive. We went in for a forward deployment right upto the LAC for the first time since 1962 and challenged China by being poised to outflank its intrusion. China blinked and backed off.

In Eastern Ladakh 2020 - 21, we settled for a massive dissuasive deployment and at no stage offensively challenged China. This was an indirect acceptance of the differential in military capability as we could not risk a more offensive strategy.

Of course, it imposed caution on China to the extent that it also could not risk an escalation to a limited war that ends short of an absolute military victory to impose its will. Thus, in my view it is prudent for India to bide its time until it is economically and militarily in a position to directly challenge China.

Ironically, this would be a mirror image of Chinese strategy against the US from 1980 to 2010. This is not to say that we must allow China a free run on the borders. Territory is no longer the casus belli, but a tool for assertion of will/hegemony. We need to be on guard to avoid a preemptive military embarrassment, but we must not diplomatically or militarily provoke/confront China.

With respect to Eastern Ladakh, China was provoked due to our development of border infrastructure and formal political statements in Parliament to recover Aksai Chin/other usurped territories and also POK/Gilgit - Baltistan through which the CPEC passes.

Militarily Pakistan still seems to be the Indian preoccupation. Right or wrong?

This has been the bane of our functional National Security Strategy (we do not have a formal one). Despite accepting that our principal long term threat is from China , our military focus remained on the perceived immediate threat - Pakistan. Nothing proves it better than the manner in which we rushed our theatre/strategic mountain warfare reserve formations meant for Pakistan to Eastern Ladakh when the Chinese threat physically developed. The same was true for mechanised forces.

However, the experience of the last one year has forced a rethink. At the end of last year we reoriented a Strike Corps meant for Pakistan towards China. Our military strategy against Pakistan also focussed on using our conventional superiority proactively in the plains of Punjab and deserts of Rajasthan.

Now a more potent collusive threat from China and Pakistan in Ladakh and Jammu and Kashmir will require a further review of strategy. Let me clarify that China, India and Pakistan are nuclear powers. The probability of a full scale conventional war is very low.

What the weaker power, India vis - a - vis China or Pakistan vis - a - vis India, has to worry about is the grey area in terms of time and capability before the nuclear weapons come into play. There is no existential threat to a conventionally weaker nuclear power. All that it has to do is to prevent preemption/surprise and have adequate military potential to stalemate the superior power which is tantamount to its defeat.

In a nutshell a strategic review by India is imperative to evolve a comprehensive National Security Strategy to cater for the emerging threats which will be limited in time and space and driven by high technology.


You have written extensively about the Chinese movements on our borders.. the issues seem to have been resolved politically now? Going back to talks rather than guns as the better approach?

In my view the situation has been diffused and not fully resolved. Disengagement has taken place north of Pangong Tso, but not in Gogra - Hot Springs - Kugrang River, Depsang Plains and Demchok. The PLA is physically preventing our access/patrolling of the southern half of the Depsang Plains (approximately 600 square kilometres), 30-35 kilometres of the 4 kilometre wide Kurang River Valley north west of Hot Springs and the Charding-Ninglung Nala area south of Demchok. Status quo ante April 2020 has not been restored. No deescalation of additional troops deployed since May last year has taken place.

Two rounds of talks have taken place on February 20 and April 9 without making any headway. In my assessment China will not compromise on the Depsang Plains and Demchok area as these areas are east of its 1959 Claim Line. In Gogra - Hot Springs - Kurang River it may agree to a buffer zone which will be entirely in our territory.

It is pertinent to mention that in this area the LAC as perceived by us and the 1959 Claim Line coincide. However, the Chinese are extremely sensitive to this area as our developing border infrastructure threatens the upper reaches of the Galwan River from the south.

So, what is the prognosis? Neither side wants a war. India being the weaker power is unlikely to take any direct action. China as the superior power is wary of a stalemate which signals a defeat. Talks will continue and gradually disengagement, and de-escalation will take place. India will accept the 1959 Claim Line in Depsang Plains and the intrusion south of Demchok. In Gogra - Hot Springs - Kugrang River, China will agree to a buffer zone which will be entirely in territory controlled by us upto April 2020.


What military in the world would you compare China with in terms of equipment and preparedness? Russia - US?

Such comparisons were relevant before nuclear weapons made full scale wars irrelevant. None of these countries face any threat to their mainland. Even in competitive conflict elsewhere they will avoid direct conflict as is evident from Russian intervention in Syria and Chinese belligerence in the South China Sea.

If at all there is a direct confrontation it will be at a small scale and dominated by high end technology. The US is still way ahead of China in military technology and so is Russia to a lesser extent. As I mentioned earlier, it is the Comprehensive National Power that decides the pecking order. This leaves Russia way behind and China is fast closing the gap with the US.

To be numero uno by 1949 is an achievable goal for China so long as its present political system remains stable.

And to end with what some might call a hypothetical question - Is World War 3 an illusion or a foreseeable reality in your view?

Probability of an Armageddon is zero. However, competitive conflict among nations will continue and at times will manifest in military conflict. In the third world Fourth Generation Wars and conventional wars will continue to be waged. Major powers may engage in these through proxies. Amongst themselves major powers and their allies will refrain from any direct conflict. The more nations prosper the less they want war. 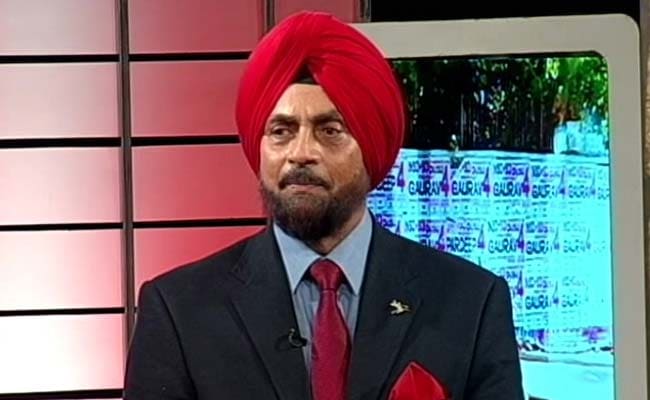