The Nation Gasps, Dire Need to Provide Order to Chaos

As the nation gasps for oxygen and the medical infrastructure creaks from sheer overburden, the world wakes to the magnitude of the crisis unfolding in India. The broken soul of the nation and its people now have a name and face for the cold statistics, as all families, friends and colleagues grieve their irreparable losses.

The unforgivable unpreparedness stares and hits hard – yet, the PR machinery beats about the bush and chugs out an unbelievable admixture of a partisan blame-game, federal dissonance and insensitive calls for ‘optimism’.

Amidst this horrific spectre, calls to curb freedom of expression and independent news reporting ensues, thankfully blunted by the likes of the Editors Guild of India who reiterate, ‘In the absence of these reports, which are only possible in a constitutional democracy that safeguards free speech, the country and world wouldn’t get a true picture of the enormity of the crisis’.

But the international reportage does not care or spare the undeniable reality as reputed journals like The Economist note ‘The government’s distraction and complacency have amplified the surge’, whereas an article in The Time magazine states, ‘If the apocalypse had an image, it would be the hospitals of India’, and the Reuters carries horrific pictures of mass cremation stating ‘India’s pandemic hell could be purgatory’.

The situation has gone way beyond partisan politics, beyond official and societal mismanagement and contexualisation – everyone is reaching out to each other in a desperate attempt to assuage, heal and aid each other, meaningfully and sincerely.

The social media too has slowly gone beyond mocking jokes on political ‘others’, whataboutery and forwarding ‘feel-good’ inanities, as there are desperate calls for help seeking hospital admissions, oxygen, medicines etc. – like death, even desperation has a personal name, emotion and a face attached to it.

This governance/administrative failure is not one partisan dispensation’s doing solely, but an accumulated failure of decades of apathy, inaction and insensitivity, that has only worsened, in recent times.

Seemingly the invaluable lessons of a national crisis, anguish and pain are lost, as soon as one crisis ends, like they always do, not because of the competence of the dispensation (at Centre or in the States), but despite them having performed so sub-optimally!

As the mired and absolutely confused citizenry runs from pillar to post to find out the latest availability of hospitals beds to other medical wherewithal, one glaring and perhaps obvious systemic lacunae staring the face, is the absence of a centralized information dissemination system. Social media is flooded with well-meant ‘forwards’ pertaining to the latest status of critical medical availability in the town – unfortunately these unverified ‘forwards’ mostly turn out to be unresponsive, unreachable or plain incorrect.

The desperate individual is left furiously and frantically contacting the ‘forwarded’ numbers, only to heighten their frustration and angst, when perhaps calmness is paramount. Transparency has never been a strong point of governance, as ambiguity serves the purpose of the entitled few to preserve their hold on scare materials and facilities.

Often there is a glaring contradiction between the official claims and reassurances of the available medical wherewithal, and what the common citizen undergoes in reality – the ‘third world’ inefficiencies of inequities and bureaucratic-politico stranglehold over the critical resources, is undeniable. Why should a common person need an ‘approach’ to avail life sustaining care, if the same is readily available, albeit, reserved for those with ‘approach’ – no life is any less or more important than the other.

In a pandemic situation like now, the condition and status of the critical infrastructure is in a constant state of flux and evolution with capacities getting added and exhausted, simultaneously – knowing the exact status (even if unfortunately, filled to the brim) is better than reaching or dialing nonexistent/unresponsive service providers. Providing order to chaos in any disaster response situation, helps the affected people make inductive and deductive reasoning to take the optimum solutions, given the reality of prevailing constraints.

The relative order could provide real time data necessary for subsequent supply chain planning, inter-facility patient transfers, inter-agency collaboration and future assessments. Sadly, this ensuing crisis has seen innumerable cases of patients getting ferried from hospital-to-hospital, especially when the condition of the patient worsens with the inevitable discomfort and fatigue involved in each such journey (not everyone can afford a proper ambulance, or that one is readily available at all times).

Is it too much to expect each district/town to have just one dedicated ‘call-centre’ or ‘help-desk’ of pandemic related information, catering to an updated status and immediate booking to an ICU hospital bed, oxygen or requisite medicines, at the said district/town? Would it cost the administration too much to support such a ‘call-centre’ with say 50 or 100 staff so that virtually anyone dialing in can be assured and guaranteed of real time information in say, three rings?

Imagine the clarity, order and efficiency that such a mechanism could instill in the madness that otherwise rules the times, that be? It’s worth evaluating if such a dedicated and singular-point facility would enable black marketers and hoarders, or would it axiomatically curb the menace? Would it instill more discipline, accountability and responsibility onto the service providers and in the ecosystem, or would it add to the chaos?

While the authorities may point to various ‘numbers’ that can be contacted – why do we have one so many? Why can’t all local citizen/NGO/corporate/community initiatives be guided and added to a central point repository (with transparency of each additional resource), rather than the haphazard ‘forwards’ of independent and disparate initiatives and availability messaging?

Those who unfortunately have had to partake contacting these ‘numbers’ in desperation can recount the harrowing experience. Unfortunately for some, such a clear-cut set-up is designed to drive efficiencies through transparency – this may result in some unsavoury data or news getting validated officially, and that ‘self-goal’ could deligitimise many authority claims and deny privileges to a select few.

Such times and disasters demand the sobriety and primacy of facts and exact timelines and not the cheerleading ‘optimism’ of claims and future plans, that militate against the indignity of many not being able to conduct the last rites of loved ones. That we missed the telltale signs of the second wave, has been a fatal mistake – indeed the citizenry has contributed to the situation with less than necessary adherence to the protocols, but that is exactly what the government is meant to do, to govern its citizenry.

In such times, focusing on planning rather than applauding ‘quick approvals’, putting reassuring systems of transparency and leading by example could alleviate and mitigate, some pain.

Besides the mutative and unknown nature of the virus, the unbridled passion for politics and it’s still continuing contextualisation has been the bane and tragedy of mismanagement – unless this changes in governance, the price paid to come out of the mess, will be sadly exorbitant, if not so, already. 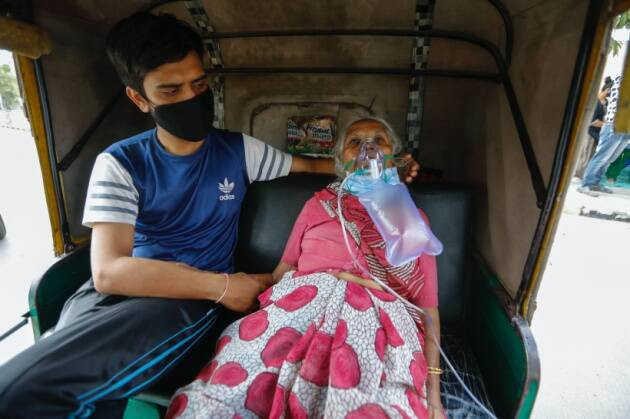