“We Are in Human Crisis”- SC Speaks for Citizens

It is strange that at a time when citizens are facing the worst time in their lives, from running for medicines, looking for oxygen cylinders, searching hospitals for beds, only the courts seem to be coming to their rescue. Those in power are more concerned about hiding the news of the escalating number of Covid deaths, with journalists being targeted for reporting the casualties amidst the collapsing health structure.

"It is of grave concern to me as a citizen or (a) judge. If citizens communicate their grievances on social media, we do not want a clampdown on information. Let us hear their voices. We will treat this as contempt if any citizen is harassed if they want bed or oxygen. We are in human crisis," Justice DY Chandrachud said today during a hearing in the Supreme Court.

“The situation is grim,” the court said adding that it will treat the harassment of citizens on this count as “contempt.” The court further said that “there should not be any presumption that the grievances raised on the internet by citizens are false.” and suggested that hostels, temples, mosques and other religious places of worship should be opened for Covid patients, even as the surge continued across the country.

In the absence of adequate transparency it is not clear what immediate measures are being taken by governments to provide medicines, oxygen, and vaccines to the populace at large. It is as if the citizens are on their own as they watch their relatives and friends gasp to death in front of their eyes. Overworked doctors are breaking down while speaking to reporters, hospitals have run out of oxygen and had to close their doors to patients, while governments in some of the worst affected states are issuing instructions to laboratories not to carry on more tests, or to hospitals not to register the casualties as Covid deaths.

As if the manipulation of statistics will change the situation on the ground, or for that matter the perception when almost every home is facing the impact of the deadly virus. The troll brigade that re-entered the social media space after a very brief hiatus continues to be as virulent, except that this time around it does not seem to have the usual support. As the perception is being ruled by the surge and the bodies of the dead, and not by false statistics, threats and abuse.

The accompanying fear and terror is palpable, as Indians have learnt at the cost of life that the country was as prone to a second surge as any other. And that despite the pronouncements from the ramparts, the virus was far from defeated, and the religious gathering and election rallies over the weeks acted like the proverbial red rag to the bull. To a point where the pats on the back of exporting the vaccine and even oxygen to more needy countries by a ‘self sufficient’ India now invite anger and ridicule, as citizens take to the social media to point out that India is now literally pleading for help.

The US made it a point to say ‘no’ and agreed only after some persuasion, to supply the raw materials that the Serum Institute had been asking for several weeks. Other countries have followed, thereby denting New Delhi’s claims that one, it had beaten the virus and two, it was self sufficient. Now the silence is deafening, broken only by the trolls spewing hate and the states fighting over oxygen as people take their last breaths.

The Supreme Court has also questioned the government's vaccination policy, the un-equitable pricing pointing out what many have said earlier but in vain. The court observed, “"Pricing issue is extraordinarily serious. 50 percent of doses, which will be available free of charge, will be used for vaccinating frontline workers and those who are above 45 years of age. Remaining doses will be used for adults who are 18 and above.”

"Fifty-nine crore Indians in the 18-45 age group constitute a large segment. How will the poor and marginalised people find money to get vaccinated? We cannot have this private sector model. We must follow the national immunisation model which we had followed since independence," the court added.

This comes in the wake of chaos as most citizens in the 18+ age group have not been able to register for the vaccines, with states reporting a huge shortfall. India is in the midst of perhaps the most severe crisis in living memory with pain and suffering all around. But the state seems to have developed a hide that makes it immune to the peoples despair. 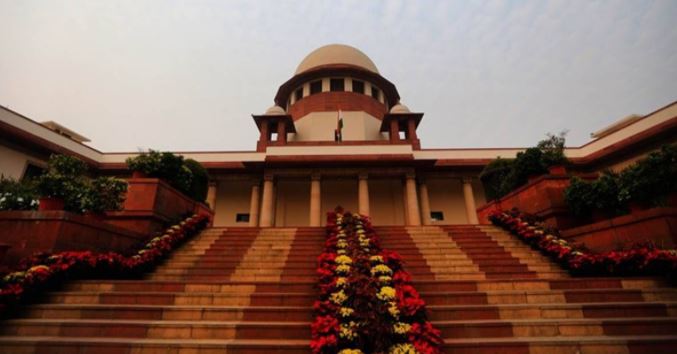