The Dragon is at our Door and Merely Taking a Pause

With the entire country engulfed by this tsunami, some may contend that to talk of national security is not only out of place, but inappropriate, when we are going through such a painful experience. Yet forward planning to forestall an impending disaster is an inescapable imperative for nations, and the failure to do so is evident in the spread of Covid-19.

To ignore the compelling need to review national security would be a greater blunder with consequences perhaps more horrendous than what we are facing now. The concerned wings of government must keep their fields of work in focus and continue to do the needful.

It is unfortunate that the Indian government simply seems to ignore the likely outcome of its attitude to national defence, and take so lightly the portents of the situation developing on our borders. We ignore the comparative state of our military capabilities with that of our neighbour and adversary.

China has made great progress, in cyber warfare, advanced weapon technologies, artificial intelligence, supercomputing, and has developed the J-31 fifth generation stealth fighter and a range of other military technologies. It has developed an electromagnetic gun for its new aircraft carriers, also called a rail gun, and made great strides in robotics and drone technology.

A paradox of military scientific research and development in India is the wide gap between our achievements in the field of space and missiles technologies on one hand, and our dismal failure in developing mundane weaponry, such as a simple rifle for our infantry soldiers.

India has a large establishment known as the Defence Research and Development Organisation, alongside which is the Ordinance Factory Board with an equally large number of factories, as well as a Director General of Quality Assurance. The performance of these organisations over six or more decades can best be assessed from the fact that India is the largest importer of military weapons equipment in the world.

Our military imports 70 percent of its requirement of weapons and equipment. Besides the cost we pay additional money to transfer related technology. The DRDO is unable to absorb this technology, and as such has never been able to take it forward, so we wind up importing the next model of the same equipment.

All of these organisations are overseen by the secretary of defence production in the Ministry of Defence. Our repeated calls for a scientific audit of these DRDO establishments, over four dozen in all, have been falling on deaf ears. The secretary being an IAS officer does not have even peripheral knowledge of military weapons and equipment. One could call such officers ‘jacks of all trades’; they are good in some fields but are mere ‘jacks’ in many trades. Let me give just two instances in support of this argument about ‘jacks.’

I was director-general of weapons and equipment and we were evaluating the suitability of Maruti Gypsies for induction into the military. The IAS officer who was then assistant director in the Maruti factory visited my office along with his staff. In the course of our conversation I happened to mention that during servicing of my recently bought Maruti 800, the dipstick used to check the oil level could not be taken out. He turned to his staff and asked, ‘Is the oil level checked during servicing?’

In the second instance, we evaluated three indigenous engines to replace the imported engines used in the Vijayanta tank. The government formed an Expert Committee of Secretaries to select one of the three. During our presentation, the committee wanted us to allot points against each parameter of performance, so that by simply adding up the points they could determine the winner. It appeared that not one of them knew the difference between the camshaft and crankshaft of an engine. One of the secretaries voted for the engine where the capacity of the fuel tank was maximum.

It is perhaps time to look deeper into the workings of the DRDO, and as a first step appoint as secretary of defence production a four-star general with appropriate qualifications and experience of military weapons and equipment, as well as knowledge of emerging military technologies. Further, to hand over charge of at least a quarter of DRDO establishments to military officers of appropriate rank, qualifications, experience and skills.

Try this out for just five years and see the difference. It may be appropriate to note that the Indian Navy has done extremely well in developing its equipment because one of its two main establishments is always commanded by a serving naval officer.

There is also the need to extend much larger financial support to defence research and development. In early 1948 we were well ahead of China in almost every field. Today China’s GDP is six times ours. It has more hydel power projects than the rest of the world put together. It has infrastructure to match the best in the world. In the field of science and technology it is fast closing the gap with the United States. So too in its military capabilities.

Why has India remained so far behind China? While political control of government has frequently been changing, the permanent feature has been the all-powerful bureaucracy. Who then can be held accountable for our dismal performance!

We cannot spare money for scientific research and technology, infrastructure, healthcare, education or to create jobs. Yet there is enough money to built Statues, Temples, Stadiums and the Central Vista. All this is taking place when more and more Indians are being pushed into poverty and disemployment is on the rise. Our long neglected health and medical infrastructure has simply collapsed.

In the field of military weapons and technologies, besides much else, India is way behind our known adversary. Given our long neglect of this field, even with the best of efforts it will not be possible to make up the deficiencies in our state of modernisation any time soon. While China has extensively developed its military infrastructure in Tibet, on the Indian side it, to put it mildly, remains poor.

What should be considered is a possible tie-up with the other Quad countries and Israel, and to convince them that to maintain the balance of power in this important region, India’s military needs substantial upgrades, and to that end they must open to it their top-end military technologies. These countries should be encouraged to set up, in India, manufacturing facilities of top of the line weapons and equipment.

India must evaluate long term threats to its national security and understand the link between security and well-being. We need to assess our adversary’s long term policies, which impact our economy and security. It is well to remember that ‘policies can change within days and weeks, while military capabilities take years to come about.’

The dragon is at our door and merely taking a pause. 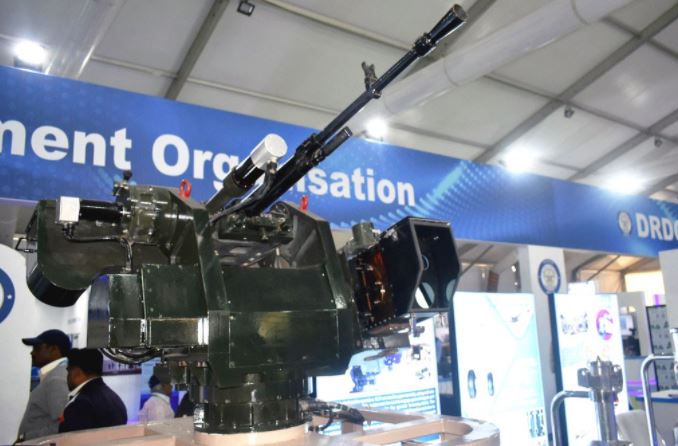