The Centre passes the buck to the states.

It is becoming increasingly evident that fighting a two-front war will not be difficult for us. After all we are fighting a four-front war today – with China in Ladakh, the pandemic war, oxygen war and the vaccine war.

The adroitness shown by the Ministry of Health and Family Welfare (MOHFW) is so remarkable that in case the Wuhan Virus succeeds in getting the entire Ministry of External Affairs (MEA) into ICU, the MOHFW can easily take on the diplomatic functions, especially the obfuscation part.

To ease the acute shortage of vaccines, the gap between two Covishield jabs was first raised from 28 days to between 6 to 8 weeks. But now the new letter issued by MOHFW on May 13 has raised the gap to between 12 to 16 weeks. Yes, yes it is all on ‘scientific advice’ but who are we fooling Mr Yes Minister?

A narrative is also being built that Ivermectin tablets should be taken by all and sundry to end the pandemic though the World Health Organization (WHO) does not agree with this.

Incidentally, the idea of Ivermectin for all appears to have germinated from Goa where, as per news headlines of May 14, 15 more patients have died in a government facility for lack of oxygen with 26 having died for the same reason two days ago in the same facility.

The Media has reproduced a letter dated May 11 from the Chief Secretary of Uttarakhand, directing all district magistrates to distribute Ivermectin tablets to each family - kit of 24 tablets for a family of 4 to be taken twice daily for three days. But what is the official line of the MOHFW? Or is it better to keep mum, this being a trial and run theory?

According to the media, the Centre through a 218-page affidavit has defended its vaccine policy and asked the Supreme Court not to interfere in the issue while saying that the “wisdom of the executive should be trusted” in times of grave crisis such as is on display presently.

On a lighter note, the demand by our Mi Lords was definitely excessive. When a government appointed task force in 2019 headed by the National Security Advisor has not been able to produce a national security strategy to-date despite the 2020 Chinese aggression with PLA backtracking on its promises for disengagement, isn’t it absurd to ask for a vaccine policy ? And that too when the vaccination for the age-group 18-44 was directed to start with a bang from May 1, so the policy paperwork can hardly be faulted.

Now states like Uttar Pradesh, Odisha, Telangana and Maharashtra are reported to be directly floating global tenders for vaccines. This would be so soothing to MOHFW. Looking at the advantages it might as well direct the remaining states to follow the same procedure; no jhagda about pricing and shortages; no worries of procurement; no maneuvering time between two jabs; no worry about mixing vaccines of different origin; no worry about vaccinating children below 18 and hospital beds, with total accountability shifted to the states.

In fact, let the states be responsible for floating tenders directly for oxygen as well. And the Union Health Minister’s song “everything is under control’ could be a winner at the next Grammy’s.

The MOHFW continues distributing Remedesivir injections as it did on May 1, with 1000 injections allotted to the Minister of Defence (MoD) including the total strength of Armed Forces, as long as the MoD does not demand its pound of flesh from the Army’s Base Hospital at the Delhi Cantonment.

By the way, with bodies floating in the Ganges of people who may have died of the Coronavirus, is anyone responsible to regulate and monitor the disposal of the dead – anyone at the centre, state, district, panchayat level with all supposedly digitally connected? Or is it Ram Bharose?

Then there is also the issue of crematoriums demanding Rs 25,000 in advance for the cremation, leave aside tokens being issued on account of the long queues and the waiting periods involved. How does a poor family that has lost 4-5 members due to the pandemic pay that sort of money. Some thinking on this issue would be good.

With ample warnings last year of the impending second pandemic wave plus looking at the second wave in Europe, the MOHFW in conjunction with the Niti Aayog and Disaster Management Authority of India should have worked out an action plan to counter it. Not doing so is unforgivable.

However, now a member of Niti Aayog has said at a press conference, “Overall, 216 crore doses of vaccines will be manufactured in India between August and December, for India and for Indians. There should be no doubt that vaccines will be available for all as we move forward.” He mentioned eight vaccines. including Covishield and Covaxin already in use, and the number of doses for each that are likely to be available in the country of 130 crore people in the five-month period ending December.

The above is good news though India’s population is touching 140 crore and there is a difference between manufacturing 216 crore vaccines and vaccinating the public including in rural areas. But if 130 crore individuals can be vaccinated by the end 2021, the balance 10 crore is hardly any problem. And hopefully adequate priority would be given to children who according to some reports will be hardest hit in the impending ‘‘third wave’ of the pandemic. If we can actually manage all this, it will truly be a tremendous feat.

It was in the news a year back that the Health Minister was likely to move onto a posting at the World Health Organisation, which he missed despite his medical background. But with his skillful handling of the pandemic, he might be the next Chief Minister candidate for Delhi or our Special Representative to the UN unless someone from Niti Aayog beats him to it. But then there is the possibility of the Ministry of External Affairs going on strike claiming the post as the exclusive forte of diplomats. 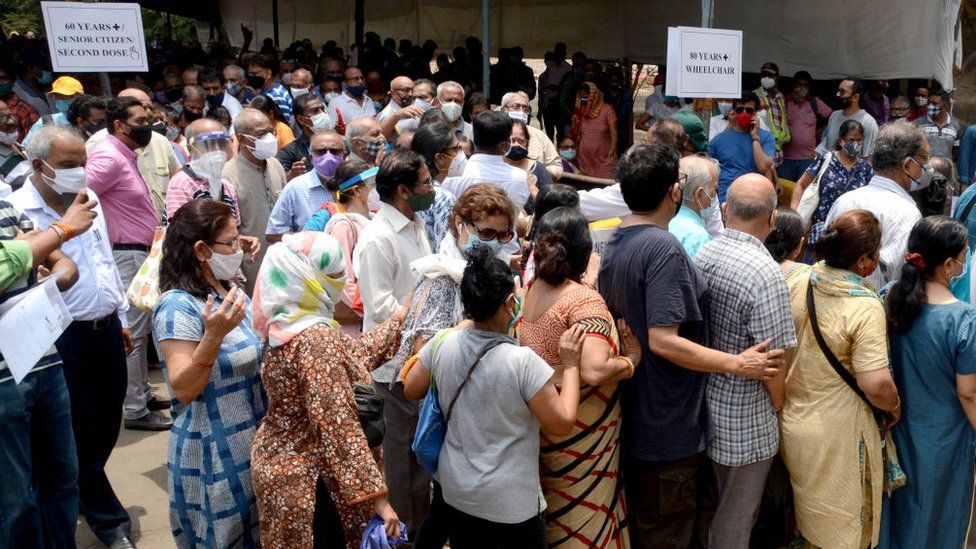