Post Emergency, Indira Gandhi and the Congress lost Uttar Pradesh not just because of the authoritarianism and arrests felt by political leaders and activists, but because of scion Sanjay Gandhi’s family planning drive.

As a new graduate, apolitical and a green horn at best, the days of the Emergency in Lucknow were full of stories about family planning squads entering villages, forced sterilisation of both men and women, deaths because of mass and unhygienic operations.

A Principal of a Woman’s college and a regular visitor to our house was harried. “I have to produce at least five people for vasectomy or tubectomy, how am I going to find them.” She was in desperate search, as were her teachers, as indeed were all government employees in Lucknow and across UP at the time, each having been given a ‘number’ to fulfil. Otherwise the penalties being dished out were high, suspension, salary cuts, and the like.

It was a mad scramble that penetrated the greenhorn senses of young persons as well, who could sense the disquiet and the frustration and anger amongst the elders. One day my grandmother went rushing to the bus stop to go to our village Masauli, just an hour's drive away. Why? The entire village had fled because of family planning squads. On reaching there she found that the village had not been targeted in real terms, but the villagers were fleeing because of wild rumours that the ‘squads’ were coming to sterilise them.

I never really knew the extent of it, but yes villages were targeted, government servants and others were out trying to find persons who could be offered to the authorities as the sacrificial goats - to ensure that Sanjay Gandhi’s pet project got off the ground. Those in charge of UP had to appear in his court, and be given more than a ticking down, said the gristmill. There was palpable fear, with the Youth Congress workers acting more like goons (shades of the youth wings of the various mahasabhas today!) as they went around with new found authority, literally whipping dissenters into submission.

Later as a reporter I was shocked when I entered a village (almost a year after the Emergency with the Janata government in power) to find villagers running away from us. They thought we were family planning workers, the fear remaining long after governments had changed and Sanjay Gandhi had passed. This really was an indication of how deep that family planning programme had pierced people's minds, how intrusive, authoritarian and ugly it was.

Today when the Emergency is remembered, political leaders make much of their imprisonment. As do journalists. But it was this havoc that was created across Uttar Pradesh that the people remembered, and were terrified of. And that lost Indira Gandhi the government, and her own seat in UP.

So when she called for elections the people came and voted her out. They did not care who they were bringing in ---and indeed that time the opposition was scattered and completely disorganised---they just wanted the Congress party out. Courtesy Sanjay Gandhi, the Congress ended its long honeymoon with UP at that time, and from then on relations were on a steady decline. The party that had governed UP, a bastion really, was eased out as soon as legitimate alternatives started appearing and has since dwindled into a negligible presence in the largest state of India that it once claimed as its own.

Today some similarities come to mind. Indira Gandhi tried to cover authoritarianism and her son’s nasty agenda with the garibi hatao slogan. She justified the Emergency as her attempt to bring in measures to improve livelihood and give succour to the people. Family planning tore away this fig leaf in the villages of UP, where garibi hatao meant little in the face of intrusive oppression. Family planning was thus seen as the ultimate intrusion into an aspect that is related to birth, the core of the poor villagers existence.

In UP today, the mantra is Hindu rashtra. Infinitely more potent, as it is a potpourri of religiosity and solid and well organised and relentless propaganda. It strikes at the very core of the individual, assiduously mixing belief with politics in an addictive potion. Nowhere has it been more successful than in UP. And today joblessness, price rise, authoritarianism are being described as essential to the realisation of the Hindu rashtra. The saffron robes of the state chief minister further certify this determination of the ruling party.

However, the pandemic has cut into this. Not just the deaths but the last rites. The UP villagers could forget the absence of medical care, the shortage of oxygen cylinders, the scarcity of medicine, the shoddy structures passing for hospitals. Why? Because they cope with this all the time ---through cholera and gastroenteritis, difficult childbirth, heart and cancer diseases, medical care has never really been a guaranteed right. But the death, and the last rites were guaranteed till now, and the state’s interference, can prove equivalent to the erstwhile ‘family planning’ drive for the villagers of this complex state.

The state government was unable to arrange dignified cremations and burials for the dead. People, too poor to get the wood, for the large number of casualties did their own last rites as they flooded the Holy River Ganges with their dead. Photographs of bodies covering the banks of the Ganges made it to international headlines, and the state came down with a heavy hand. Police were deployed across the banks and villagers trying to float the bodies of their relatives down the holy river, were booked and fined. Terror prevented them from performing their last rites, even as in places the state government arranged for mass cremations.

For the villager in UP this is intrusive. Very much so as it enters a part of their life on which at least they had some control. Birth and death.Whether it will convert into a vote against the BJP --- a similar ‘we don't care who comes in they have to go’ as determined the post Emergency vote, remains to be seen. But this effort by the state to control the last rites of Covid patients has not gone down well with the state that is torn now between a theocracy and the realisation that perhaps there is more to politics than religion. 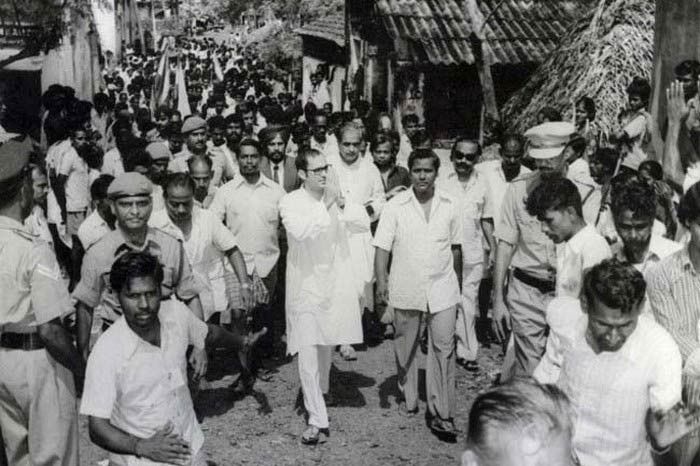