A Britain struggling to be great

Caste in India, race in America and class in Britain, all bear the same consequence – a misplaced sense of entitlement, discrimination, and racism.

While the BBC may have shed its posh Received Pronunciation for more regional accents, subtle vestiges of pedigree and class-sensitivity in Britain abound.

The old boys’ network of private schools like Eton or Harrow, sartorial insistences from Savile Row, the gentlemen’s clubs all retain the trappings of class protocol and pecking orders based on the aristocracy.

The pigeonholing of one’s status based on accent, dress and schooling is still a social preoccupation, where the classes use napkins and the masses serviettes!

Despite pretending to have morphed progressively into Cool Britannia, double standards are rife behind the tax-funded walls of Buckingham Palace, 10 Downing Street and stuffy House of Lords housing hereditary and pompous peers – a caricature of ‘the empire on which the sun never sets’ – never mind that today that island is struggling to stay united amidst imploding referendums.

The hypocrisy of what is said, and what is actually implied, remains a British speciality, especially as it comes wrapped gently in the most refined manner of speech, manufactured social outrage, and yet the barely disguisable rank class consciousness.

The occupant of 10 Downing Street with a mouthful of a name, Alexander Boris de Pfeffel Johnson, educated at Eton and Oxford, is the quintessential ‘to the manor born’ type who personifies that snobbish duplicitousness.

‘Bozza’ as he is known to the lads famously said that he ‘loved’ fox-hunting with the hounds because of the ‘semi-sexual relation with the horse’ and the ‘military style pleasure’ of moving as a unit.

Regressive as his thoughts on fox-hunting may be, they are symptomatic of a larger malaise, sought to be dovetailed under ‘traditional British values’, which preys on and manipulates subliminal emotions and faultlines into a conservative and elitist agenda.

In this Johnson is much like his self-confessed hero the widely lionised Winston Churchill, whose racist and imperialist Tory zeal are sought to be drowned with his felicity with words and charming phrases – Churchill was awarded the Nobel Prize for Literature in 1953, ‘for his mastery of historical and biographical description as well as for brilliant oratory in defending exalted human values’!

Presumably, the ‘human values’ included presiding over the Bengal famine that killed millions, mocking Gandhi and despising Indians, cheering colonisation as ‘Aryan stock is bound to triumph’, and lamenting the squeamishness of his colleagues who were not in ‘favour of using poison gas against uncivilised tribes’.

Not only has Boris penned a generous obeisance to his ideological mentor in The Churchill Factor: How one man made history, he was also in the forefront of defending the bigot – ‘with every breath in my body’ – from Black Life Matters protesters against a monument celebrating the explicitly racist former Prime Minister.

Like Churchill, his pupil Boris too has dog-whistled the racist constituency innumerable times, his insults against Black Africans and burqa-wearing Muslim women among many others being papered over as ‘gaffes’.

Beyond the obvious inelegance and bigotry of intent, the impact of such heartless and shameful comments was that Islamophobic incidents recorded a ‘significant spike’ (375%) afterwards.

The underlying prejudices and racism of the conservative cadres got a major boost, with the additions to the dictionary of hate vindicated, as a senior party person remarked, and knowingly shaped into an emboldening provocation.

For wily politicians like Boris Johnson, normalising hate is a proven electoral strategy with the far-right cadres, especially those fancying the ‘great white men’ view of history.

The reckless genie of ‘othering’ a targeted type of your own people refuses to go back into the proverbial lamp, after it has been invoked for political or electoral reasons. It lurks menacingly under the patina of speech, manners and etiquette, only to time and again unleash its ugly side.

Britain, struggling to be Great, had its moment of pitiable truth exposed when its football team managed its first real crack at glory in 55 years, only faltering at the finals.

A team that had captured the national imagination with its dream run to the heartbreaking finals was suddenly subjected to the worst racist gibes directed at its Black players – the team’s brilliant efforts were soon forgotten, and the genie of ‘othering’ took over.

The telltale signs of alternate truth were always there, but the patented British doublespeak insisted that the warts be hidden for as long as feasible.

Taking a cue from the narrative cast by the Prime Minister himself, many of Boris’s conservative parliamentarians had refused to condemn people from booing their football team whenever the team members had symbolically kneeled before the games – they called it ‘gesture politics’.

Some parliamentarians had even refused to watch the games while the symbolic kneeling persisted – but Johnson stayed silent, and then the inevitable happened.

‘Shame on you, and I hope you will crawl back under the rock from which you emerged,’ he told the racists, and it rang hollow, as a politician who unashamedly mirrors and apes Churchill tried to whitewash his own venom.

When the young Labour Member of Parliament from South Coventry, Zarah Sultana, called a spade a spade by alluding to the unrepentant role played by the Prime Minister Boris Johnson himself in fanning racism, she got a taste of what awaits the ‘non-whites’ in the Britain of 2021.

Sultana recalled the exact words of Boris and his colleagues that led up to the racist outburst – immediately she was subjected to a masterclass in discourse subterfuge under the guise of requests for civility!

Victoria Atkins, a Conservative Party politician and Parliamentary Under-Secretary of State for Safeguarding, brazenly schooled Sultana to ‘lower her tone’ and accused her of shouting.

All the footage points to the contrary, but that does not matter in the discursive world of ‘whiteness’, the white attitude, where deflection of context, appeal to balance, a tutoring tone and pretended outrage are the norm of calm-voiced counter-attack.

That was the formula of a Churchill, his pupil Boris Johnson, and now of Boris Johnson’s proteges in the Tory ranks. The only person of colour present had to put up with condescending, patronising and sneering reproach, with the language construct that would have Boris and his classist bunch exclaim, Jolly Good Show!

Reacting to Victoria Atkin’s ‘white privilege’ display of tone, conduct and defence, Sultana later tweeted, ‘Some news for Vicky: He’s racist. The only extraordinary thing is denying it’.

Sultana valiantly said, ‘after last night’s agonizing defeat, we’ve also seen the worst of the country, with disgusting racism directed at our players. This is not freedom of speech. But it doesn’t come from a vacuum. It’s promoted by those at the top, from the Prime Minister who sanctions racism…’

It will take many brave Zarah Sultanas to call their bluff. 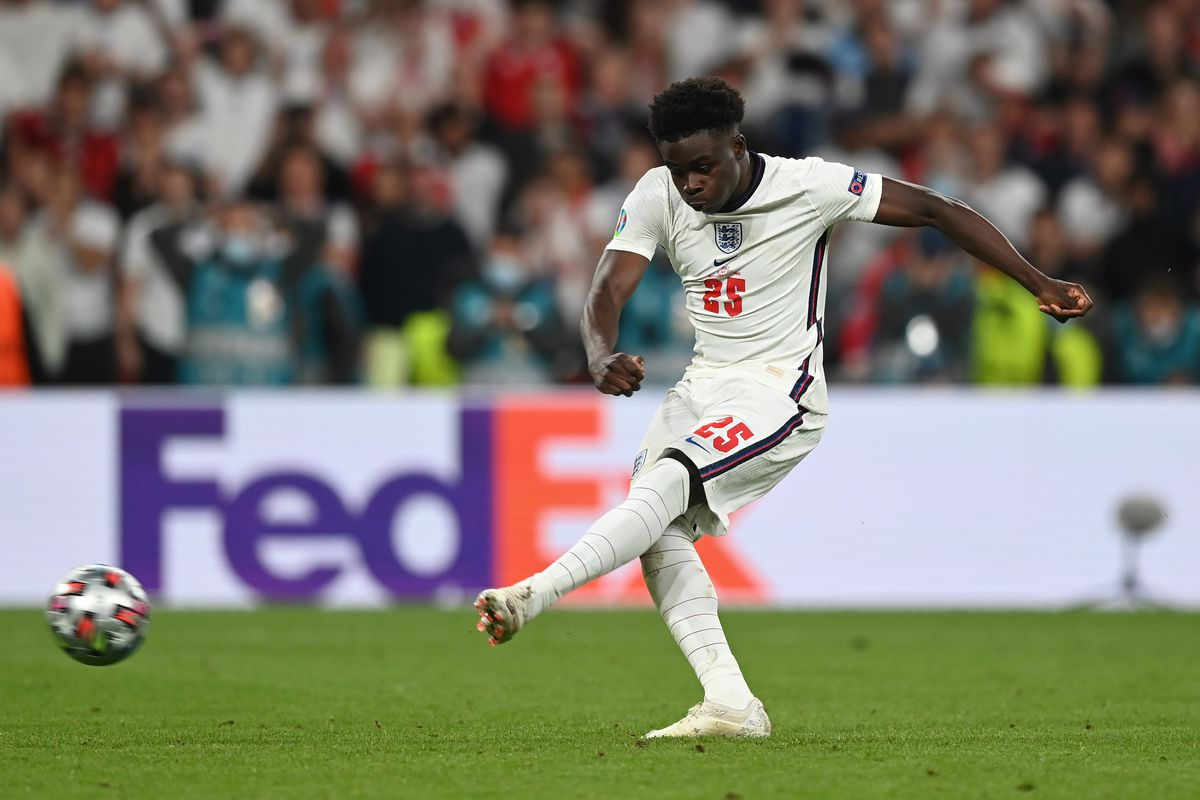