A news report of August 9 states that against the backdrop of creating theatre commands, the Ministry of Defence (MoD) wants a “more progressive, common and merit-based” policy for promoting officers to three-star ranks in general and commanders-in-chief (Cs-in-C) in particular. And that a tri-Service committee comprising the Vice Chiefs of the three Services is being formed to study the proposal.

Many articles have appeared on this issue, mainly by veteran officers including former service chiefs and army commanders; some recommending completely merit-based criteria for selection and others seeking a balance between seniority and merit.

Tri-Service commands of Andaman & Nicobar Command (ANC) and Strategic Forces Command (SFC) were established in 2001 and 2003 respectively. How were the Commanders in Chief (Cs-in-C) for them promoted and selected all these years? Can the same criteria not be used for promotion to three-star ranks and theatre commanders instead of evolving a new one?

Without rationalizing the annual confidential reporting system, and within that the different point system in the three Services on which promotions are based from the time an officer joins the respective service, why jump to theatre commanders?

Service Chiefs and the Chief of Defence Staff (CDS) are political appointees. Not acknowledging that their selection criteria is beyond merit alone is not acknowledging India’s political system where the polity is hostage to the bureaucracy. This is why politico-bureaucratic considerations have taken priority over seniority in certain cases. The same will apply to theatre commanders who will be reporting directly to MoD.

The Army approves two-star-rank officers for ‘staff only’ or for ‘command’ albeit this system has been off and on depending on the whims of Chiefs. Is this or isn’t this merit-based? Importantly, promotion boards are ‘approved’ by the Ministry of Defence (MoD) and a lot happens at the ministry-level as can be observed from the following:

. Promotion board sent to MoD for approval held up for months - in one case for nine months for the promotion of two-star rank officers to three-star.

. Promotion boards shuttle up and down because the MoD wants someone added to the approved list. If Service HQ conveys this, it could attract representations. The response is everyone above the ‘blue-eyed’ can be included – no matter whether the numbers approved exceed the promotion slots available; resultantly subsequent course (s) suffer due lack of vacancies.

. Some officers ‘approved’ for three-star ranks go home for lack of vacancies but the ‘blue-eyed 'get promoted even on a Sunday by creating special additional vacancies.

. Promotion board in cold-storage till a special board is held for the ‘blue-eyed’ (who missed the board), approved and promoted.

The above examples are when there was no Chief of Defence Staff – writ of the bureaucracy ran supreme on whose advice the politicians depend. To think this can change with a CDS is naïve.

A former army commander who is totally for merit-first criteria for promoting two-star officers was himself prematurely shifted out from an operationally active command fearing he may expose the shenanigans the MoD presides over.

The million dollar question is what is the definition of ‘merit’ in the lexicon of bureaucrats (some of whom are working to undermine the defence forces on the behest of foreign benefactors), if not pliability or politicization? How else can an officer rise to Chief without even going through Staff College or other courses considered essential notwithstanding? Of course bureaucrats rise to the secretary-level without exams or training courses, while the ones seen as ‘pliable’ and proficient in generating moolah get prized “merit-based” postings.

Ignoring the above is akin to burying one’s head in the sand, ostrich-like. It is opined that moral fibre can overcome political bias. But corrupting few helps spread the virus and what better than rot at the head. That is why the Intelligence Bureau initiates yearly reports of one-star officers and above for the political masters.

Existing criteria for promoting and appointing Cs-in-C of ANC and SFC could suffice or be modified as necessary but this merit-googly smells. The Vice Chiefs-level study is just a ploy. After all, if the Chinese Communist Party has complete control over the PLA, why not India where some uniformed guys rant about “allegiance to the Constitution”. So merit-based promotion may eventually reach ground-level with the equivalent of ‘political commissars’ overseeing battalion commanders.

The deep state has long-term plans to undermine the military. Most AFTs have been non-functional for months without a head. Now the administrative member meant to be held from military officers seems to have been opened to civilians.

In October 2020, 27% OBC quota was announced with 100 Sainik Schools being established. But now states have free-hand to increase OBC quota, which means an increase of OBC quota to 50-60% in Sainik Schools with many opting to join the military. So, reservations in the military are coming – announcement before which election is the only mystery.

There is surprise over the Supreme Court announcement that girls can join the National Defence Academicy. In 2016, Defence Minister Manohar Parrikar chaired a meeting for allowing girls in the NDA, but why it should not be when explained by the Army's Adjutant General was followed by stunned silence. The issue was never taken up again. So the deep state has now worked it through the judiciary, telling the polity what a boost to the vote-bank it will be.

The politically appointed military hierarchy is mum. This was ordained; connect the two wings being added to the NDA and more importantly suppressing data about cadets leaving the NDA and IMA after joining. But then the SC couldn’t have ruled that the alternate prime minister should be a woman - leading to the finance minister doing pushups and announcing a $10 trillion economy.

No need to be shell-shocked because much more is in the offing. For example an IAS officer who also held a gubernational post proposed while in service that the military and police should have common training institutions. What a fantastic idea and massive financial savings – no?

With the CDS labouring hard to cut defence expenditure, one proposal in circulation is to replace trousers with shorts in the 1.4 military uniforms – big savings! Another proposal is to convert the military into police donning khaki uniforms; tell the world we have no defence forces, no defence budget, only internal security forces. What a shock this would be to the deep state – their pleasure of twisting the knife slowly gone kaput. 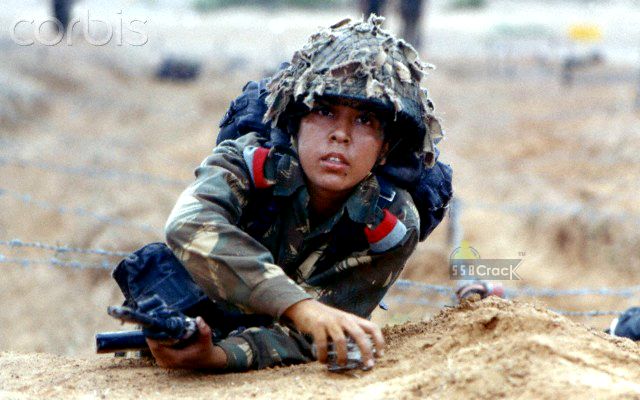