State and nation are as different as chalk and cheese

Nations never really fail. They get overtaken or subsumed or recede or sometimes even disappear. It is States that fail.

The confusion persists because in common parlance we use State and Nation interchangeably, when it should not be the case. Because they are as different as cheese and chalk.

A State is an organized political community, living under a government and that is a sovereign political entity in public international law; a society having exclusive domain over a territory.

A State, in most contexts, is virtually synonymous with a government whose writ extends over a people and/or a territory. A nation state is a state that coincides with a nation.

The term nation is a complex concept that has a variety of definitions. There are two widely accepted explanations of a nation. To some, nation refers to a shared cultural experience, such as Islam or Communism or at one time even Christianity.

An organization with no physical borders yet sharing a common bond because of shared beliefs. Kurds are a nation despite being spread across many states. In simple language, a state is one with a clearly defined and accepted border, while a nation can transcend borders.

Modern India is a state of shared hopes and aspirations, as much as one of a shared perspective of history. Sometimes nationality is based on the basis of a shared or similar homeland. Indians have a State binding their diversity together, while Europe is still striving for one.

We have known of failed states. History is strewn with them. The USSR probably was the greatest and most powerful of the states that failed. But the Russian nation thrives.

History is mostly about the rise and fall of great and some not so great nations. That’s because at one time we mostly had nations whose borders kept waxing and waning. When their borders extended they were deemed great.

About a thousand years ago, arguably the greatest nation in Europe was Lithuania. The writ of the Lithuanian rulers extended over much of modern Ukraine, Poland, Germany, Russia and Sweden.

Today it is just a tiny newly independent Baltic nation state. Remember Macedon and Alexander’s all conquering host? When Sweden dominated Europe, Russia hardly existed. It was the depredations of the Swedes and the Germanic states that led to the emergence of Alexander Nevsky and to the beginning of Muscovite Russia, which still is a great nation.

India did not stop being a nation after the collapse of the Mauryan or Gupta or Mughal empires. It still perseveres as a nation state united by a set of values and aspirations, and even shared perspective of history. This shared perspective enables an Indian to view an Ashokan inscription with as much proprietary pride as the Taj Mahal.

The only continuing civilizational nation states since the dawn of history are China and India. According to the economist Angus Maddison, from the year 0 to 1700, China and India were the world’s largest economies, each accounting from 20-25% of the world’s GDP. After their descent over the next 250 years to about 5% each of the WGDP in 1950, they are on the rise again. What would one say about the period of decline? Did the two nations fail? There is little dispute that the central authority in both countries weakened and even passed into the hands of foreigners.

In “Why Nations Fail – The Origins of Power, Prosperity and Poverty” Professors Daron Acemoglu (Harvard) and James A. Robinson (MIT) come up with an eloquent, profusely researched and extremely scholarly analysis of these repeated failures.

Their book begins quite dramatically with the description of the entirely different situations of the two halves of the town of Nogales portioned by a fence to be parts of the United States and Mexico. The Nogales in Arizona thrives, while the Nogales in Sonora languishes. The climate is alike. The lay of the land is alike. The populations too are alike. Why?

The answer to this lies in the way the two different societies formed during the early colonial period. An institutional divergence took place then, with the implications lasting into the present day.

One system evolved to milk the land for the colonial masters in Europe, while the other evolved due to the colonization by the settlers and for their benefit. Suggesting that if the USA did not free itself in 1783 it might have evolved differently. Like India, perhaps?

Some states are structured around “extractive political institutions” where the institutions serve to satisfy the aspirations of a narrow elite alone.

Colonialism was clearly an extractive political system. But does India still have an extractive political system? Many economists will argue that the data suggests just this. When we see the evolving politics through this prism we have an answer for the growth of family or clan dominated political parties on one side, and the notable expansion of the upper classes and the growing power of family owned businesses.

Standing in sharp contrast to the nations dominated by extractive political institutions are the nations based on inclusive political and hence economic institutions. This is amply evidenced by why and what happened in England that made it the centre of the Industrial Revolution.

The precursor to this was the Glorious Revolution of 1688 as a result of the overthrow of King James II which began modern English parliamentary democracy. The Bill of Rights of 1689 became one of the most important documents in Britain’s political history and ever since then the monarchy never held absolute political power.

The consequent development of pluralistic political institutions opened new vistas of education and unleashed long dormant creative powers stifled for long by a system that conferred monopolistic extractive powers to a small class.

Historical turning points such as this lead to far reaching consequences. The death of Mao Zedong and the rebirth of Deng Xiaoping from the living dead held in Shaunggui, a unique institution in China for the detention of senior Communist Party leaders in China would easily be another.

Perhaps, one day history may become more charitable towards PV Narasimha Rao who heralded the dismantling of the centrally planned state and the industrial controls central to it with just a single plainly worded administrative order. 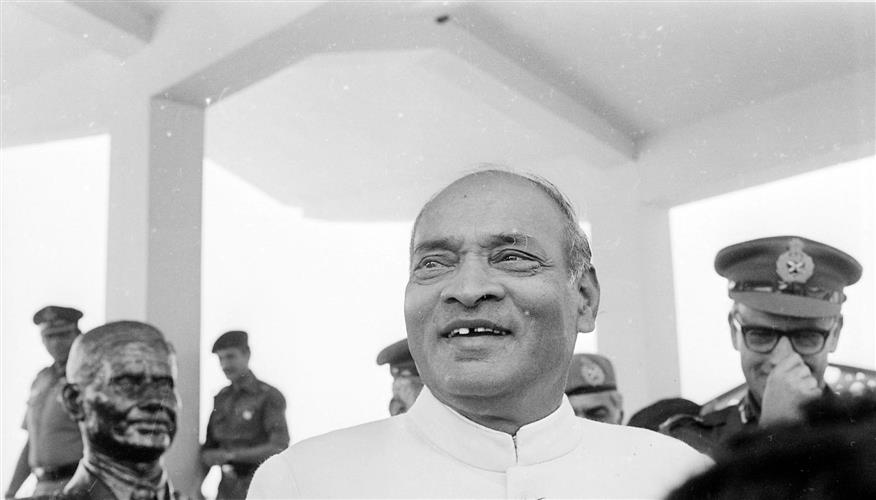