My two recent articles advocating extending scheduled caste (SC) and scheduled tribe (ST) reservation benefits to Dalit Muslim and Christian converts (IE, 6 November and The Citizen, 13 November) led to scores of reactions which raised a number of important issues calling for a wider debate and discussion.

To ensure that any special provision made for the educational, economic or social advancement of any backward class of citizens is not challenged on the ground of being discriminatory, Article 15(4) was amplified by the first amendment of the Constitution in 1951.

Since the Supreme Court had held that reservations did not apply at the stage of promotions, Article 16 of the Constitution was amended by inserting a new clause (4A) in 1995. Though questionable, this and other constitutional amendments relating to reservations were passed by Parliament mostly without any discussion.

The first backward classes commission (Kalelkar Commission) was appointed by the Jawaharlal Nehru government in 1953. Majority opinion in the commission was that the test for backwardness should be caste-based. The report was rejected by the government as it considered the caste system the biggest barrier in the progress of the society.

The second backward classes commission (Mandal commission) was appointed by the Indira Gandhi government in 1979. Like the first commission, it too recommended that the determining factor of backwardness should be caste. It ignored all other economic tests.

Due to the sensitivity of the issues, no decision was taken on this report by successive governments till 1990 when V.P. Singh, in the frantic effort to save his government, announced the acceptance of the Mandal commission recommendations.

The Supreme Court in K.C. Vasanth Kumar vs. State of Maharashtra (AIR 1985 SC 1495) held that caste cannot be the sole determinant of backwardness, though it can be a relevant criterion and can be taken into account along with other factors. The principles enunciated by the Supreme Court in a series of cases including in Indra Sawhney vs. Union of India in 1993 and 2000 gave final shape to the reservation policy.

Important questions which have arisen over time have remained unanswered. The Constitution had visualised the reservations for SCs and STs to continue for 10 years. It is true that the disabilities and deprivations suffered and the degrading treatment meted out to these classes over centuries cannot be remedied easily. But concerted efforts are being made since Independence to ameliorate the situation.

Considerable success has been achieved in the abolition of untouchability mandated by Article 17 of the Constitution. A number of welfare schemes are also being implemented for these classes. In this light, should there be a ‘sunset clause’ for reservations? Rather than extending the term of reservations routinely, as at present, an expert committee could be appointed to periodically appraise the latest position and suggest the further period for which reservation may be extended.

Article 335 of the Constitution lays down that the claims of SCs, STs (and OBCs) are to be taken into consideration consistent with the maintenance of efficiency of administration. Prime Minister Jawaharlal Nehru laid great stress on this article but it has not become an integral part of the reservation policy, as it should have been.

A disturbing feature of the scene during the recent past has been persistent demands of some dominant castes like Marathas and Jats for being treated as OBCs. Along with others who are pressing for their claims for inclusion, nearly 80-90 per cent of the population of some states will have to be categorised as backward. Is this what is visualised by the Constitution?

I am not sure how long the present ceiling of 50 per cent on reservations, laid down by the Supreme Court, will survive. Already, a number of states have breached this ceiling without any punitive action.

There are demands that reservation policy should also be applicable to the private sector. This will have major national and international connotations.

Persistent demands are being made for conducting a census of OBCs. It is not advisable to resist these demands, if reservation policy is to be meaningful and rational.

The concept of creamy layer enunciated by the Supreme Court needs to be kept under close watch for rigorous application.

India’s affirmative action programme is perhaps the largest and most complex in the world. A permanent, multi-disciplinary secretariat comprising well known and acclaimed experts needs to be established to study the evolving situation and suggest viable options.

There is a need for complete transparency in the evolution of policies and rigorous assessment of their effectiveness to ensure continuous and widespread public support to this gigantic exercise for major social transformation.

The National Commission for Religious and Linguistic Minorities (Ranganath Misra Commission) (2006) had recommended that the ultimate goal should be the evolution of a uniform criteria for identifying the backward, which should be based only on the educational and economic status of people and not on their caste or religion, and its application equally to all sections of the citizens irrespective of their caste or religion.

It is time these politically and socially sensitive issues are discussed in national interest with maturity. Towards this end, a white paper should be brought out by the Union government. I would urge that it should be fully discussed in Parliament with a view to evolving a national consensus on the subject. But, looking at the highly polarised polity and the competitive politics, I will not be surprised if, finally, the Supreme Court has to take a leading role in recasting the reservation policy as the third (and the only) chamber of Parliament. Otherwise, the present ad-hoc reservation policy may become fossilised and, with passage of time, claim to be a part of the basic structure of the Constitution. 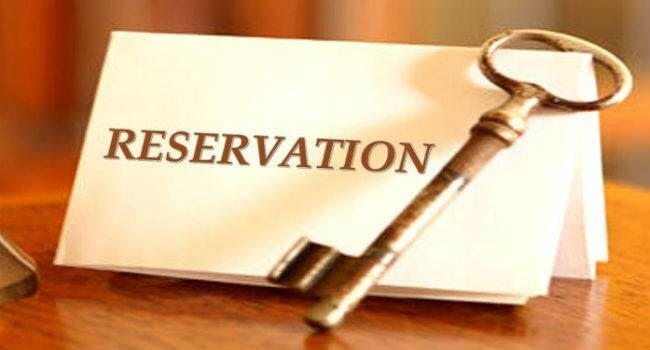