There but for Central Planning

India’s first Indian Governor General (1948-50), Chakravarti Rajagopalachari (Born: 9 December 1878, Died: 25 December 1972) was a man who is today more remembered for his elegant and simple rendering in English of the Mahabharata (1951) and Ramayana (1957). But Rajagopachari, popularly known as Rajaji, should be known today as the first one to sound the warning against a state controlled and centrally planned economy, an naïve notions of Fabian socialism.

In 1957 Rajaji broke with Jawaharlal Nehru over his economic and political prescriptions for India. India consequently came to be governed by a combination of protectionist, import substitution, Fabian socialism and social democratic inspired policies. In 1959 Rajaji outlined the goals of the Swatantra Party through twenty-one "fundamental principles" in the foundation document.

The party stood for equality and opposed government control over the private sector. Rajagopalachari sharply criticized the bureaucracy and coined the term "license-permit Raj” to describe Nehru's elaborate system of permissions and licenses required for an individual to set up a private enterprise. The bureaucratic labyrinth sometimes involved approval by as many as 80 agencies, before a license could be granted to produce with the state deciding what to produce, how to produce and how much to produce using state prescribed sources of capital and often even the selling price. Profits leading to capital formation and investment were never a consideration.

Prime Minister Nehru once told industrialist JRD Tata, who stressed the need for India’s public sector to be profitable to beget surpluses for investment: “Never talk to me about profit, Jeh, it is a dirty word.” Consequently the rate of growth of the Indian economy in the first three decades after independence was derisively referred to as the Hindu rate of growth by economists, because of the unfavorable comparison with growth rates in other Asian countries.

The “license-permit Raj” rather than creating a more equitable society actually created a hugely corrupt and inefficient system that created oligarchies and huge inequalities, not just between people but also between regions. This blight still persists, though with a much less pernicious virulence.

Prime Minister PV Narasimha Rao took the first steps to dismantle the “license-permit Raj” in 1991 when his government effectively dust-binned the Industrial Licensing Policy 1956 and ushered in what has generally come to be known as “economic reforms.” This is still a work in progress. For state control over industry persists with its of fourteen public sector banks and the IDBI and IFCI, perpetuating a newer form of the statist policies of allocation by making industry and business vulnerable to the caprices of politicians and bureaucrats.

Rajaji may not have been entirely satisfied with Narasimha Rao’s and Manmohan Singh’s hesitant steps in dismantling the state’s overarching control over the national economy, but he would have encouraged them to go further and with more daring. He would have done so with Modi and Jaitley too.

All major economies that have grown rapidly have a high level of fixed investment. There are no examples of major economies that have grown rapidly with low rates of investment. Only 21 countries have achieved 8% growth a year sustained over a 20-year period since World War II. The first eight are Asian economies - China, Japan, Singapore, South Korea, North Korea, Taiwan, Thailand, and Hong Kong. Their systems varied by they had one essential commonality. All of them had, during their periods of rapid growth, very high percentages of Gross Domestic Fixed Capital Formation in GDP, between 30-50%.

Clearly a high percentage of fixed investment in GDP is an indispensible precondition for a rapid rate of growth – there are no countries with rapid GDP growth and low percentages of GDP deployed to fixed investment. But we have countries with high savings rates and less than commensurate growth rates, because public spending is less on investment and more on social spending including subsidies. If Rajaji’s rejection of Fabian socialist notions of economic and social development were the policy in the late 1950’s, it would have given India a head start in capital formation, industrialization and faster economic growth. But better late than never. 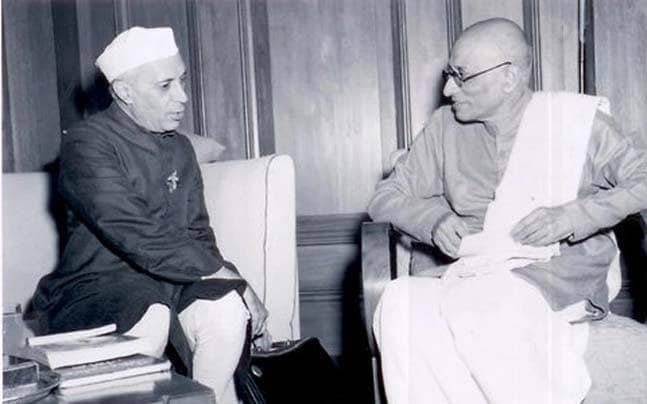