Of Hate and Genocide

Hate has become a nasty political business, but even so all lines were crossed at a meeting of ‘sants’ at Haridwar where speakers openly called for the genocide of Muslims. The three day ‘Religious Parliament’ was attended by major religious leaders, right wing organisations and at least a couple of members associated with the ruling Bharatiya Janata Party. Blood curdling speeches were made openly advocating violence against the Muslims as the corridors of power, and indeed the media, watched silently. And this perhaps is the most sinister aspect of the entire meeting, as many of those who addressed the gathering at Haridwar have for long been speaking the language of sheer hate, urging their followers to attack and drive out Muslims. But that this violation of the Constitution of India and the law was allowed, without question, is in itself a statement of support ahead of the elections in the region. Hardiwar influences both Uttar Pradesh and Uttarakhand, and the three day meeting fed into the divisiveness and hate that the BJP hopes will cement its support base, and bring it back to power in the two states.

Elections have turned into a trajectory of hate and communalism, with campaigns touching new lows. This display of hate and call to kill does not weaken communities, but the country that had found its strength in tolerance, equality and justice. Meetings such as in Haridwar play with time tested tenets and shake the foundation of Indian democracy without having the means or the wherewithal to build a new stronger foundation. As history has shown over and over again, nations suffer when citizens are pitted against each other, and when such governments fall they leave people and indeed the country in ruin. Strength lies in democracy, and democracy can only be strengthened by trust, confidence, peace - where peoples are encouraged by governments to work and live together in harmony.

The issues facing the electorate in India are many. And for decades politicians with their drums have sought to divert attention through the politics of divisions, a legacy of the British that our political class has learnt from well. But then as India’s own history has shown these tactics work but only for a short tract of time, and then it is the back to the basics of livelihood when the voters realise that religiosity is not filling their stomach. And that overt or covert animosity eats into their very limited resources, and does not bring in food into the homes.

But meetings such as in Haridwar take the nation and her commitment to democracy down by notches, the depth of which only time will determine. Hate creates insecurities and tensions that might catapult a politician or two into power, but causes irreparable damage to a nation. 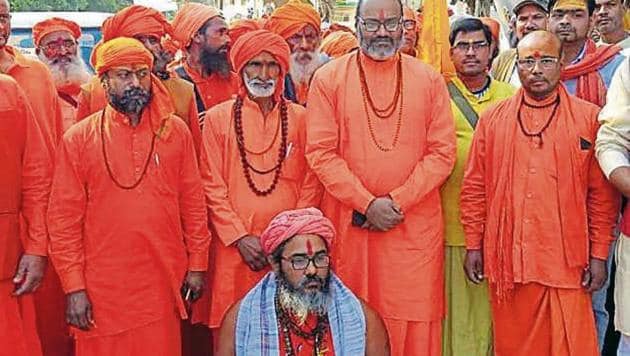