UP - ‘The Process Has Begun’

“The process has begun” said political stalwart Sharad Pawar just before the Bharatiya Janata Party was hit with a spate of resignations in Uttar Pradesh. There are ups and downs in politics, he has now said, but when the common person decides then no matter how powerful a politician “is at the top he cannot stand in front of the united force of the common people.”

As India watches the edifice that is Chief Minister Adityanath has come crashing down. And the recent announcement that Prime Minister Narendra Modi will be the mascot for these Assembly elections has made no difference. A shell shocked BJP is witnessing an exodus of its backward legislators, including ministers, shattering the invincibility that Adityanath had sought to create through sheer fear and intimidation.

The reasons given out by the BJP legislators for walking out are similar and send out a strong message to the huge backward communities of UP that ‘all is not well’ and the BJP has upper caste interests only in mind. And that they are finding it difficult, indeed impossible, to work with the chief minister and the ruling party in the state.

Of course there is a little bit of a chicken and egg story here. In that it is not easy to gauge at this point whether these legislators have set the lead for their voters to follow, or as is more probable followed the visible disaffection in the voters and decided to quit while the going was good. And given the huge crowds and surging popularity of the Samajwadi Party, Akhilesh Yadav becomes the natural magnet for those seeking new pastures and a re-election.

However, the issue is not who will win the elections and form the government but the rot that these resignations have exposed within the state government and the rule of Adityanath. His preoccupation with hate, the calls for genocide that drew not a murmur from the party ruling UP and the centre, the attacks on the minorities, the continuous communal propaganda seeking to divide seems to have drawn zero traction this time around. His nasty 80 versus 20 comment, seeking yet again to pit the majority against the minority in the state in the forthcoming elections has not stopped the legislators in their stride.

If hate had been accompanied by development for all communities - minus the Muslims and Christians and to some extent Dalits of course - the effort of Adityanath and his mentors might have worked to a better extent. As it did for both the Assembly and Parliament elections, where the electorate of UP actually believed the rhetoric and was happy to vote for the BJP with its politics of divisiveness.

However, the intervening years have demonstrated that 1) hate brings no development as it creates violence, brings in fear, and paralyses Indian citizens each of whom are part of the development wheel; 2) that by raising the gods the politician does not become god and uses the cover to harass and victimise and not to bring jobs or address even basic issues of livelihood; and 3) communal politics goes hand in hand with caste politics as hate crosses barriers and eventually the system remains weighed in favour of those who oppress not just the Muslims but all the castes that fall outside the ‘upper caste’ label.

All in all the high rhetoric of jingoism is basically to camouflage and hide the absence of governance.

If this message has indeed percolated to the ground, as the resignations seem to indicate, this could create a wave that UP has seen at crucial moments of its history. Usually the wave is silent - as Indira Gandhi realised rather late in the day when not only her party but she herself lost the first election after the Emergency. Invincibility does not work for the common Indian beyond a point — compassion, responsiveness, humaneness, works far more and for much longer. Even without development!

Adityanath has ruled by fear and intimidation which has fed into a growing sense of infallibility. His saffron robes might have attracted RSS admiration but it has not convinced the people that he is an accessible leader who can be trusted to ensure the safety and security of each citizen of the state. As all journalists who have covered the ground know, hate works for a while but soon the people realise that division jeopardises their very existence, and that is when the tide begins to turn.

And as Pawar said the politician is scared of the unity of the people, and this time when the backward legislators started resigning the usual use of the agencies was suspended. As New Delhi and Adityanath probably both realised that even this use has out and over done itself and arouses anger and not just fear as the overriding sentiment; and that such use could turn Maurya for instance into a backward community crusader. After all the same happened to Rajesh Tikait, who rose from the status of a mofussil leader to a national farmers leader after he shed tears over the first wave of harassment and arrests. And has not looked back since.

There are differences between PM Modi and Adityanath but so were there differences –and perhaps even more so as both were on the same turf—between late PM Atal bihar Vajpayee and his Home Minister and deputy L.K.Advani. However, every time sections of the media predicted a downfall the two worked together and closely for the party, during and before or after elections. So if UP is lost to Adityanath it is also lost to PM Modi, and will set out a new and different canvas for the 2024 general elections.

Mandal brought in a sense of empowerment amongst the backwards, ignored really over decades of Congress rule at the centre and in UP. However, instead of the Janata Dal capitalising on it, the BJP made heavy inroads into this vote bank despite its opposition to VP Singh’s implementation of the Mandal Commission reports. And used the since infamous ‘kamandal’ to cut into the community votes that has stood it in good stead till date. It did throw up leaders like Mulayam Singh Yadav and Lalu Prasad Yadav for the Janata Dal who came with their magnetism and of course their individual personalities to control UP and Bihar respectively.

Today, the BJP was trying to polarise the majority versus the minority but its intimidation, tactics of fear, lack of development leading to acute joblessness, has galvanised the voter into rejecting hate and demanding better livelihood. The backward communities that those who have resigned represent occupy centre stage in eastern UP, and thereby their decision to quit the party has come as a major blow. More so as the party has lost the minorities altogether; has lost the Jats in western UP; has the non Jatav Dalits up in arms as well in pockets; has angered the Brahmins with Adityanath’s pro Thakur politics; and now has a major dent in its backward support in eastern UP.

Not a happy scenario as UP was its frontal state in —and now to use the militaristic language we keep hearing on television and the social media — its war for the vote and power.


Part 2 - The Opposition in UP 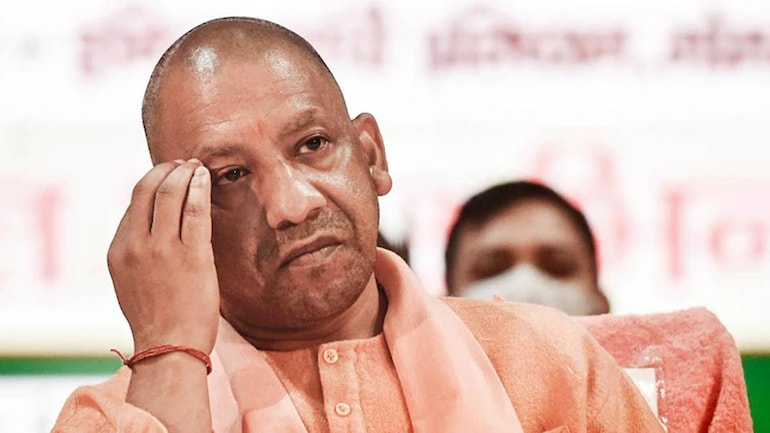