Perhaps Nehru was Too Much for New Delhi

Invoking Jawaharlal Nehru and David Ben-Gurion in the same breath and context is an odd thing, as they were chalk and cheese in their political bearing and expressions. Except that, Lee Hsien Loong, the Prime Minister of Singapore has done so, on the Report of the Committee of Privileges.

The obvious commonalities besetting Nehru and Ben-Gurion was that they were at the peak of their political careers around the same time - India got freedom in 1947 with Nehru as Prime Minister, while Israel was established in 1948 with Ben-Gurion as Prime Minister. The creation of both was bloody and entailed migrations, both willful and imposed. Nehru’s politics were decidedly pacifist, secular and inclusive, whereas those of the former commando, Ben-Gurion, was intrinsically confrontationist, expansionist, and exclusivist i.e., a Jewish State.

Both politicians were creations of unique circumstances and deductive convictions that sowed an indelible imprint on the narrative of the two distant sovereigns, for posterity. Both had insisted on democracy and were instrumental in creating accompanying institutions, impulses and instincts that have stood the test of time. Both their respective centre-leftist parties (Congress for Nehru and Labour for Ben-Gurion) currently languish in the doldrums in the Lok Sabha and Knesset respectively, in the face of decidedly right-wing parties i.e. Yamina and the BJP.

Although the winds of rightwing partisan preferences are galvanising Israeli politics and emotions, Ben-Gurion is still afforded the dignity of a revered Statesman unto whom the shaping of the Israeli narrative is credited. The hardline Yamina leader and current Prime Minister, Naftali Bennett, still insists, “We have obligation to uphold Ben-Guiron’s legacy” and adds, “Ben-Gurion began the journey to fulfill the aspiration of generations, we have a duty, and we have the right to continue it”. Despite the multiplicity of security, societal and political intrigues underlying the current Israeli reality, Labour Party’s Ben-Gurion is spared any accusation for any historical acts of omission or commission. His memory and legacy are not contexualised to any current issue facing Israel, politically.

However, Nehru is not so lucky, and is not afforded the same magnanimity of wistful recollection even nearly 58 years after his death in 1964. Never in the interim decades since his death has Nehru’s name been invoked more than in recent times - just a few weeks back the head of government insisted “Today I will only talk about Nehruji. Enjoy,” and teased the Opposition ranks, “Your leader will also say mazaa aa gayaa”.

The repeated allusions to a leader long gone included: “The first PM of the country was helpless. Imagine then he was saying that the inflation problem was so serious. How the country’s first prime minister threw up his hands in front of the country”. This diatribe against Nehru was the supposed counter for all the socio-economic-developmental ills facing the nation, as raised by the Opposition.

This ungracious repetitioning of the first Prime Minister cannot be an ideological practice, as the same partisan outfit’s former Prime Minister and impeccable Statesman, Atal Bihari Vajpayee, always maintained a courteous and generous personal perception of his partisan opponent. Vajpayee had glowingly stated on Nehru’s demise, that “Bharat Mata has lost her favourite prince”.

But more importantly the visionary and prophetic Vajpayee had alluded to a dark future, noting sagaciously in his obituary of Nehru - “The Indian democracy he established, and of which he made a success is also faced with a doubtful future. With our unity, discipline and self-confidence we have to make this democracy a success” - adding large-heartedly, that attitude of taking even the opposition along, that refined gentlemanliness, that greatness we may not again see in the future” - sadly ring true.

Vajpayee opposed Nehru vigorously, but amidst all partisan rivalry never lost the sense of civilisational-constitutional morality that behooves a 5000-year civilisation, and a secure democracy.

Today, both principal national parties are saddled by pale shadows of their past leaderships as they remain supremely insecure, petty and small-spirited when compared to the giants who jostled fiercely, but decently, with a constant concern for how the world would view India.

Now, constant references to the past (part factual, part fictional) as a means of rebounding whataboutery, deflection and one-upmanship diminish the stature of those responsible for the present and the imminent future. Nehru was not perfect, he made many mistakes, even grave ones, but to his credit he never claimed infallibility - he was often forthcoming of his failings. His scorecard on managing external security was especially patchy, given his less than perfect relationship with the Armed Forces, which he probably saw as a legacy of the British Raj.

But above all, Nehru’s personal imprint on the psyche and consciousness of Indians ensured that democracy flourished; it did not become another illiberal Pakistan, as a corollary to the ‘two-nation’ theory. Under Nehru, India punched far above its weight internationally and Clement Attlee had called him a “doyen of world statesmen”, and a man “singularly free of bitterness”. But that impression is sought to be revised and rewritten gleefully, even as globally many remember him otherwise.

Interestingly, Lee Hsien Loong posited Nehru’s name along with Ben-Gurion’s, as aspirational lodestars of foundational ‘intent’ that should never be compromised. He did, however, extrapolate that admiration (of those times) to warn of regression to India’s current politics (importantly, not of the ruling dispensation, but politics in general). It was an avoidable extrapolation in classical diplomatese, that was conventionally, unrequired.

Given the seemingly thoughtless context of invocation, it was perhaps best to avoid escalating the issue (as done by all others mentioned), but the dominant instinct of current politics in India is rather thin-skinned and touchy to any praise onto Nehru. The ‘world’s largest democracy’ that has been a beacon of democratic investments could perhaps have handled the issue more deftly and lightly - however, outrage was expressed, and how that will reflect on the tenor of Indian democracy is something to introspect.

Interestingly, Israeli politics with much of the same partisan equations, showed no such hypersensitivity or concern towards a passing reference to regression of its politics. Lee Hsien Loong also referenced US politics when he said the “political system has all but broken down”, and went on to mention “Partygate” in UK politics, too - both governments ignored the unwarranted allusions, but perhaps Nehru was too much for New Delhi.

Not that facts matter anymore, but the Association for Democratic Reforms records that 30% of National Parliamentarians had criminal charges against them in the 2009 Lok Sabha - the same figure jumped to a shocking 43% with criminal cases and 29% with serious criminal cases in 2019. Nothing differentiates one party from the other in this lamentable political affliction - the ability to suggest otherwise, is just reflective of better marketing by one, versus the other.

That it took an inadvertent swipe by Singapore (with an additional sting of praise for a persona-non-grata in the making), is truly vain. Singapore’s Prime Minister ought not to have referenced any country negatively, but there are far greater concerns staring the country. Nehru is long gone, and flexing muscles towards the memory of a person unable to defend himself (or even by his party) does not add lustre to the current dispensation or the sovereign.

If anything the nation would be served better to introspect on the inadvertent (though unwarranted) comment made by an outsider, who has no axe to grind with India. As, ironically, Lee Hsien himself noted in the same address, “good democracy begets good governance, and good governance begets good politics”. 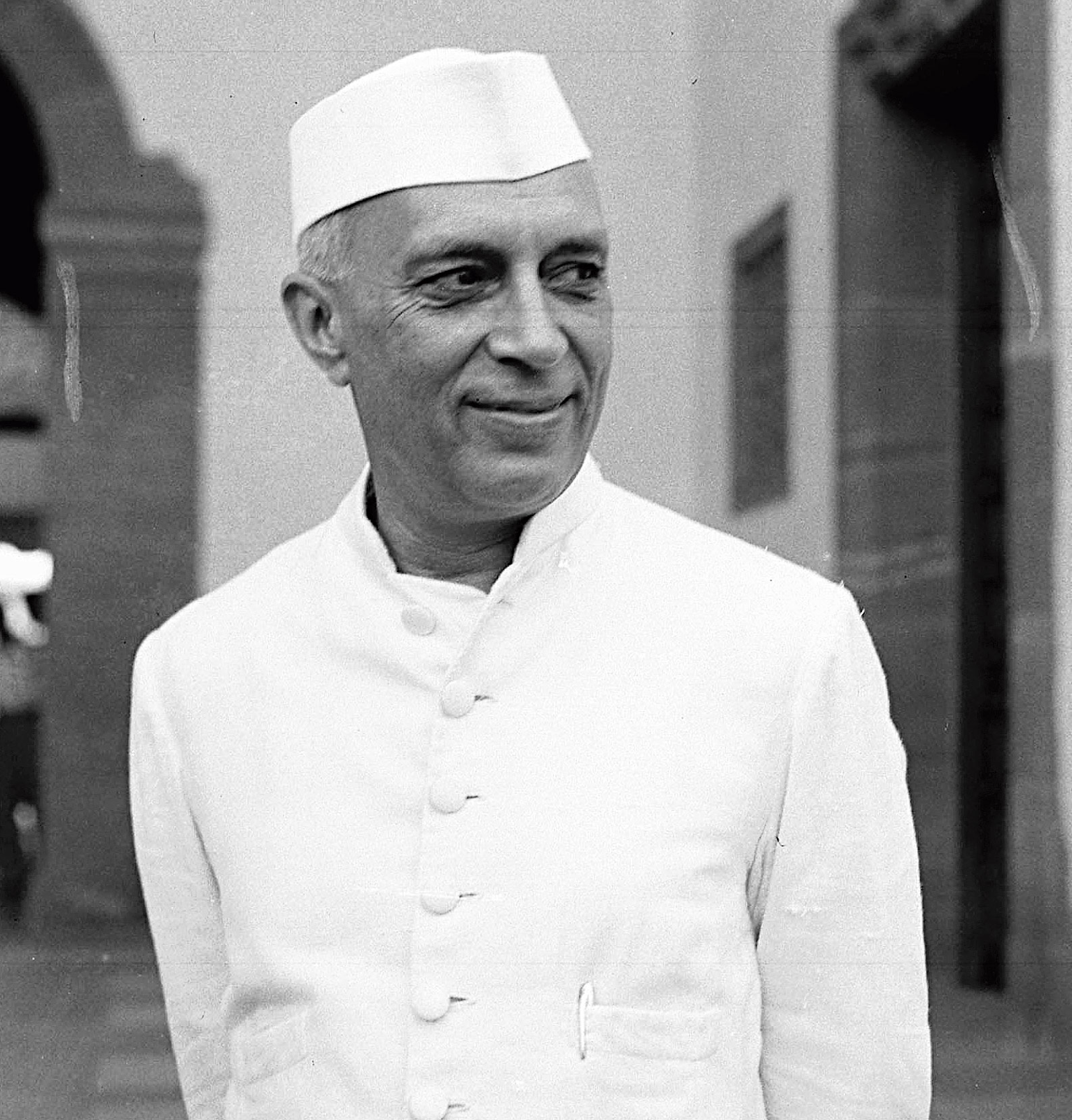