The Irrelevance of Europe

The predicament of Volodymr Zelensky makes an apt metaphor for Europe. As he ran himself into a sword, the “Europe” he wants to be part of egged him on and watched. When he has impaled himself “Europe” watches. By deliberately keeping Russia out of Europe it has given it a siege mentality as during the Cold War. But what is this Europe? As Henry Kissinger once famously quipped: “If I want to talk to Europe, who do I call?” With individual nations conducting their own diplomacy, the EU is now run by a bureaucracy of discarded politicians.

Time is also against Europe. The continent is rapidly ageing. Europe has entered the stage of very slow demographic growth and will be confronted with significant population decline during the first half of this century. Its population between the age group 0-15 is already shrinking as is its working-age population. If the trend continues, in the near future most EU member states will experience an excess of deaths over births. By 2050, its median age will rise to 48 years, and the number of Europeans over 60 will have doubled to 40% of the total population or 60% of the working-age cohort. A century ago, Europe had nearly a quarter of the world’s population. It will account for only seven per cent by 2050.

The shortage of working-age people and its unwillingness to alter its immigration policies to attract a better trained and skilled workforce from the surplus countries, and to draw highly educated technology professionals, due to age-old prejudices will cost Europe dearly. Paradoxically the Ukrainian exodus of recent days has given fast aging Europe a lifeline of working age White refugees.

So what does and what can India expect from a loosely governed, economically slowing down, demographically ageing and contracting, and professionally unattractive Europe? Given its hostility to immigration, Europe has largely shown itself incapable of reinventing itself as the United States did into a more egalitarian union, where people are “judged not by the colour of their skin but by the content of their character”.

Low GDP growth rates lead to slower growth in tax revenues and combined with higher social security and welfare spending lead to increasing deficits and debt levels, making for a poisonous cocktail to induce economic stupor. American journalist Fareed Zakaria best described the crisis in the Euro zone: “Europe’s core problem is a lack of growth. Italy’s economy has not grown for an entire decade. No debt restructuring will work if it stays stagnant for another decade. The fact is that Western economies — with high wages, generous middle-class subsidies and complex regulations and taxes — have become sclerotic.”

In the coming years, the issue of reforming world governance will come to the fore, as the newly emerging countries of Asia, Latin America and Africa rise economically and militarily. It is only natural to expect them to seek commensurate political power. At present there are three global high tables consisting of the permanent members of the United Nations Security Council, the G-7 and Nato. All three are Eurocentric in character. Countries like India, Brazil, South Africa, and even Germany and Japan have been showing some impatience with such a restricted system. Within two decades the global GDP and power rankings will undergo substantial change.

Five European countries - Germany, the UK, Russia, France and Italy - rank among the world’s ten largest GDPs (adjusted for purchasing power). In 2050 only Germany and Britain will be among the ten largest GDPs, at ninth and tenth place respectively. Quite clearly the restructuring of the world order and world system cannot be avoided for much longer. How can countries like the UK and France, with GDPs a third or less than India’s or about half of Japan’s be in the UNSC as permanent members and India and Japan be out of it?

In recent years we have seen some discussion on expanding the UNSC and the G-7. NATO by its very acronym defies expansion. While expansion will make these restricted forums more representative it might detract from their effectiveness. Right now India, Brazil, Germany and Japan are knocking on the doors of the UNSC for co-option as permanent members. Even if they get in, the internal dynamics will be still tilted in favor of Europe and North America.

As it is the P-5, with each member armed with a veto often finds itself unable to take a view of events or act decisively. An expansion with all members armed with a veto will only complicate matters. Quite clearly the effectiveness of the UNSC depends on its compactness. Mere expansion recalls Groucho Marx’s comment; “I don’t care to belong to any club that will have me as a member”.

It is very clear that while the US will be the engine of world growth for the foreseeable future, mostly possible by its sheer scientific superiority and climate conducive to innovation, it will be closely followed or even overtaken by an entirely new cast of countries. In less than a hundred years after the end of WWII, among the victors, only the US will be in the top 10 countries.

The US too is changing within. It has had its first Black president. It now has a woman of Afro-Indian descent waiting in the wings as vice-president. Its national political leadership is increasingly a kaleidoscope of diasporas that gives their communities more reason to feel one with the United States. Americans of Indian origin have occupied gubernatorial mansions and many more are in the executive branches. Many more occupy high positions in academia, industry particularly in the new sunrise sector. Changing demographics also leads to changing attitudes, which reflect in a rearrangement of national goals and policies.

It should now be evident that the new rising countries will supplant Europe in the new global pecking order. This does not bode well for political relationships of any lasting nature in the future. The US has made clear that it wants greater engagement across the Pacific. Asia’s combined GDP despite the slowdown in Japan is still the highest in the world. By 2020, over 60 per cent of world GDP will be credited to it.

As their role in the world economy grows and becomes dominant, both China and India will demand changes to accommodate their aspirations and interests. While China’s relationship with the US will remain adversarial, it will increasingly seek to balance the US with the EU. India, whose relationship with China is not likely to move even midway of the full spectrum from adversary to friend, might be drawn increasingly closer to the USA. 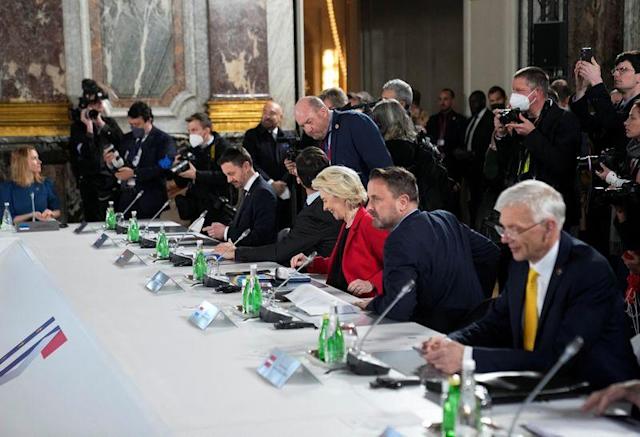