Aam Aadmi Party and its Broom

Punjab has seen misrule for a long time

While AAP has successfully used the broom to sweep away opposition in Punjab and to bring about change in a range of areas, added use of the broom is called for. However the party seems to have made an inappropriate start in laying on such a grand show for the chief minister’s swearing in ceremony, where the stage was decked with enormous quantities of flowers, 10 thousand policemen were deployed and 150 acres of wheat crop destroyed.

All this cost a few crores of public money. Whereas a simple swearing-in ceremony with very few in attendance would have been much appreciated. Added to all this are the daily full-page advertisements in most newspapers, projecting the image of the chief minister. Surely all this is not in keeping with the idea of Aam Aadmi (common man)?

Punjab has seen misrule and rampant corruption for a long time and to bring it back on the rails is going to be a Herculean task that needs to be dealt with urgently. Focus should shift to major issues rather than minor dressing up and putting up statues and photos in offices. What worked in Delhi is equally applicable to Punjab, although the canvas here is much larger.

On the medical side the existing civil hospitals need to be substantially upgraded and some more added. Two new government medical colleges must be started. In addition some basic medical facilities on the lines of mohalla (neighbourhood) clinics must be established in select central villages.

The state of education in public schools is extremely poor, essentially due to substandard teaching staff. Some schools have had 100% failures in board examinations. Large scale retiring of poor quality teaching staff is essential and high standards must be enforced for new recruits. The infrastructure in many schools requires an upgrade and some more schools should be opened. Government schools should be able to compete with private schools. At least two more government engineering colleges should be started.

While agriculture is the mainstay of the province, it is highly stressed and needs support in a range of areas. The ever increasing use of water for rice cultivation has adversely impacted the water table, with long term implications. Urgent steps are called for in ‘crop diversification’ with incentives and establishing of appropriate agro industries. Electricity charges for drawing precious groundwater for paddy are also called for. And to stop the downstream flow of waters of the river Ravi into Pakistan, the Shapur Kandi barrage on this river must be completed quickly and this water used to recharge ground water in Punjab.

Water, in general, in the Malwa region is no more potable due to dumping of industrial waste into the ground and excessive use of fertilizers and pesticides. To this have been added hundreds of ‘sauchalayas’ (toilets) in each village, with no central sewage system, and the waste from these, over a period of time, will inevitably mix with the groundwater of village handpumps and wells rendering it dangerous for human consumption. This calls for setting up central sewage systems in these villages on one hand and reduced use of chemical fertilizers on the other. The use of chemicals to artificially ripen fruit is on the rise which is another serious health hazard. This must be checked.

Private industry should be welcomed to the state with a range of incentives on offer including cheap electricity and hassle free dealings with the administration. At the same time skill development programmes for the youth must be taken up on priority to provide workers for these industries. There is substantial scope for agro industries and this calls for concerted effort. It will automatically encourage diversification of agricultural produce. Stubble should be cut by farm machinery and private industry encouraged to set up factories to make cardboard etc. out of it.

There are a number of canals in the state and these besides providing water for irrigation can be put to three other uses. One, solar panels can be installed over these, where running cool water below the panels will improve their efficiency. Two, where the current in these canals is fast, by suitably narrowing the channel, turbines can be lowered into the water. These turbines should be so designed that the blades cover the full depth and width of the water and meet minimum resistance as they enter. Hundreds of such projects can be launched, greatly lowering the cost of electricity. This technique to generate electricity has been used by the army on certain streams in Ladakh.

Third, suitably designed 1 to 6 acres fishponds along these canals can be built where, once these are filled with water, small quantity of water flows into these and then back into the canal. The fisheries department can provide specific fishlings and industry, so established, can pack the fish for marketing within the country and abroad.

The new government should encourage setting up of private companies with agro machinery ( tractors etc ) where the same is available on hire to small landholders at comparative rates, so that such farmers do not have to buy expensive machinery and pay huge EMIs as also suffer debt burden. Such companies should employ locals to operate their equipment.

Punjab at one time provided 22% manpower for the defence forces. This was reduced to 2% based on the MRP ( male recruitable population ) formula. However this concept has not been applied to other central services such as the central police services, railways etc. At the same time no public sector heavy industry has been located in Punjab resulting in a triple whammy. This discrimination against Punjab needs to be set right.

All government officials must declare land holdings in their or their family’s name and annul their income from it. A very large number of businesses, in connivance with those required to check, do not make a proper bill of items sold and thus avoid paying GST. In this practice, both the shopkeepers and inspectors who are required to check such practices must be sternly dealt with.

Although the bulk of the military is deployed on the Western front, all supporting industry for equipment, weapons and ammunition is located in the South. Tanks from the western front have to be transported all the way to Madras and back for overhaul, which in each case, transportation alone costs lakhs of rupees. In the interest of economy some of these factories should be shifted to Punjab.

On the one hand we want to promote girl child and on the other, hundreds of marriage palaces have come up in Punjab, owned mostly by politicians, where a special concession on excise duty is available on liquor. Reception at these has become a social obligation for the girl’s parents and this involves heavy financial burden. There is a compelling reason to cancel the licence of these marriage palaces or else restrict the number of guests on such receptions to just two dozen.

The drug menace must also be dealt with on high priority. Both BSF and the local police must deal with this problem effectively and failure to do so should result in stern action.

There is a need to prune down administrative staff, cut out all wasteful expenditure and ensure corruption free and friendly administration at all levels. Removing the security of MLAs should result in pruning down the state police. Corruption cases must be dealt with speedily and result in strict action.

The policy of keeping large sections of society in a perpetual state of poverty and making them obliged to the government in power as it dishes out sops, such as free rations, cash, gas cylinders etc, must be avoided. This policy of keeping the majority in perpetual poverty and let them be content with sops has worked to the advantage of a particular political party. Sooner than later, people will become wise and this policy will work no more. Instead, the money deployed on sops should be used to create more and more jobs, for the youth including women. 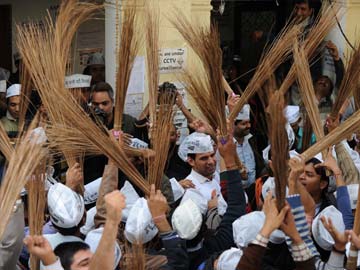