The government has to change for protests to end

Across the world there were spontaneous demonstrations in support of the people of Sri Lanka who are undergoing immense suffering, declaration of Emergency and curfew. The diaspora was united; Sinhala, Tamil and Muslim, in their expressions of solidarity for the suffering communities, and condemnation of the government.

Spontaneity was also the hallmark of the small groups of people who converged in their neighbourhoods in defiance of the curfew declared by the government under a state of Emergency. This was visible in the handwritten slogans they had made with sheets of paper and cardboard file covers. I witnessed the formation of one such spontaneous protest group in my neighbourhood.

First, there was a family that walked from a side road to the junction on the main road. As if by telepathy others emerged from the empty streets.

The mobilisation started a little after 3 pm, the hour set earlier in the week by groups operating through social media urging people onto the streets. This may have catalysed the government’s decision to declare the curfew. There was no “mastermind”behind those who came to the road in my neighbourhood.

The handwritten placards they brought had diverse slogans. The common element was a distaste for the ruling family, corruption and economic hardship. Soon enough the police came by to ensure that the people obey the curfew. They did not come for a confrontation. They knew they had to do their job.

The demonstrators were old and young, with children joining in. A compromise was found, the breach of curfew was minimised, and the people’s right to associate and to express themselves were both accommodated.

Later in the evening another group came to the main road and stood on the opposite side of the junction. This was a bigger group, they carried Sri Lankan flags in addition to placards. Their slogans were more pointed and harsh. Soon they started to shout the names of leaders of the government to whom they appended the title “rogues.”

Both groups were united in their sentiments that the country had fallen to a low, and the rulers and coteries around them had to go. The indications on the part of the government suggest that this is not going to be the case. The choice of some of the new ministers, after the resignation of the Cabinet, suggests that there is no remorse and a counter strike may be contemplated.

The rapid fall from grace of the government and ruling members could not have been anticipated. Less than three years ago they were elected on a tide of popular sentiment with a massive majority. The decisive factor in the pendulum swing of public opinion has been the severe economic hardships of the past two or three months.

The collapse of the Sri Lankan rupee in relation to foreign currencies, steep escalation in prices of essential commodities together with severe shortages, and finally the long hours of electricity power cuts have been decisive in the mind shift of the people. There appears to be a consensus amongst the people of all walks of life that the country is facing this plight due to mass scale robbery of government funds.

There are various levels of sophistication with regard to the causes of the current economic hardships. But the bottom line in the belief of people seems to be that the foreign exchange being brought into the country is being siphoned for private purposes which includes large scale theft.

A sophisticated analysis has been done by Dr Nishan de Mel, a Harvard and Oxford trained economist who heads Verite Research. He pointed out an economic reality much before the present scarcity of dollars, and essential commodities were felt in the present manner.

This economic reality is that the country would be better off if the government should renegotiate the repayment of the several billion dollar sovereign bonds on the commercial market. Instead the government has been repaying those bonds even at the cost of impoverishing the masses.

Dr de Mel has made the point that simply by repaying the sovereign bonds, the government would not be able to boost the credit worthiness of the country. Any future creditor would know, as do the bond rating agencies, that Sri Lanka is scraping the bottom of the barrel, when it pays its existing debt.

Therefore, they would not wish to invest in any more Sri Lankan bonds on the commercial market regardless of whether the government repays its present bonds or not. It is important that the government should follow Dr de Mel’s advice and negotiate with its creditors to repay the bonds at a later time. In particular, the government needs to dispel the suspicion that they are more sympathetic to the international bondholders than to the Sri Lankan people.

After the resignation of the Cabinet of ministers the question is what next? This is in the context of the loss of confidence in the government. President Gotabaya Rajapaksa has invited all political parties to join hands in governing the country. However, the opposition political parties will be wary of accepting this offer, they may see it as a poisoned chalice. Most of them have refused to join. So long as the powers of the presidency are intact, they may see themselves being made into catspaw in “legitimising” the government. As the Opposition is a minority in Parliament, the government can continue to ignore them on issues if it chooses to, and get them to share in the blame for future mistakes too.

One possible way for the government to bring the Opposition into the process of governance, even if not directly, would be to repeal the 20th Amendment that re-concentrated power in the presidency. The passage of the 20th Amendment was one of the first actions of the government; it enabled the President to make unilateral appointments to high positions of state such as at the Central Bank and secretaries of ministries.

The government needs to strengthen the independence of state institutions, and give the opposition a role in the appointment of persons to those bodies. The independence that the Human Rights Commission shows in its opposition to the state of Emergency, the use of the Prevention of Terrorism Act, and its commitment to protecting the rights of those arrested during the recent protests is commendable and highlights the value of making the right appointments.

There is an urgent need for the government to accept moral and political responsibility for the plight of the people, ameliorate their suffering, and present a credible plan that the people can have confidence in. So far the government has failed to meet these minimum standards of accountability.

The irrational decisions leading to reduction in corporate and personal income taxes, ban on chemical fertilisers, refusal to get IMF support are those for which the government alone needs to take responsibility. The failure of the government to present a rational analysis of the crisis to the people, alleviate their hardships and present a credible plan to deal with the crisis is counterproductive.

The protests will continue until the government changes, gives its plans and results are seen. 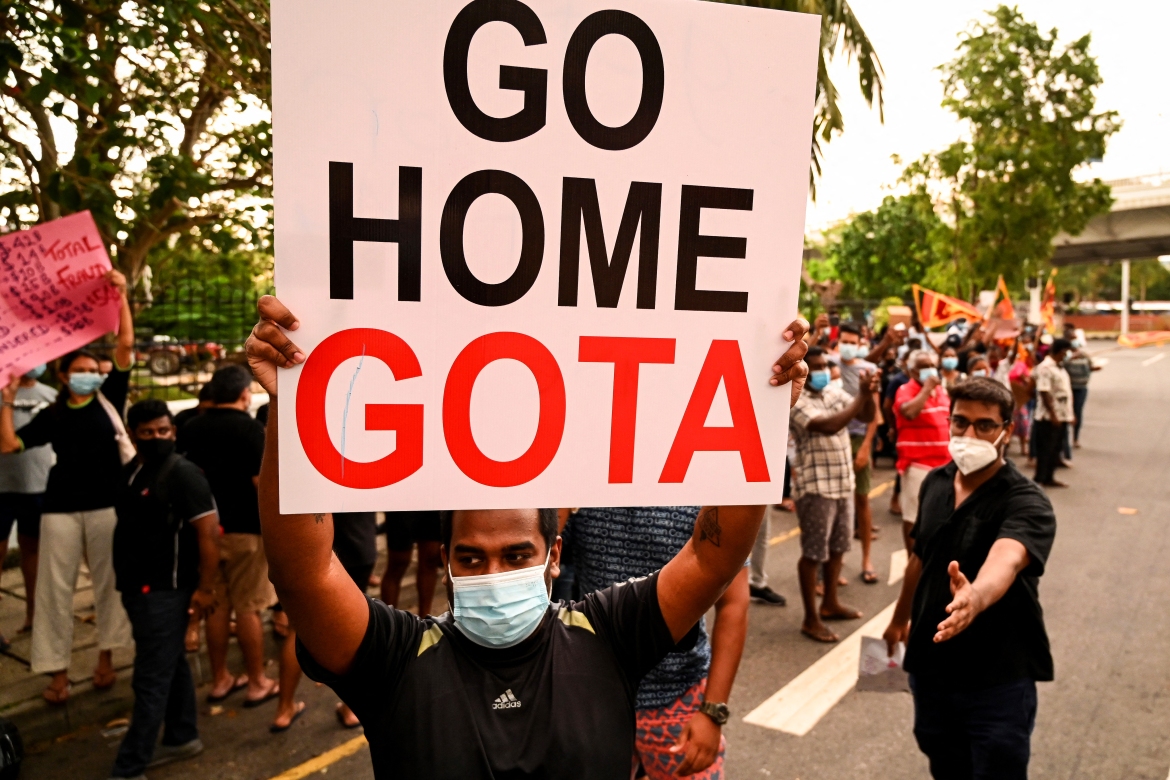