Why NATO Should Be Dissolved

It is outdated, not defensive

The North Atlantic Treaty Organisation, NATO, is 73 years old. When the First Cold War was over, it was about 40. Its raison d’etre until then had always and unambiguously been the very existence of the Soviet Union and the Warsaw Pact (established 6 years after NATO, in May 1955) and its socialist ideology.

But NATO chose triumphalistically to expand – today 30 countries of which 10 former Warsaw Pact members. It broke the Western promises to not expand given to the last Soviet President, Mikhail Gorbachev. And that is, fundamentally what the NATO-Russia conflict, tragically playing out in Ukraine, is all about.

Over the years, NATO has come to violate its own 1949 Treaty which states (my italics):

“The Parties to this Treaty reaffirm their faith in the purposes and principles of the Charter of the United Nations and their desire to live in peace with all peoples and all governments. They are determined to safeguard the freedom, common heritage and civilisation of their peoples, founded on the principles of democracy, individual liberty and the rule of law.”

What a difference from NATO’s actual behaviour.

In the West, NATO is always called the defence alliance. But what is defence? It’s to defend oneself on one’s own territory with a limited, close security zone and to use only weapons with a short range and limited destruction capacity. Defensive defence works only when you are attacked, can’t be used for attacking others far away.

In contrast, long-range weapons with huge destructive capability up to nuclear weapons (not mentioned in the Treaty) by definition is offensive. Deterrence and dialogue combined is like pointing a gun to an adversary’s head and say: Shall we talk?

NATO has only one answer to every problem: It’s only somebody else’s fault and we need more money and more weapons. After the Russian invasion in Ukraine, NATO will increase its military spending even more although it is already 12 times larger than Russia’s.

To legitimate itself, it has to constantly produce enemy images. In reality, it doesn’t serve its peoples, but its member states’ MIMACs – Military-Industrial-Media-Academic Complexes.

The sophisticated but deliberately deceptive “fear-ology” – i.e. making citizens pay by means of information and propaganda (fake and omission) - guarantees that people fear these constructed enemies and feel saved from them: NATO is a saviour from problems created by NATO.

So what to make of an alliance that for 30 years has been unable to define the real world and its post-Cold War mission, permanently violate international law and its own treaty?

What to make of NATO’s militaristic elites who are vastly and increasingly superior to their self-defined enemies in terms of expenditures and technological quality, but feel they must shout and scream constantly about all the existentially threatening enemies they see (Serbia, Russia, Iraq, China, North Korea, Iran, Libya, Venezuela, and - who is next?

What to make of a US-managed NATO elite who constantly threatens others with war, place sanctions on them, seek to isolate and demonise them, and accuse them of doing what they themselves do to a much larger extent?

What should we call it? Paranoid? Psychotic? Autistic? Insane? Should we say that NATO is losing its grip, thrives on invented images, and lives in a fantasy world filled with illusions and self-deception?

Are enemy images much else but psycho-political projections of one’s own dark sides unto the other - and enlarging them?

Or, should we say that NATO just suffers from dangerous ‘groupthink’ which excludes the possibility that NATO’s decision-makers ever experience counter-views and counter-facts and therefore increasingly believe that they are exceptionally chosen by God to lead the world and that they are always right and can’t be wrong?

And what if NATO leaders feel emboldened by a megalomaniac illusion that they are omnipotent and should be rulers of the world.

I’m not sure what defines the illness. But I am sure that today’s NATO is unhealthy and dangerous.

To manage history’s strongest military alliance, you must be utterly wise, careful and humble. Nobody can possibly perceive NATO and its dominant countries as humble. Its members see themselves as exceptional with the ”rules-based international order” for the West and international law for the Rest.

We could actually live in a peaceful world if it wasn’t for NATO. No other institution has conducted more warfare for so long, killed so many and destroyed so much. It’s all paid for by taxpayers’ money. So why not a tax revolt? And let NATO sell cakes and coffee to finance its work like the peace movement always has to finance theirs? There would be fewer wars!

NATO citizens are cheated: The stability, security and peace that NATO has promised its members and the world since 1949 doesn’t exist and won’t come. If you have promised to achieve something for over 70 years that has still not materialised, it doesn’t take a professor to judge that something has gone madly wrong and it’s time to create common security and real peace by peaceful means.

Its members keep devoting absurd or perverse amounts of economic, technical and human resources in times of the West’s multi-crisis. There is a series of failed wars in the past, a Ukraine war that could have been avoided and now much more of the same armament.

NATO is the main single reason why the West is declining, militarising itself to death. The world needs a completely new peace and security thinking and politics that makes us all safer and frees resources to solve humanity’s most urgent problems now.

Dr Jan Oberg is Director TFF-The Transnational. The Citizen is happy to announce a regular column by Dr Oberg. 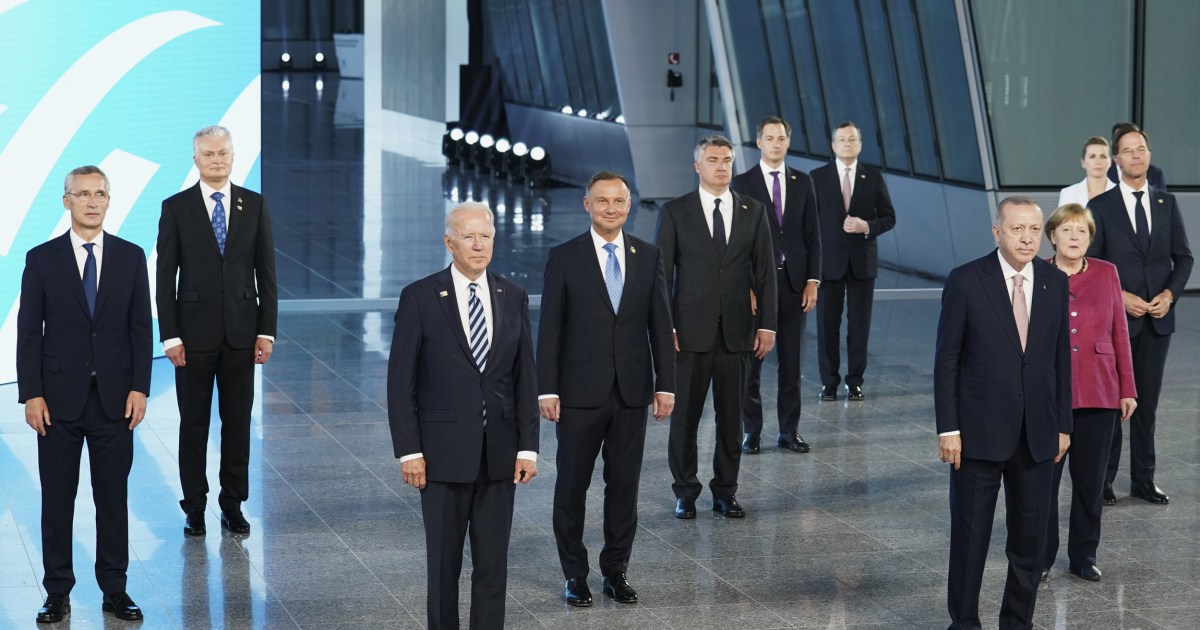