Normalise This: Madhulika Singh and Our Wounded Society

The script is so exhaustingly and frustratingly, consistent. A religious procession passes through a locality dominated by ‘others’ and the frenzied participants resort to incendiary remarks, retaliation happens, and all hell breaks loose.

This storyline can be assumed anywhere in the country, in any dimension i.e., Hindu-Muslim, Hindu-Sikh, Sikh-Muslim, Muslim-Christian etc., and the permutation and combination can be further granularized e.g., Shia-Sunni, Raised Caste-Lowered Caste, etc., and the unimaginative plot remains unchanged.

Part 2 of the tale, is also sadly, bloodcurdlingly consistent. An assortment of morally righteous religio-politicos from across the land jump into the fray. These self-appointed guardians of faith then posture uncontrollable indignation – facts are ‘created’ on the spur of the moment, chest-thumping retribution is promised, and the fearmongering extrapolated to doomsday scenarios, should a partisan ‘change’ not take place!

All these hyper-ventilating banshees, always and always, belong to some partisan persuasion – no one ever, is independent or unbiased of partisanship in their presumptions and deciphering of the situation. Next is the start of ‘identity politics’ and these are never based on ‘inclusion’ or healing, but instead on ‘division’ or polarisation, and herein, fanning the flames becomes an essential part of ensuring the electoral dividend or ‘change’.

In this supercharged environment, to not take sides is suicidal, as the odd one braving to do so, is slammed by ‘both’ sides, as meek and indecisive (even ‘anti-national’ is on the menu these days). Local communities are completely destroyed, toxic hatred is infused and institutionalised, us-versus-them becomes the norm, and the roving partisan apparatchiks responsible for the said area, district or state go to their party headquarters and are dully garlanded and feted for bringing the political ‘change’, ultimately.

The civilisational land bleeds, but who cares? We are all zombie participants in this dance of death, and the unhinged religio-politicos thrive on our easily malleable emotions. There are after all, societal faultlines and imagined history for the picking. Finally, we realise that we ourselves got manipulated, only when it gets too late and one of ‘us’ invariably becomes the ‘other’, in some way.

Have no doubts, everyone ends up becoming the proverbial ‘other’, by the practitioners of ‘othering’. History is instructive and very very consistent, on this one too.

All those commenting recklessly on the sidelines and drawing rooms, usually lack one common element i.e., facts. But in such surcharged times, facts are not the truth, perception is! This is exactly what the religio-politico supremacists (of all faiths, without exception), thrive on.

Beyond determining facts objectively (stripped of partisan prefixations), there is one more thing that citizens and even politicians can do in such wounded times – chose to front the stories that are inherently healing, diffusing and soothing towards the making of an ‘inclusive’ land and narrative, as mandated by the constitution.

The hard facts pertaining to the genesis of the riot can be left to professional law enforcement agencies – hopefully working independently, without a tasked tilt – and the same needs no partisan ‘nyay yatras’ or suchlike provocations from outsiders, that further ignite the inflammatory flames.

The tinderbox of India needs to be spared the unchecked vigilantism, paraconstitutional authorities or even ‘divine’ intervention by the clerical order, of all faiths – no one is above the law, or more ‘Indian’ than the other. Those proven guilty of initiating and stoking the riots must be meted expeditious justice, without extending aspersions on their co-religionists or brethren, in any suggestive way.

Individuals are guilty, faith isn’t. This alas, is political idealism, as we do not have genuinely inclusive, patriotic (one too many nationalists, who do not know the fine difference between the two words), or truly constitution-respecting politicians in any political party, without exception.

All have blood on their hands and only those with the ability to contextualise, market, ‘whatabouterise’ and deflect/distract better than the other, become owners of the ‘truth’! Yet the choice of picking better stories and ‘normalising’ them as our base expectation, rather than ‘normalising’ hate/divide dished out by politicos, is always with us.

Karauli in Rajasthan is the latest of repeat shames, in our young history as a sovereign. As always, positions have been dutifully taken and the unsocial media is flooded with passionate and creative ‘facts’ pertaining to the same.

As always, religio-politicos are haranguing, preaching and sowing the poison of polarisation, and almost all of us have taken a side – hardly any one is saying, “I don’t know enough facts to comment on the same”!

From the burning cauldron of divisiveness that has been ‘normalised’ in recent years – emerges one story with a difference i.e., one of hope, heal and civilisational dignity afforded by a 48-year-old widowed mother of two, Madhulika Singh.

Like all stories emerging from Karauli it demands that I too accept, “I don’t know enough facts to comment on the same” – but I still insist on talking and sharing what I do know to make sure that it is such stories, that become the ‘alternative-normal’, in such times.

Apparently, as the mayhem of violent riots ensued and both communities targeted each other – the brave and noble Madhulika Singh stood tall and firm in her personal convictions, by protecting and giving shelter to 15-odd men (13 of them from the Muslim faith), fleeing the madness.

She stood fearlessly in between and disallowed the mob from entering the place where she had protected these 15 men. At that critical juncture, she wouldn’t have known their faiths necessarily, and seemingly, she didn’t care! She was later joined by 3-4 other women in dousing the fires lit by the arsonists, with buckets of water.

Later the Bazar Association Chief, Rajendra Sharma stated the obvious, and the necessary, “Hindus and Muslims have done business together for years in this market. We don't want a situation where there is distrust and divide among people. We want peace and brotherhood to return”.

But will the drowned voices of sanity, decency and constitutionality ever reach the dark souls of those who seek to keep the flame of bigotry and divide, burning and thriving?

There are always many Madhulika Singhs on both sides of any riots, but to publicize them and their stories, their undeniable bravery, and virtues, would nullify the efforts of those fiery religio-politicos, whose sole purpose is to create walls between communities.

In deranged times like today, when even the likes of Mahatma Gandhi are shamefully questioned, it is important to contexualise the valour of Madhulika Singh with the Mahatma’s sagacious words, ‘It’s easy to stand in the crowd but it takes courage to stand alone.’

The story of Madhulika Singh needs wider sharing, escalation and normalization in the imagination of the citizenry, if only to strengthen that priceless spirit of the ‘Idea of India’ that is essentially caring, secular and resilient in the face of adversity. ‘Madhulika Singh’ as a metaphor, still survives in this ancient land not owing to such unhinged politicians, but despite them!

The project of democracy is always called an ‘experiment’, for reason, as the past is never perfect, pristine, or glorious – it has its share of good and evil. While it makes sense for the religio-politicos to rewrite or reimagine history by cherry-picking the faultlines – which delivers electoral dividends – the choice is on us to deliberately pick the Madhulika Singhs instead, and nurture our consciousness, preference and instinct, with such acts of humanity and dignity.

This would make sense from all possible benefits of social harmony and progress, and above all, to force the politicos to talk development, employment, environment, security etc. etc., and not just the distractions of Mandir, Masjid, Gurdwara or Church, as they increasingly do.

In the din of shrill threats, cowardly jubilation, and inelegant attributions, the importance of the story of ‘Madhulika Singh’ in wounded times, can never be overstated. Let’s normalise it, and not the other stories, even, “If I don’t know enough facts to comment on the same”… 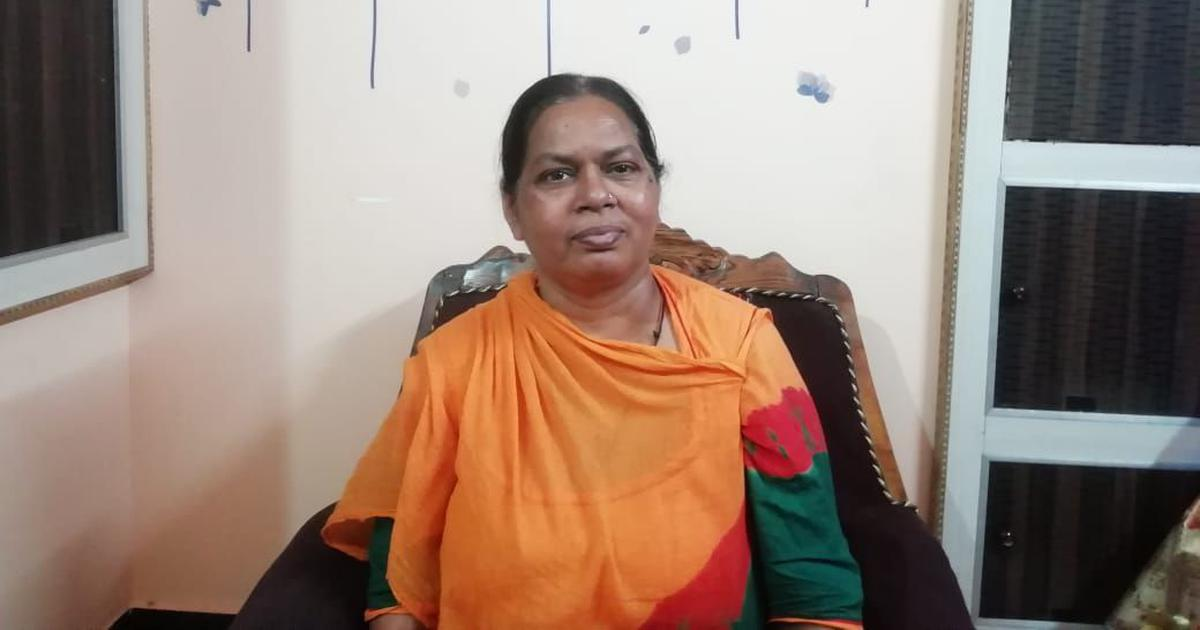