It took just one woman to show up the entire political class. Brinda Karat, fiery and passionate as always, came to the rescue of the hapless dwellers of Jahangirpuri in the capital of India, and brought the fearsome bulldozers to a stop. And in the process demonstrated what a politician, armed with courage, can do even as the BJP moved the bulldozers into the tenements of the poorest of poor; and the Aam Aadmi Party pretended to wring its hands with the usual, “what we can do, we have no power”; and the Congress targeted the AAP for doing nothing while sitting in the comfort of its own home.

The bulldozers moved in without giving any notice to the impoverished Muslims of Jahangirpuri. Their pleas and cries reached no ears, as they were literally locked out of their own area by the teams of the MCD and the Delhi police, and could only watch their lives being demolished before their eyes. Civil organisations rushed to the courts, managed to get relief from the Supreme Court, but the bulldozers did not stop maintaining that they had not got any court notice.

It was left to Karat to run from pillar to post, to rush to the authorities, to stand in front of the bulldozers making it loud and clear that the courts had issued a stay, and this had to be followed. The photographs were incidental but became the defining picture of this particular demolition - a woman in a sari standing in front of the bulldozer that represented the might of the government at the centre. And it had to stop! And the remaining homes and shops and thelas were spared.

If the chief minister of Delhi Arvind Kejriwal had reached Jahangirpuri right in the morning, perhaps not a single tenement would have fallen. And the citizens would have been spared not just the economic distress, but the mental trauma of the demolition. If he had shown the honesty and the courage to reach the spot with his legislators or party workers, the story would have been different. In that all shops and homes would have been spared, and the people being impacted would have been able to breathe in relief.

If Sonia Gandhi and her children had rushed to the spot the people who were so isolated and so terrified would have felt the support, felt comforted, and a message would have been sent out that the Opposition is alive and kicking, and will come to the rescue of the people when threatened and assaulted needlessly.

But none of this happened, the two parties of Delhi just made excuses, traded accusations and sat at home. In fact they are still sitting at home. And it was left to Karat, a politburo member of the CPI-M, that has no electoral stakes in Delhi to assert the true meaning of democracy, rights and freedoms. The primary signal from her political action is that democracy is alive but needs support through direct political intervention. She gave meaning to the court order, and brought relief to the victims.

Perhaps it is time for Kejriwal and Sonia Gandhi to learn that democracy is not just about elections and it cannot be saved by winning elections, but by direct political intervention on the side of the people. And this gets its strength from the undiluted Idea of India. 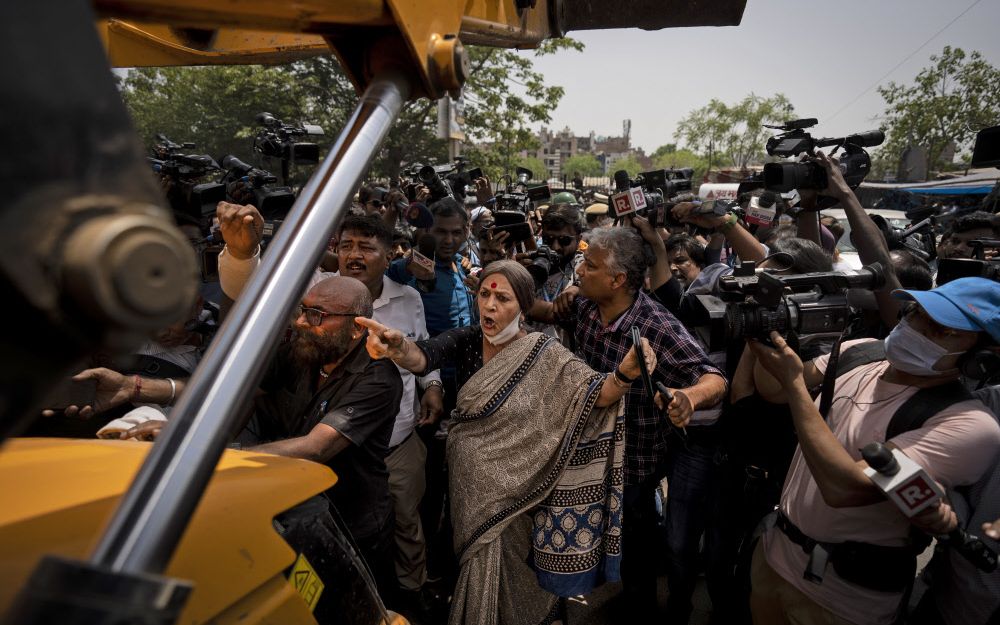