Memories of the Covid pandemic that raged through India and killed countless might have faded for some, but not for those whose households paid a price. And even at that time there was widespread acceptance that the figures being cited by several state governments were not just wrong but ridiculous, and a cover up of reality. Funeral pyres burnt all over, mass burials were reported from states, and horrific photographs of the Ganga banks covered with dead bodies of Covid victims made the rounds. The journalists reporting the truth suffered as well with a major Hindi newspaper in UP inviting the government’s wrath for its exposures on the pandemic. In short, allegations of fudging figures have dogged the authorities all over, with opposition leaders and health experts pointing towards this. After dodging queries, the central government finally released its annual data for registration of births and deaths for 2020 that showed 4.75 lakhs more deaths than in previous years. Of course the CRS (civil registration system) does not record cause-specific mortality but this has led many commentators and experts to point at an admission of high Covid mortality during that fateful year.

In the midst of this has come the World Health Organisation data, according to which Covid could have claimed the lives of 47.4 lakhs in India in 2020 and 2021. This is ten times India’s own official figure of 4.81 lakhs till the end of 2021. The central government has objected to WHO's process and methodology several times, and after the report was made public it issued a statement, “WHO has released the excess mortality estimates without adequately addressing India’s concerns.” The Union Health Ministry said that “mathematical models should not be used for projecting excess mortality numbers for India” as it has its own authentic data from CRS. Media reports have suggested that ministry sources asked why only 17 states were selected, and why did the WHO numbers keep fluctuating until these settled at 47 lakhs.

The discrepancy between the two figures is huge, and currently irreconcilable. It is clear of course, that the government statistics of Covid deaths is an undercount. But the WHO statistics are also staggering, and as experts have said, the correct figure lies between the two extremes. However, this too at best is speculation and the statistics by India and the global organisation need to be reconciled through perhaps yet another tabulation by an international credible organisation in a transparent manner. This is important for India as well as the world that is currently studying the deadly virus, its impact, and its reach. This is not news to be suppressed, but to be discussed and debated so that a fresh study can bring out the facts so that the controversy rests. Data from the Sample Registration Survey, some experts say, will help as the states are currently updating their tallies. SRS surveys the birth and deaths every year with an average of 83.5 lakh deaths reported every year.

According to the WHO tally over 90 percent of India’s covid deaths went unreported. That's a staggeringly high percentage that many here are looking at with disbelief. At the same time, given the controversy over the statistics emerging from the Indian authorities, there is enough of a question mark on both sets of statistics. Cover up operations are not conducive to science and research, let alone the human aspect of the tragedy, and trust in governments. It is, thus, important for the figures to be reviewed and peoples trust and confidence restored in the system. 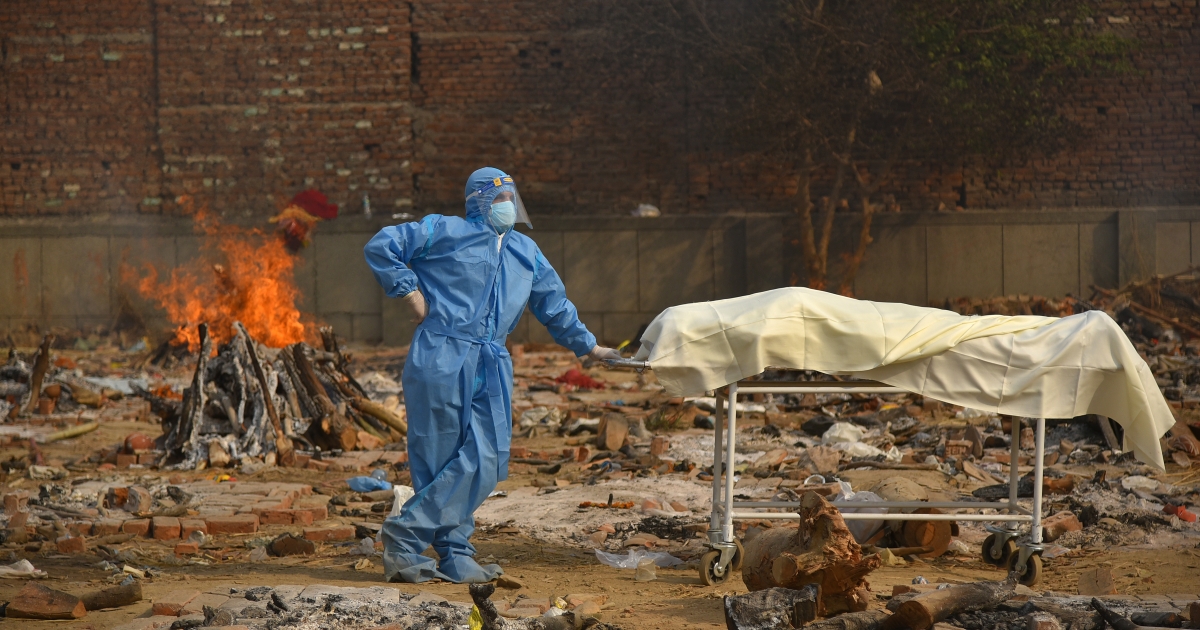