Can Bangladesh Become An Economic Powerhouse?

DHAKA: According to Pricewaterhouse Coopers, Bangladesh has the potential to become the world’s 23rd largest economy by 2050.

In a report released earlier this month, PwC also predicted Bangladesh would be the 28th biggest economy by 2030 in terms of its Gross Domestic Product calculated at Purchasing Power Parity. This may not seem like a big deal given that Bangladesh already has the 31st largest economy in the world in terms of total GDP; however, thinking along that line may be misleading given the bigger picture. 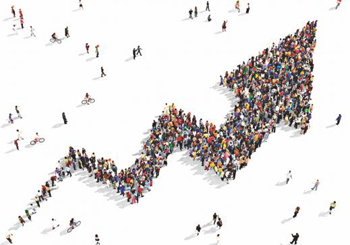 First of all, moving up eight places in the ranking will itself be quite an achievement given the urgency with which countries in the modern world are competing with each other on the economic front. Secondly, and perhaps more importantly, the projection shows Bangladesh’s economy growing from USD 628 billion in 2016 to USD 1,324 billion in 2030 and then to USD 3,064 billion in the year 2050.

This will put Bangladesh right behind Canada with a GDP of USD 3,100 billion in 2050 having increased the size of its economy nearly five-fold since 2016, whereas the Canadian economy, over the same period, would have only doubled its current size as would the world economy. This amazing potential for Bangladesh to rapidly increase the size of its economy has even been highlighted by PwC’s report which says, “We project Vietnam, India and Bangladesh to be three of the world’s fastest growing economies over this period [between 2016 and 2050]”.

With an average annual growth of about 5 percent, largely because of its “youthful and working age population”, Bangladesh does have the potential to make rapid progress. But as a report by the Centre for Development and Employment Research showed, 25 percent of the population in Bangladesh between the ages of 15 and 29 — numbering around 11 million — are currently inactive, i.e. they are neither in the education cycle nor involved with any economic activity. Moreover, and this to some may seem even more perplexing, “the prevalence of unemployment is greater among the higher educated section of the youth”.

Given that about 40 percent of Bangladesh’s population is comprised of the youth, this is indeed a grim reality. Simultaneously, it is also a classic example of the unfathomably high inefficiency that plagues every sector of our economy. What, after all, could be a better way of wasting, what one could argue, is the country’s most valuable and abundant resource, than to leave the youth out of the mainstream economy? And, that too, the most educated sections of it?

But in order to live up to its true potential, the country quickly needs to change this scenario around. Bringing the youth into the fold will not only help the economy by increasing overall productivity, but will also help lower various external costs which in itself will prove to be of great benefit.

Another point worthy of mention is that in order to realise its full economic potential, similar to other emerging markets, the Bangladesh government, according to PwC, would have to “implement structural reforms to improve” its “macroeconomic stability, infrastructure and institutions”. And this is where the biggest challenge lies.

The amount of corruption in every sector of our country has become so internalised, that reversing this will not be easy, albeit indispensable for growth. Corruption is not only holding development back through the misallocation of resources, delay in project implementation and completion, but is also wreaking havoc in our banking sector.

For example, although the industry’s average default loan is currently 10.34 percent, it is around 25 percent for the state-owned banks. Even the Governor of the Bangladesh Bank has recently had to admit that “It would be difficult to attain a higher economic growth if the rate of default loans remains high”. Though this exact sentiment has been repeated by experts for years now, what we have seen the government do ultimately is to let those responsible for the increase in dubious or bad loans get off the hook scot-free, leaving taxpayers holding the bill.

We have already seen during the 2008 global financial crisis what this can do. We have also seen the eventual outcome of ‘bailing’ banks out. And yet, it seems we have failed to take any lessons from it. Who is to say that a similar liquidity crisis cannot set us back by years if we continue down the same path? The truth is, no one can, as that is the guaranteed outcome down the path we are pursuing.

At the same time, corruption is also the biggest hindrance we face when it comes to developing our infrastructure. Clearly the infrastructure we have now is completely inadequate to support businesses and other economic activities on a large enough scale. However, even with massive investments coming in from abroad, the pace at which development is taking shape is still quite slow. In the interest of quickening them and to allow businesses to set up and function competitively, the government urgently needs to introduce many structural reforms and changes.

The fact of the matter is that Bangladesh has all the tools available at its disposal to rapidly move its economy ahead in the years to come. What it does need is to sort out some of the most basic problems which it has failed to address for decades despite the solutions to those problems being quite clear-cut.

And the main reason for that has been a lack of political will. If, however, that political will is found, who is to say that Bangladesh cannot become an economic powerhouse, capable of providing a peaceful and decent life for all its citizens? Now, is that not an end worth pursuing?

(The writer is a member of the editorial team at The Daily Star. INTER SERVICE PRESS)