NEW DELHI: As a truck bomb devastated a central area of Kabul on Wednesday, killing more than 90 people and wounding another 400 in what has been one of the deadliest attacks in Afghanistan in recent years, social media remained relatively silent.

While world leaders condemned the attack, social media was relatively silent. Some users pointed to the fact that the terror attack in Manchester earlier in the month that killed 23 people at singer Ariana Grande’s concert received far more attention in news pages as well as on social media. 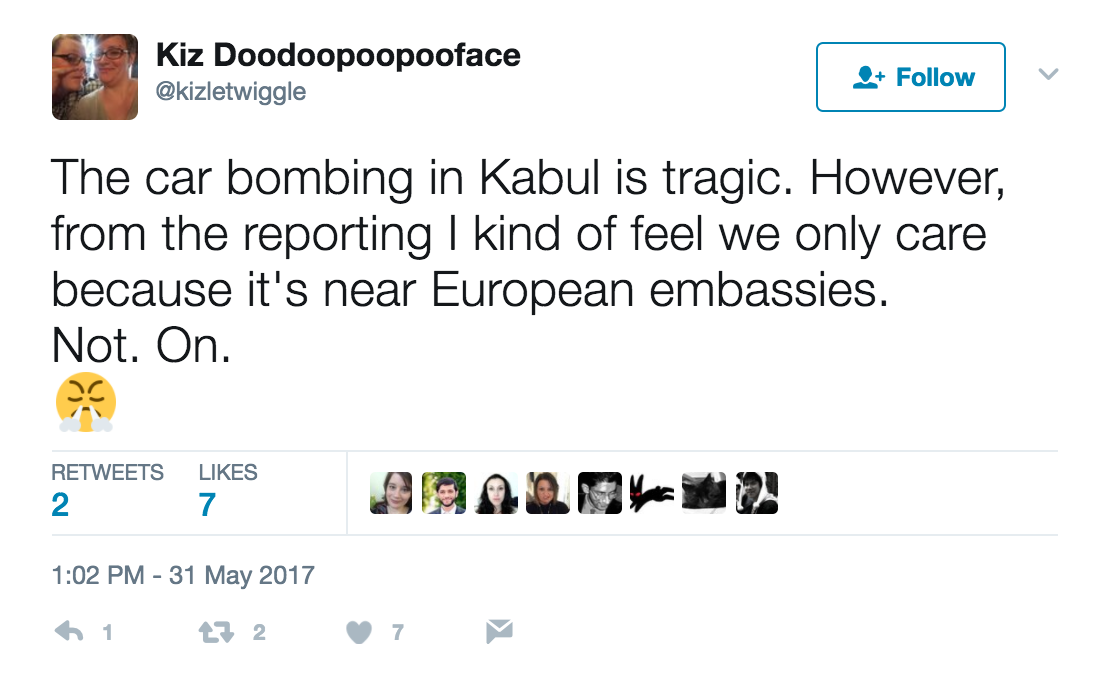 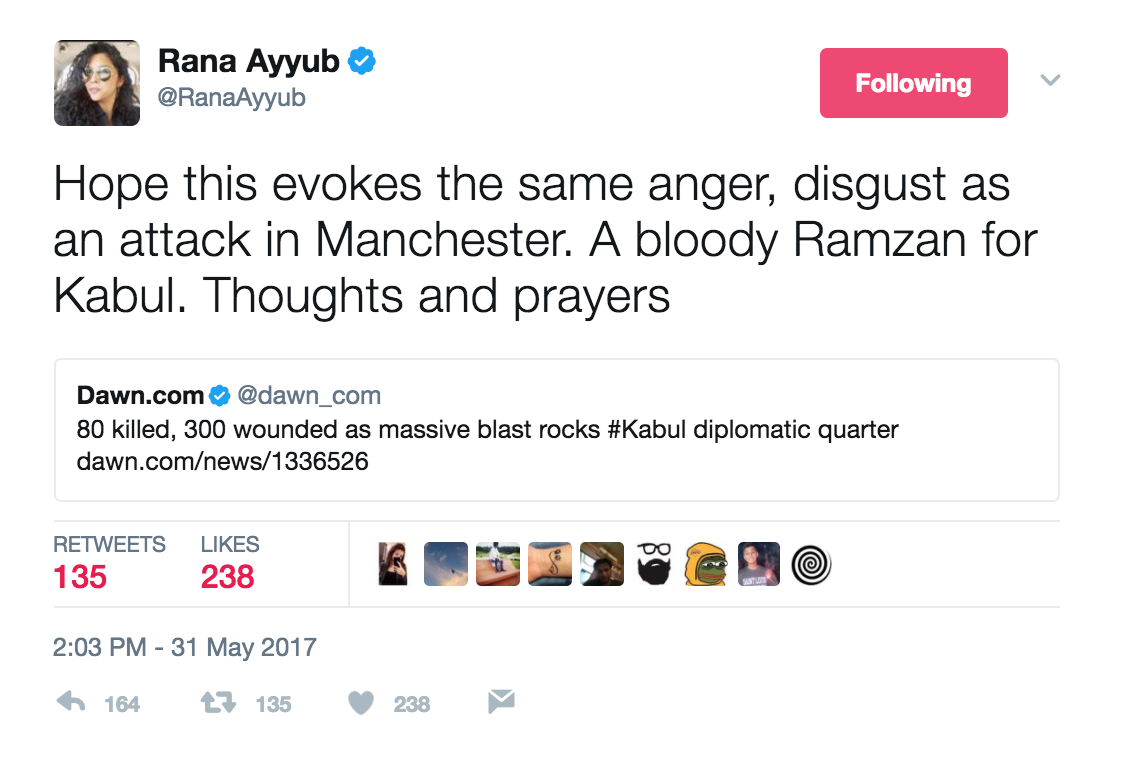 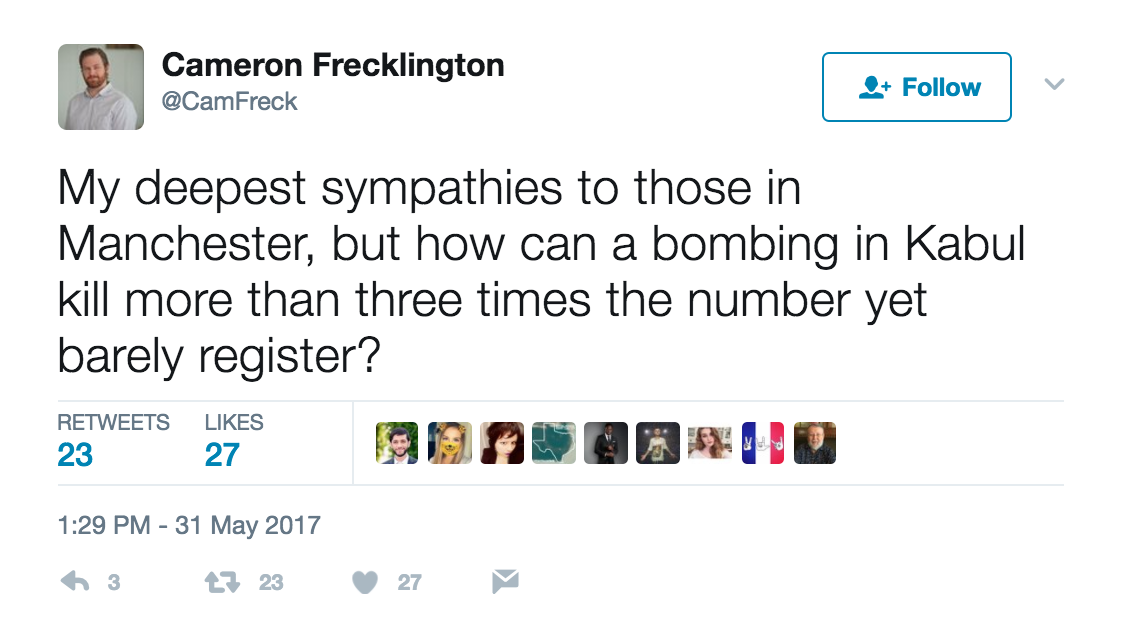 Others pointed to the fact that while other attacks -- such as those in Paris, Berlin or Manchester -- receive widespread attention in the media, Kabul and other attacks in countries such as Afghanistan, Iraq, Syria, or even Pakistan, barely find mention.

Some highlighted the fact that despite the fact that almost a 100 lives had been lost in the attack, international media was more preoccupied with other news. In particular, a tweet by United States President Donald Trump received perhaps more than its fair share of attention as the media tried to decode a message that read, “Despite the constant negative press covfefe.” The word was probably an error, but media headlines were dominated by the faux pas.

A few tweets pointed to the fact that when the terror attacks occur in western countries, then the religion of the terrorist -- that of a Muslim -- becomes a central theme. However, when the targets are largely Muslim, such as was the case in Kabul, religion acquires a different context. Tweets making this point are often combined with the hashtag #TerrorHasNoReligion, highlighting the fact that terror attacks target people across religions and nationalities.