The Taliban Keeps Getting Richer, And More Powerful

NEW DELHI: Afghanistan has virtually disappeared from the headlines ever since United States President Donald Trump took over, partly owing to the reason that the new administration has failed to put forth a concrete strategy to tackle militancy in the war-torn country.

A new report, meanwhile, suggests that the Taliban is continuing to gain power and influence -- with the group increasing the territory under their control in the last six months. As of August, 13 per cent of the 407 districts in Afghanistan were under Taliban control or influence, compared with 11 per cent in February, according to a report from the Special Inspector General for Afghanistan Reconstruction (SIGAR).

Reports from the ground corroborate this assessment.

Further, a United Nations opium-cultivation report released this quarter found that the estimated value of opiates produced in Afghanistan nearly doubled from $1.56 billion in 2015 to $3.02 billion in 2016. The increase is a result of a higher level of opium production—43% more than in 2015—and higher heroin prices in neighboring countries. The current value of the opiates is worth more than two-thirds of the output of the country’s entire agricultural sector.

Despite a U.S. investment of $8.6 billion to counter Afghanistan’s illicit narcotics economy, Afghanistan remains the world’s largest opium producer and exporter—producing an estimated 80% of the world’s opium. The narcotics industry—coupled with rampant corruption and fraud—is a major source of illicit revenue for the country.

The Taliban has targeted opium producing areas, and now controls a large part of the country’s illicit drug trade. Afghanistan produces over 85% of the world’s opium -- and figures relating to the trade including area under cultivation, output and regional opium price, have all seen consistent increase despite more than $8 billion spent by the United States alone to fight it over the years. The total opium trade is estimated to be worth a whopping $60 billion.

The role of opium in fuelling the war in Afghanistan cannot be overlooked. Afghan President Ashraf Ghani said as much recently. “Without drugs, this war would have been long over… The heroin is a very important driver of this war.”

Curbing the opium trade, however, received little mention in the Trump administration’s new policy for Afghanistan. 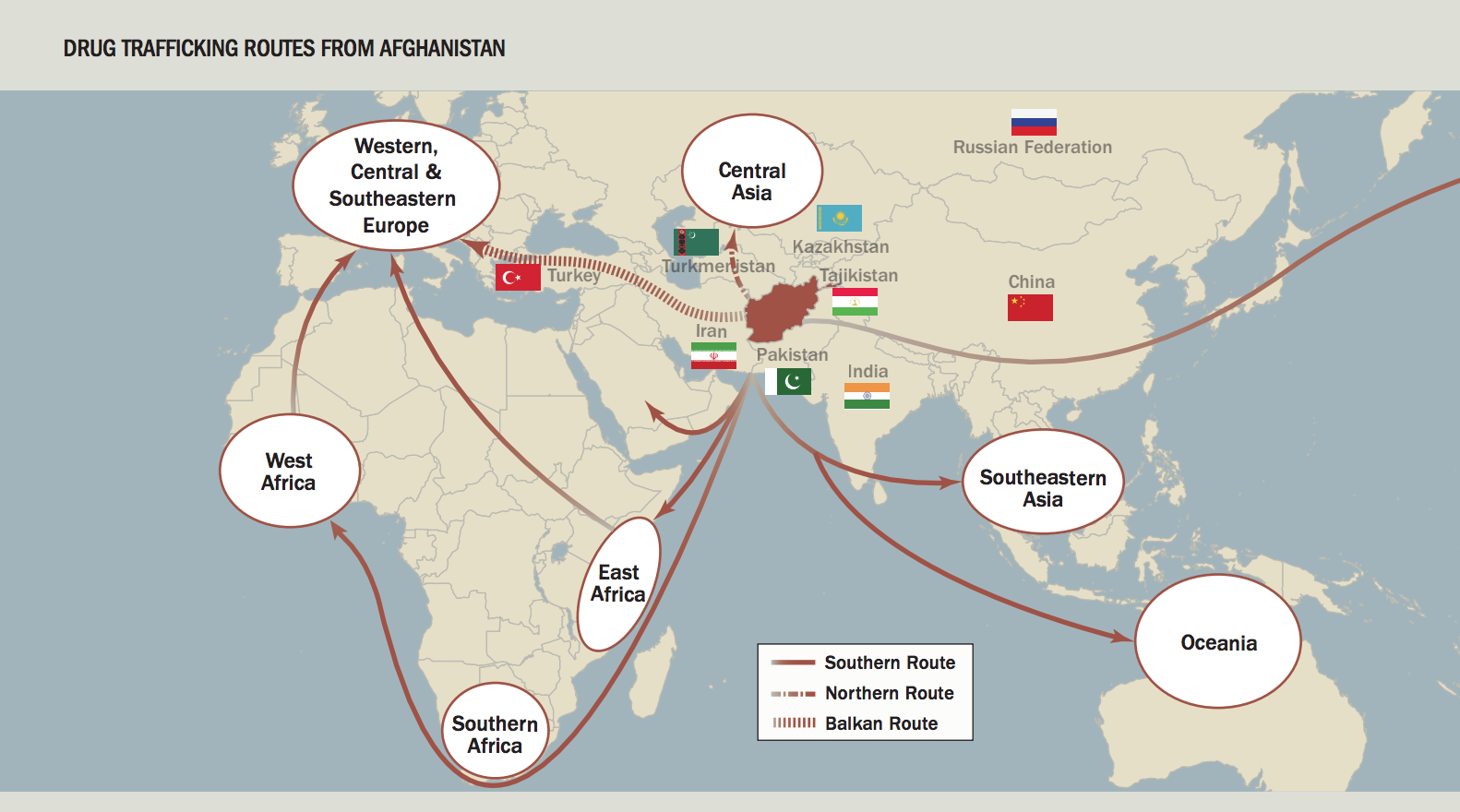 Meanwhile, war continues and civilians bear the brunt of the violence, as civilian casualties continue to rise. The SIGAR report said there had been a 52 per cent increase in civilian casualties from coalition and Afghan air strikes in the first nine months of 2017 compared with the same period in 2016.

Meanwhile, terror attacks remain an everyday reality. In fact, at the time of writing, the news that four people were killed in a suicide attack in central Kabul had recently broken. Afghanistan’s Interior Ministry said that 13 people were also wounded in the October 31 blast in the so-called "Green Zone," where many embassies and the head offices of major international organizations are located.

The Islamic State claimed responsibility for the attack. The attack follows a string of attacks carried out by the Islamic State or Taliban targeting Afghan security installations and mosques in recent weeks.

In Kabul earlier in October, an attack on a Shi'ite mosque in the city killed more than 50 people. A separate attack on an army training facility killed at least 15 soldiers.

Responding to a wave of attacks by armed groups in Afghanistan that has deliberately targeted civilians, including religious minorities, over the past month, Horia Mosadiq, Amnesty International’s Afghanistan Researcher, said:

“Today’s bombing is the latest tragedy to befall people in Afghanistan in what has been a blood-soaked month. The deliberate targeting of civilians is a war crime. The victims of this horrific wave of violence must not be reduced to objects of pity. They deserve justice. Those responsible for these crimes must be prosecuted and punished in fair trials to end the culture of impunity for such atrocities.

“The Afghan authorities have a responsibility to do whatever they can to protect civilians from attacks by armed groups. Official condemnation is not enough.

“The unrelenting violence in Afghanistan also shows that the country is not safe. European countries who have been forcibly returning Afghans, in violation of international law, must face up to this reality. By sending people back, they are putting them in harm’s way.”