P.K BALACHANDRAN writes on the first ever Sri Lanka budget to address reconciliation

COLOMBO: Sri Lankan Finance Minister Mangala Samaraweera on Wednesday presented the country’s first ever budget to address key issues of post-war ethnic reconciliation by allocating approximately US$ 63 million for a variety of socially relevant projects in the war-torn Northern Province.

“The amount is small, but the targeting or identification of the projects for the allocation of funds, shows that it is a well thought out budget,” commented Tamil National Alliance (TNA) MP for Jaffna district, M.A.Sumanthiran.

“The government has not only chosen the right areas for concentration but has also taken a long term view. The issues and projects identified in the North and East are those which the TNA had drawn attention to, “ he added.

The TNA is the official opposition in the Sri Lankan parliament but it is an ally of the government, working with it to promote post-war ethnic reconciliation.

Addressing the emotional, highly political and internationalized issue of missing persons, the budget has allocated Rs. 1400 million (US$ 9.1 million) for setting up the Office of Missing Persons (OMP). Minister Samaraweera said that the OMP should be functioning by January 2018.

Rs. 750 million (US$ 4.8 million) has been set apart for building 50,000 brick and mortar houses in the war-torn Northern Province, which substantially addresses a major problem in the province which had seen war for decades from the early 1980s. This is in addition to the 50,000 built with Indian aid in the North and East.

The earlier plan was to let Arcleor Mittal, a European company headed by the Indian tycoon Lakshmi Mittal, to build 65,000 prefabricated steel houses. This matter is sub-judice as TNA MP Sumanthiran had gone to the Supreme Court against it. The people of the North have been wanting brick and mortar houses which are more suited to the hot weather that prevails in the North for most of the year, and not steel houses.

Since opportunities for livelihood have been poor in the North because of the war and the aftermath of the war, especially for women, and since infrastructure had not developed in the war years, Rs.2,750 million (US$ 17.9 million) has been allocated for all round development, which includes a home for disabled women in the North.

“Disabled women, seen as a liability by fmilies, often find themselves homeless. There had been a demand for a home for them so that they don’t feel totally helpless. The demand was for one home, and the budget has provided for it,” Sumanthiran explained.

Post war reconstruction of houses and other damaged or destroyed resources have been costly for the war victims and many had to go into deep debt.

To pull them out of the debt trap, the budget has allocated Rs.1,000 million (US$ 6.5 million) to provide grants and low interest loans to deserving cases in the Northern and North Central Provinces. 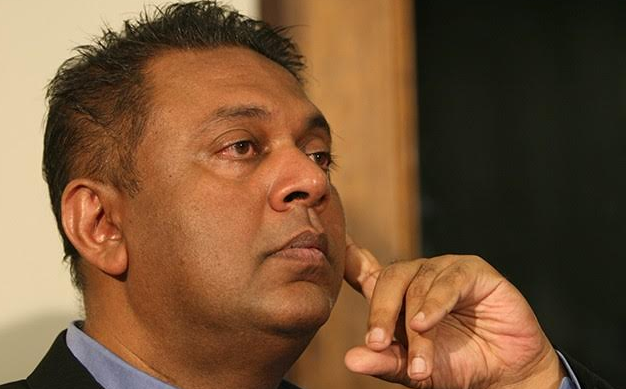 Since former cadres of the rebel Liberation Tigers of Tami Eelam (LTTE) are among the most disadvantaged in North Sri Lanka with society and businesses unwilling to take them into their fold, Rs.25 million (US$ 162,760) has been apportioned to develop entrepreneurship among ex-LTTE cadres and war-affected women.

Another Rs.25 million (US$ 162, 760) million allocated to give formal educational certificates to those of the 12,600 rehabilitated ex-LTTE cadres who have adequate skills but lack formal training, education or officially recognized certificates.

“This will enable the skilled cadres get jobs and a clientele,” Sumanthiran said.

To further help ex-cadres find jobs, Rs.250 million (US 1.6 million) has been set apart for distribution among private firms which employ at least 5 ex-LTTE cadres. This will be a 50% subsidy of the salaries paid to them with an upper limit of Rs.10,000. The scheme is for 12 months.

“The subsidy is to encourage private enterprises to employ some former combatants and help them get back into society,” Sumanthiran said.

Rs.2750 million (US$ 17.9 million) goes for the development of housing and infrastructural development in Mannar district to help Muslims who had returned from exile after the end of the war in 2009.

In 1990, Muslims of the Northern Province, especially Mannar district, were expelled by the LTTE overnight. They had to leave everything behind except the clothes they were wearing.

Rs.40 million (US$ 260, 416) goes for two food processing plants in Delft Island and Kilinochchi to help agriculture. Rs.2000 million (US$ 13 million) has been allocated for irrigation and water management in the Northern provinces.

Rs.150 million (US$ 976,563) goes for rebuilding Myliddy harbor as a fishing harbor with all facilities including cold storage.This will enable displaced Tamil fishermen to get back to their habitat.

To promote industry in the North, which is lagging behind in industrialization, Rs.100 million (US$ 651,042) has been allocated to provide 50% electricity subsidy for two years for factories in Achchuveli Industrial Estate. At the moment, only 50% of the facilities in the estate is being used for want of takers, Minister Samarweera said.

Rs.100 million (US$ 651, 042) has been allocated for modern Economic Centers in Jaffna (Northern Province) and Dambulla (in the North Central Province).

Rs.200 million (US$ 1.3 million) has been set apart for the Ministry of Official Languages to promote the use of Tamil as an official language apart from Sinhalese and English.

And to keep the dialogue on ethnic reconciliation going, as the problem is multi-faceted and deep rooted, the budget has provided Rs.180 million (US$ 1.1 million) for the Secretariat for Coordinating Reconciliation Mechanism (SCRM). The Minister also pointed out that the SCRM has been given an extension.

India-China: ‘Probability of an Armageddon is Zero’ 5 hours ago